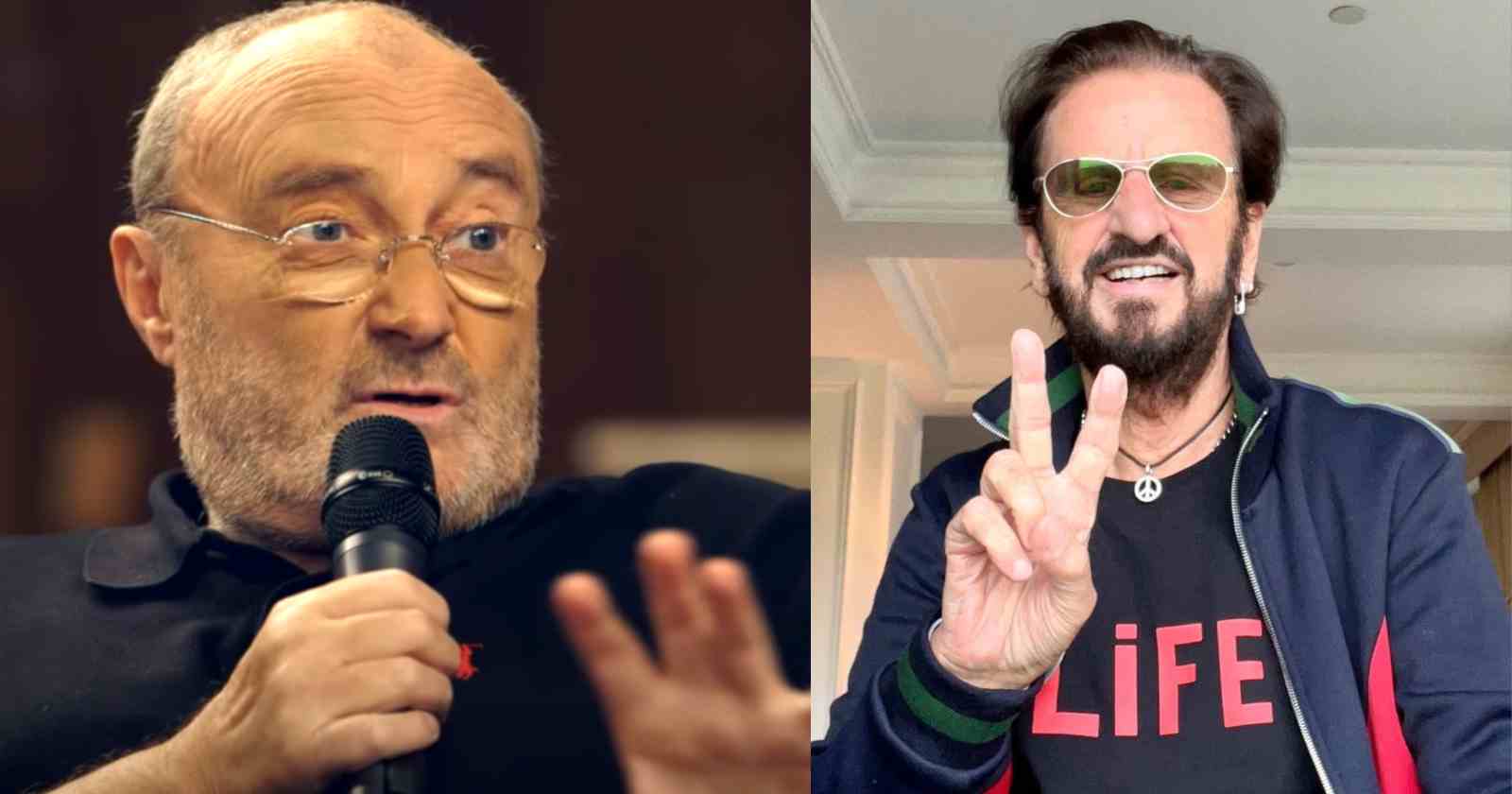 One of the most famous and influential drummers of all time, Ringo Starr was an important part of The Beatles sound. He helped the band to become the best-selling music act of all time with an estimated amount of 600 million records sold worldwide. Over the decades many of his peers gave their opinion on his playing and one of them was the Genesis drummer and singer Phil Collins.

What is Phil Collins’ opinion on Ringo Starr

In an interview back in 2008 for the movie “The Beatles: Rare and Unseen” (Transcribed by Rock and Roll Garage), Phil Collins praised the drummer said that Ringo does things not any other drummer would naturally do. “Ringo is a fantastic drummer, fantastic drummer. There was a period in the 70s, probably I think, where people like Buddy Rich were saying Ringo couldn’t play and everyone was thinking he was very simple. But it just wasn’t. If you listen to the drum fills in ‘Strawberry Fields Forever’, ‘A Day In The Life’, ‘Rain’, it’s just staggering what he did. He didn’t ever do anything that you would normally do. It’s not the kind of thing that a drummer naturally sits down to play like that.”

“He would just play these very complicated tricky fills naturally. So I’ve got a lot of respect for him as a drummer. He was playing drums in regular bands. It’s not as if they found him. He was a drummer and he always said that he just wanted to play, he was a drummer. So he got very offended when people started calling his drum fills ‘silly little drum fills’, because he felt he was pretty good. He never wanted a solo, apart from that one which he was persuated to do on ‘Abbey Road’. But he does things very unconventional.”

“People like Keith Moon is another one, unconventional. Also a lot of personality so when you hear him play you kind of know it’s him. It’s like a technical point of view, they’re called drags (Imitates the drum parts from the beginning of ‘Strawberry Fields’) ‘Let me take you there…’ It’s just so out there. It’s not the kind of thing that a normal drummer would play. Being a normal drummer I can (say that),” Phil Collins said.

Phil Collins had the chance to perform The Beatles classic “While My Guitar Gently Weeps” alongside Ringo Starr back in 1987 at the Prince’s Trust Rock Gala. Also were in the band that night names like Elton John, Jools Holland, Eric Clapton, Mark King and Jeff Lynne.

In a radio interview back in 2016 with BBC 6 Radio (Transcribed by Rock and Roll Garage) Phil talked about the 5 drummers he likes the most. One of them of course is Ringo Starr. The musician cited 3 Beatles songs where the skills of the drummer can be easily heard.

“But what Ringo did, he bought drums out from the back and made people listen to them slightly. I mean, when you say ‘Oh, I love this song’, sometimes people should say ‘Listen to what’s going on behind’. Like ‘All My Loving’, which is a difficult kind of song to play. It sounds like an easy shuffle but to play it properly it isn’t easy. You know, he was moving, he was really flashing around,” Phil Collins said.