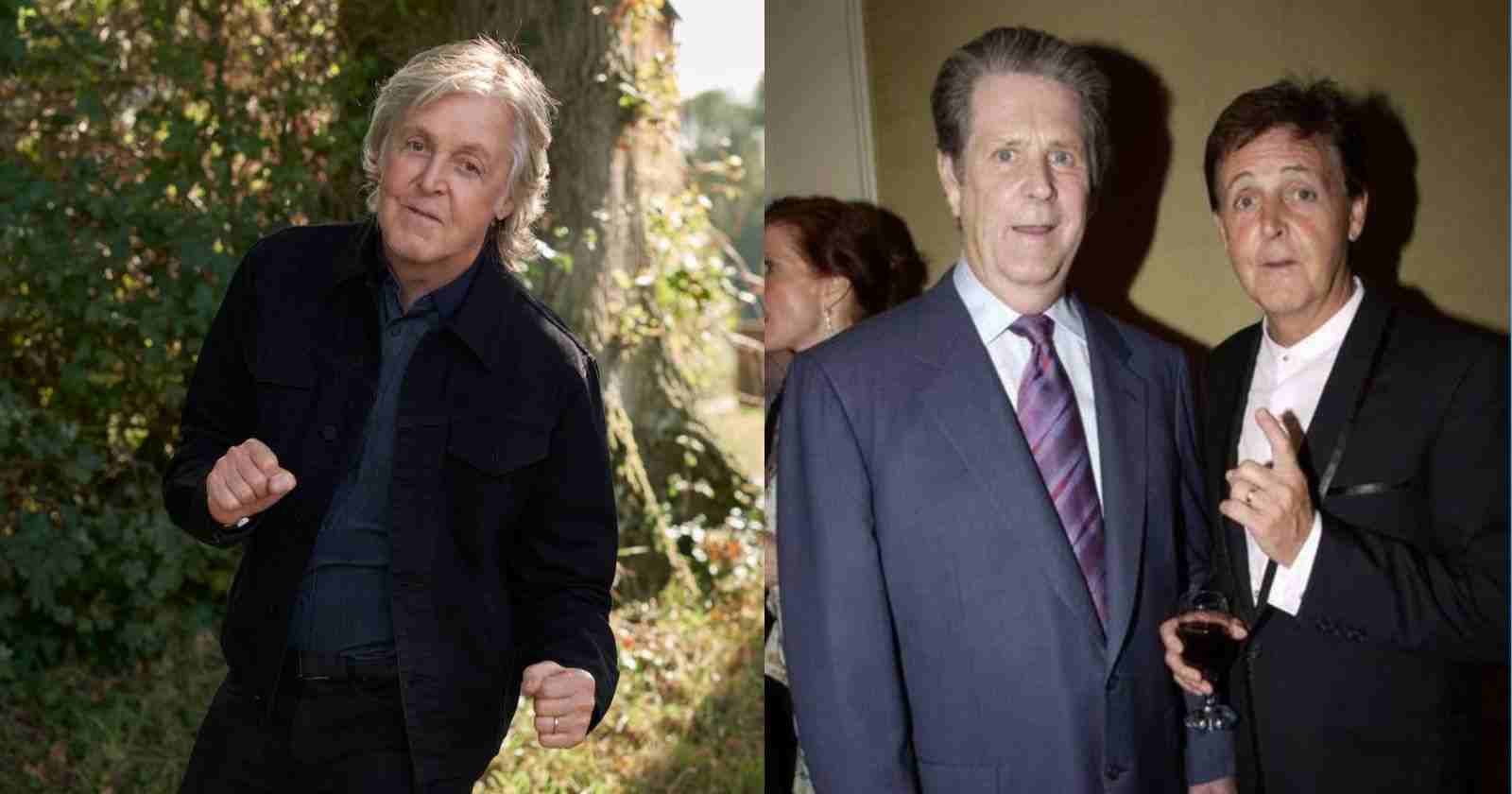 Legendary Beatles bassist and singer Paul McCartney talked in an interview with The Rolling Stones‘ Ronnie Wood about his favorite Beach Boys song and when he played with the American band’s mastermind, Brian Wilson.

“You know, Brian Wilson sort of proved himself to be like a really amazing composer and I was into chords, harmonies and stuff at that time and we ended up with this kind of rivalry. We put a song out, Brian adhere it and he’d do one. Which is nice, like me and John, you know, we kind of try to top each other all the time. But he eventually came out with  “God Only Knows” that was a sound stomper on Pet Sounds. I just think it’s a great song… melody, harmonies, words.”

About playing “God Only Knows” with Brian Wilson he said:

“I got to sing it with Brian once, when we did a benifit (show) together and I was okay at the actual performance, I held it together. But at the rehearsal, at the soundcheck I lost it, because it’s very emotional, this song, I find it. (I was thinking) ‘Oh my god, i’m singing with Brian’, just got me, I couldn’t. And all it is, it’s little vibrations reaching your music, it’s only little vibrations, little words and little things. There is this powerful effect, you know.

Paul McCartney continued: “The healing power of music is serious. Remember we either make Ollie and James, just my little teenage mates cool, we used to go down and get together, but one day I went back to his house and had a headache, steaming headache. We put on “All Shook Up” by Elvis and by the time that record had ended I didn’t had a headache.

The Beach Boys are an American rock band formed in Hawthorne, California in 1961. The group’s original lineup consisted of brothers Brian, Dennis, and Carl Wilson, their cousin Mike Love, and friend Al Jardine.

Distinguished by their vocal harmonies, adolescent-oriented themes, and musical ingenuity, they are one of the most influential acts of the rock era.

They drew on the music of older pop vocal groups, 1950s rock and roll, and black R&B to create their unique sound, and under Brian’s direction, often incorporated classical or jazz elements and unconventional recording techniques in innovative ways.