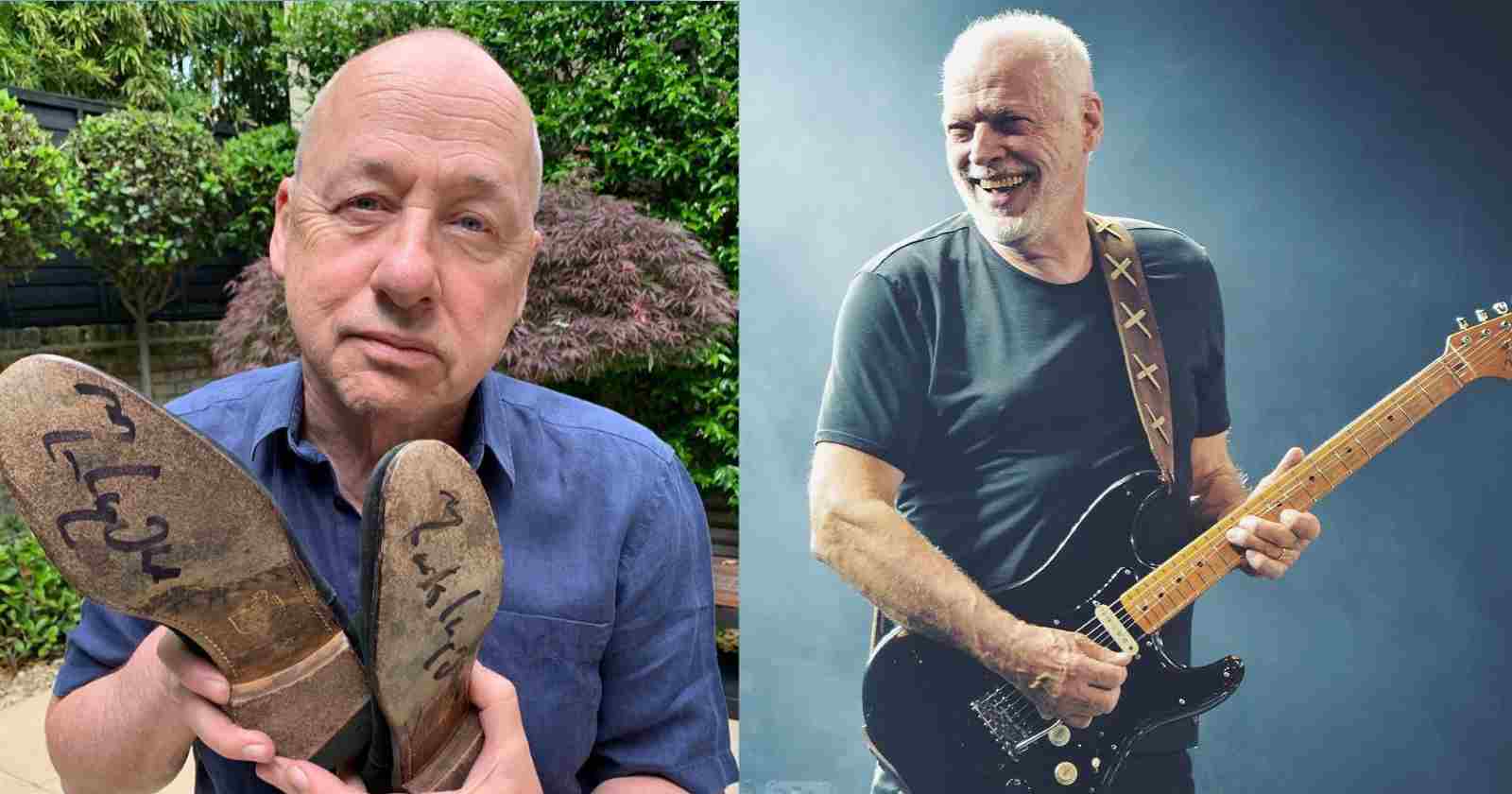 The former Dire Straits guitarist and singer Mark Knopfler made history with the band during the 70s and 80s becoming an influence to many other musicians all over the world. The British group sold more than 120 million records worldwide.

Over the decades the guitar player talked about many of his peers, including the legendary Pink Floyd guitarist and singer David Gilmour.

In an interview with the French Guitarist magazine back in 2002 (Translated by Rock and Roll Garage), Mark Knopfler talked about Gilmour, saying: “I’ve played with him before. But we haven’t recorded together. I like its intonation, there is always a side “swamp”, bluesy, in the sound of his Stratocaster. But also a crystalline quality at the same time, which corresponds more to my personal sound”.

“What I also like about Dave is the way he plays while wandering around the central melody, which he rarely approaches in a frontal way. It is the mark of a great guitarist.”

What is David Gilmour’s opinion on Mark Knopfler

The legendary Pink Floyd guitarist and singer David Gilmour also likes Knopfler’s music. He even listed in an interview with Guitar Tricks Insider the 1978 Dire Straits’ self-titled debut album as one of his favorites of all time.

The record had the number 1 hit single “Sultans Of Swing” that remains as one of their most famous songs. Back in 1985, David Gilmour already told Guitar Classics magazine that Dire Straits vocalist and guitarist Mark Knopfler was an inspiration: “Mark Knopfler has a lovely, refreshing guitar style. He brought back something that seemed to have gone astray in guitar playing. These days I don’t listen to other people with the objective of trying to steal their licks.”

“Although I’ve got no objections to stealing them if that seems like a good idea. I’m sure that I’m still influenced by Mark Knopfler and Eddie Van Halen as well.”

The ex-Senior VP at Columbia Records, Paul Rappaport told in 2015 that in a conversation with David Gilmour, they were talking about how people buy the same gear that the Pink Floyd guitarist uses to try to sound like him. To explain that what really makes the difference to approach someone’s sound is to use the same technique they use, Gilmour recalled one time when Mark Knopfler only went to a charity show with his guitar and asked to use Gilmour’s rig and amps.