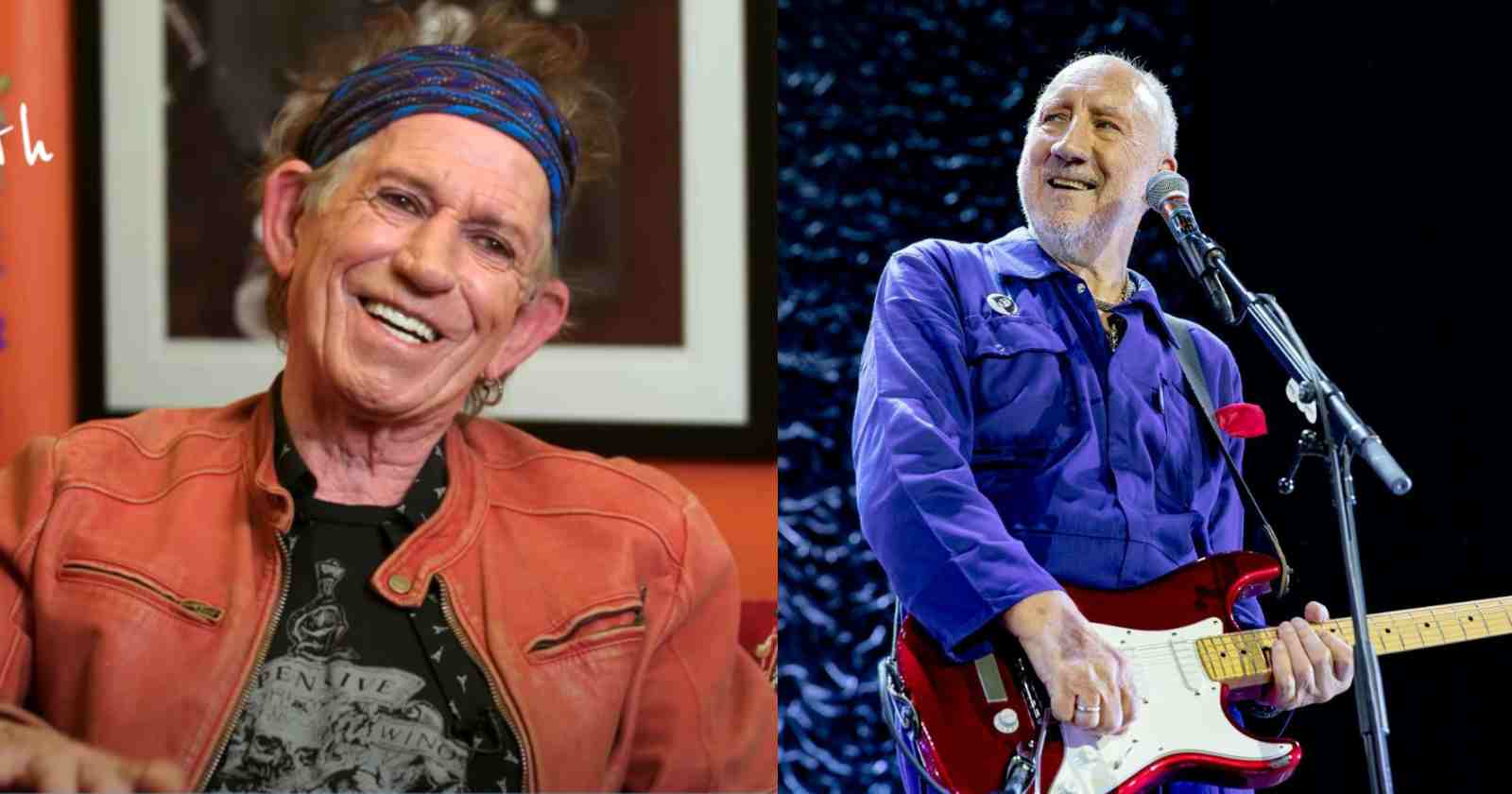 Formed in London back in 1964, two years after the foundation of the Rolling Stones, The Who was one of the most important bands of the so called “British Invasion” that happened in the 60s. Over the years many of their peers talked about their music and one of the was the Stones guitarist and co-founder Keith Richards.

What is Keith Richards’ opinion on The Who

Besides being an incredible guitarist and lyricist, Keith Richards is also known for always sharing his real opinions on other artists, even when he doesn’t like them very much. One of these bands are The Who, that Richards told Rolling Stone back in 2015, that he always thought they are a crazy band and that Roger Daltrey was “all flash”.

“I always thought (Roger) Daltrey was all flash. And I love Pete Townshend, but I always thought the Who were a crazy band, anyway. You would say to (Keith) Moon, if you were in a session with him, “Just give me a swing,” and he (couldn’t) … He was an incredible drummer, but only with Pete Townshend. He could play to Pete like nobody else in the world. But if somebody threw him into a session with somebody else, it was a disaster. There’s nothing wrong with that; sometimes you’ve got that one paintbrush, and you rock it.”

“I just was never really interested in that many English rock & roll bands actually, at all. I mean, I usually like guys like Johnny Kidd and the Pirates, and that was before I was even recording. But there was something (about) the Yeses and the Journeys and all them that just left me a bit cold,” Keith Richards said.

In an interview with Coda Collection back in 2021, Roger Daltrey called The Stones a ‘Mediocre Pub Band’, only praising Mick Jagger: “You can not take away the fact that Mick Jagger is still the number one rock ‘n’ roll showman up front. But as a band, if you were outside a pub and you heard that music coming out of a pub some night, you’d think, ‘Well, that’s a mediocre pub band! No disrespect.”

He made the comment when talking about Paul McCartney’s statement at the time where he said that the Stones were a Blues cover band, something that he apologized to Keith Richards later, saying that it was a phrase taken out of context.

What Pete Townshend said about The Rolling Stones

It was Pete Townshend who inducted The Rolling Stones into the Rock and Roll Hall Of Fame back in 1989 and he said in his speech (Transcribed by Rock and Roll Garage): “Keith Richards once told me that I think too much. The truth is that I think that generally I talk to much. But I don’t think first. Faced with injecting the Rolling Stones this evening I realized that thinking is not going to help me very much.”

“I can’t analyze what I feel about the Stones because I am a really absolute Stones fan, always have. They early shows were just shocking. Absolutely riveting, stunning, moving and they changed my life completely. The Beatles were fun, no doubt about that, I’m talking about they’re live shows, I’m demeaning them in any way.”

“The Stones were really what made me wake up. On the Beatles shows there were a lot of screaming girls and at The Stones were the first to have a screaming boy. The sheer force of the Stones on stage and that perfectly balanced audience: 1000 girls and me (laughs), it kind of singled them out.”

“They are the only group that I’ve ever really been unashamed about idolizing. So much of what I am I got from you, The Stones and I had no idea most of it was already secondhand (Laughs). No more gags, the Stones are the greatest for me. They epitomize British Rock for me and even though they are now my friends, I’m still a fan.”

Also during the speech, Tonwshend made a lot of jokes, including saying that The Rolling Stones ripped-off a lot of Rhythm and Blues artists.  One of the most successful Rock and Roll bands of all time, The Rolling Stones sold more than 200 million records worlwide.