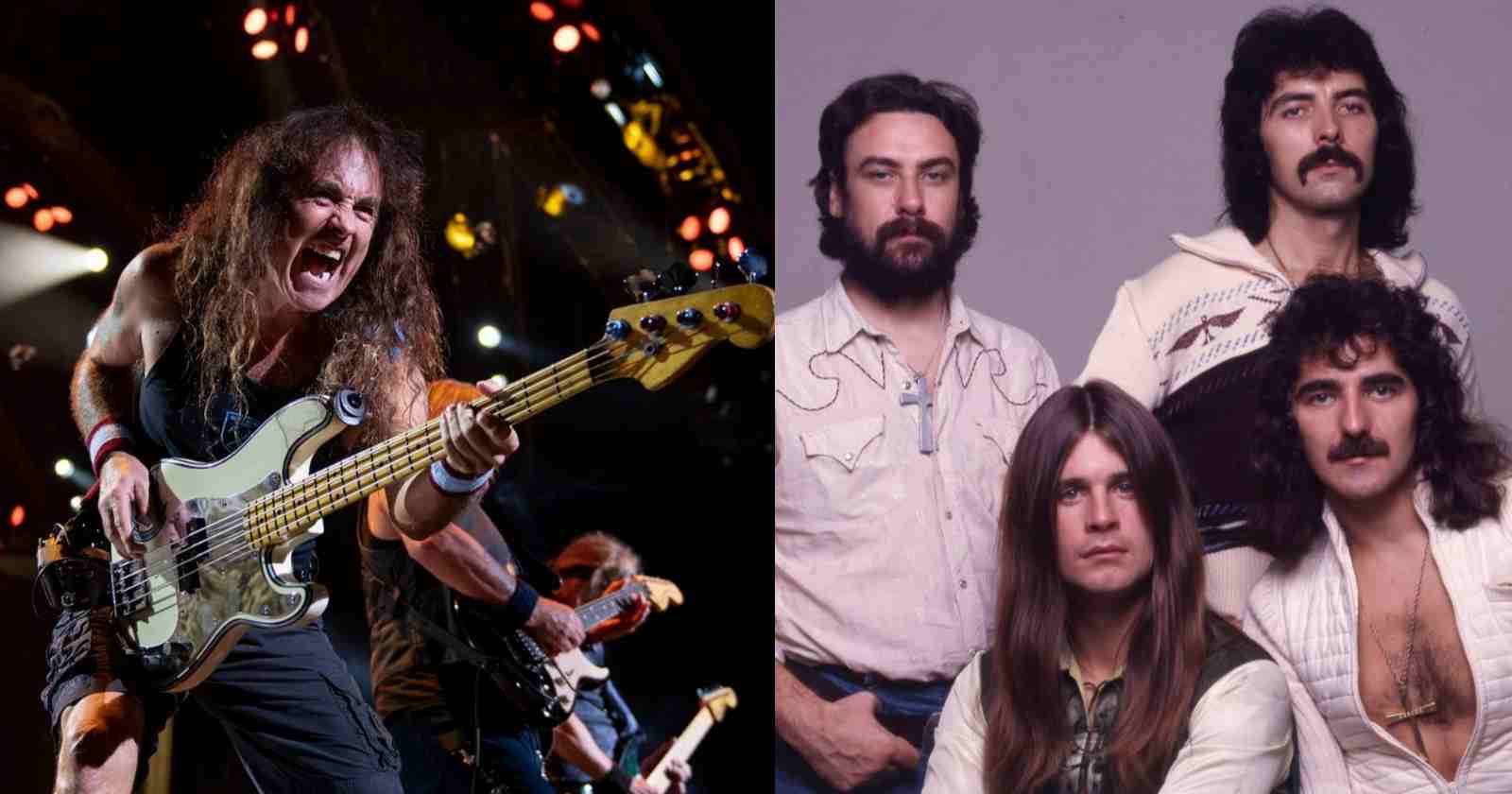 Black Sabbath was the band responsible to create Heavy Metal music with the release of their self-titled debut album in 1970. Since their are one of the most influential bands of all time, many musicians gave their opinion on the work of Tony Iommi, Geezer Butler, Ozzy Osbourne and Bill Ward. One of them was the legendary Iron Maiden founder, bassist and main lyricist Steve Harris, that was part of the called “New Wave Of The British Heavy Metal”, that represented a new talented and successful number of bands that were taking the genre created by Sabbath to another level.

What is Iron Maiden’s Steve Harris opinion on Black Sabbath

In an interview with Consequence in 2020 (Transcribed by Rock and Roll Garage) “I was first impacted with Sabbath when I was at school, a mate of mine, (I was) at his house to play chess and he used to play all these album in the background, Sabbath, Jethro Tull, King Crimson, all different stuff.”

“I remember these songs, these different bands, Sabbath in particular was like ‘Wow, it’s amazing’. Anyway, I borrowed the albums from him and that’s what inspired me, not just Sabbath but lots of other albums. One of these albums was ‘Paranoid’ (1970), the first album that made me wanna play.”

Feud with Ozzy Osbourne at Ozzfest

There was a feud between Ozzy and Iron Maiden back in 2005 at the Ozzfest as Sharon Osbourne recalled in an interview with Howard Stern back in 2005 (Transcribed by Rock and Roll Garage): “We’ve know those guys since the 80s and we offered them the show. They were getting paid $185.000 dollars each night. Everything they wanted they got. They would go on stage and Bruce Dickinson, each night would slag Ozzy. (He would) Say really disrespectful things about him and Ozzy is the schmuck that is paying him!”

“So I’m thinking to myself ‘Let it go on. Just carry on your little shit’. So on the last night in L.A, I’ve got 200 hispanic kids, loaded them with eggs. They had peanut butter, they fucking pelted the shit out of them. Then I went on stage and I said ‘Look, don’t fuck with us. Don’t be disrespectful, this is what you get.”