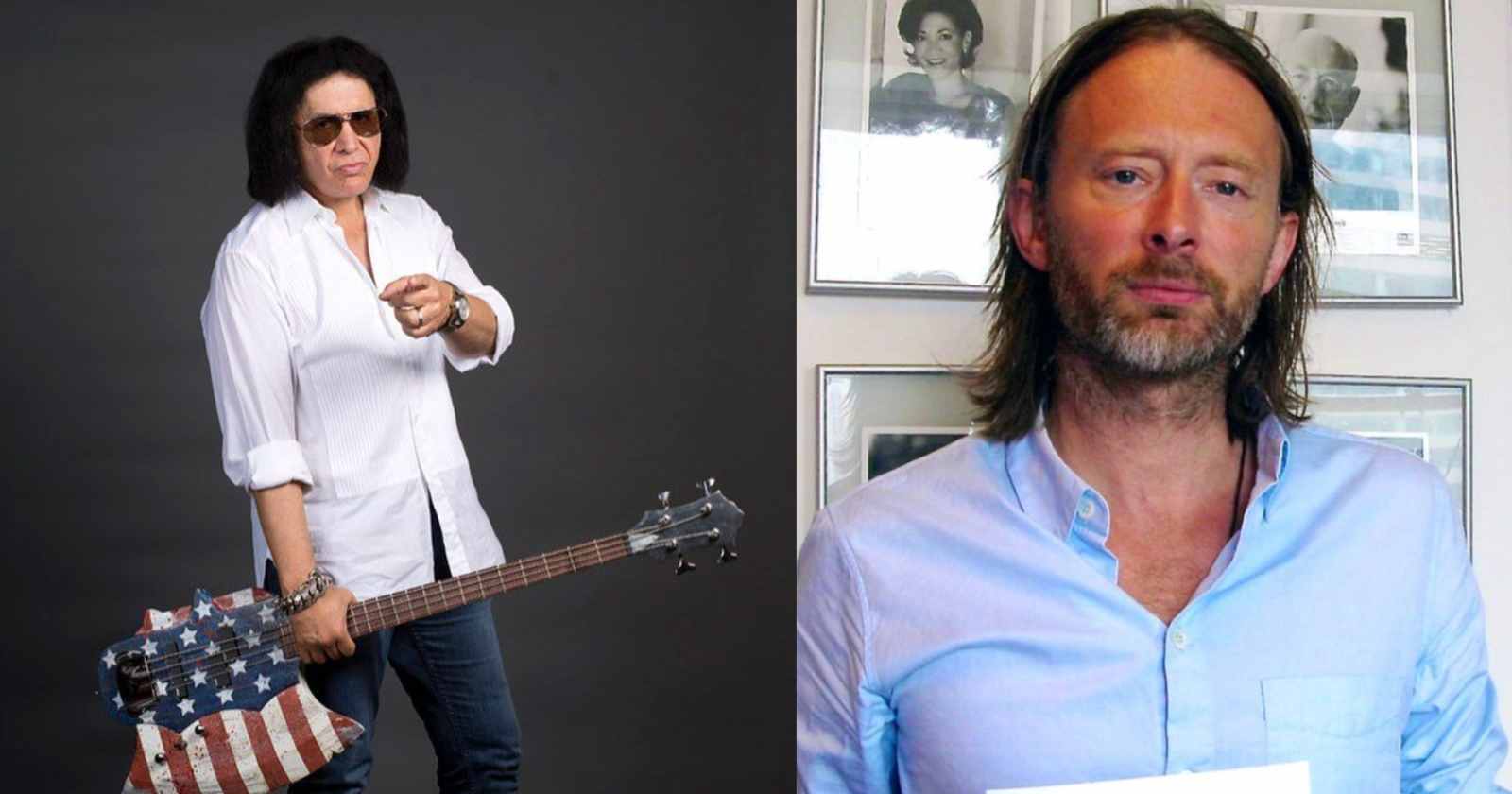 Kiss bassist and singer Gene Simmons has always shared his opinion on other bands over the decades and even said that Rock and Roll music was dead. The British Alternative Rock band Radiohead was one of the groups that Simmons talked about in an interview with Vice back in 2016, being asked his opinion on “Burn The Witch”, their new song at the time.

What is Gene Simmons’ opinion on Radiohead

“It’s difficult for other bands to do Radiohead songs, because of the strength of their identity. Their identity is key to the song, specifically Thom Yorke’s voice. Thom Yorke has got one of the great voices in modern rock. He could do whatever he wanted with that voice. He could rap, he could sing pop, he could be the new lead singer of the Four Seasons if he wanted to.”

“I’m very much a Radiohead fan. Funny thing is, Thom Yorke in particular gets very upset when I talk about them. I’m a great fan. But I know that they hate everything we do—the over the top visuals, the licensing, the merchandise, we love all that. We bathe in it. That’s not something they want to do. So the great thing about Radiohead is that they never tried to look like anyone else.”

Radiohead was inducted into the Rock and Roll Hall of Fame back in 2019 by Talking Head’s David Byrne.

Gene also revealed in the same interview that his favorite song of the group was their first famous single “Creep”. The chord progression used in the song is similar to the one used in “The Air That I Breathe” by Hollies, what made Rondor Music sue the group. Albert Hammond, one of the composers said at the time that Radiohead was honest about having reused the composition. So Hammond and Mike Hazlewood agreed to only take a small percentage of the royalties. Surprisingly, Radiohead sued Lana Del Rey accusing her for allegedly plagiarising “Creep” on her 2017 track “Get Free”.

In 2007, UK rock band Radiohead let listeners pay whatever they chose for their album In Rainbows and Gene Simmons criticized that action in an interview with Rolling Stone at the time: “That’s not a business model that works. So I open a store and say ‘Come on in and pay whatever you want.’ Are you on fucking crack? Do you really believe that’s a business model that works?”

Formed in England back in 1985 the group have sold more than 30 million records worlwide and were nominated for the Grammy Awards 18 times, winning on 3 occasions.