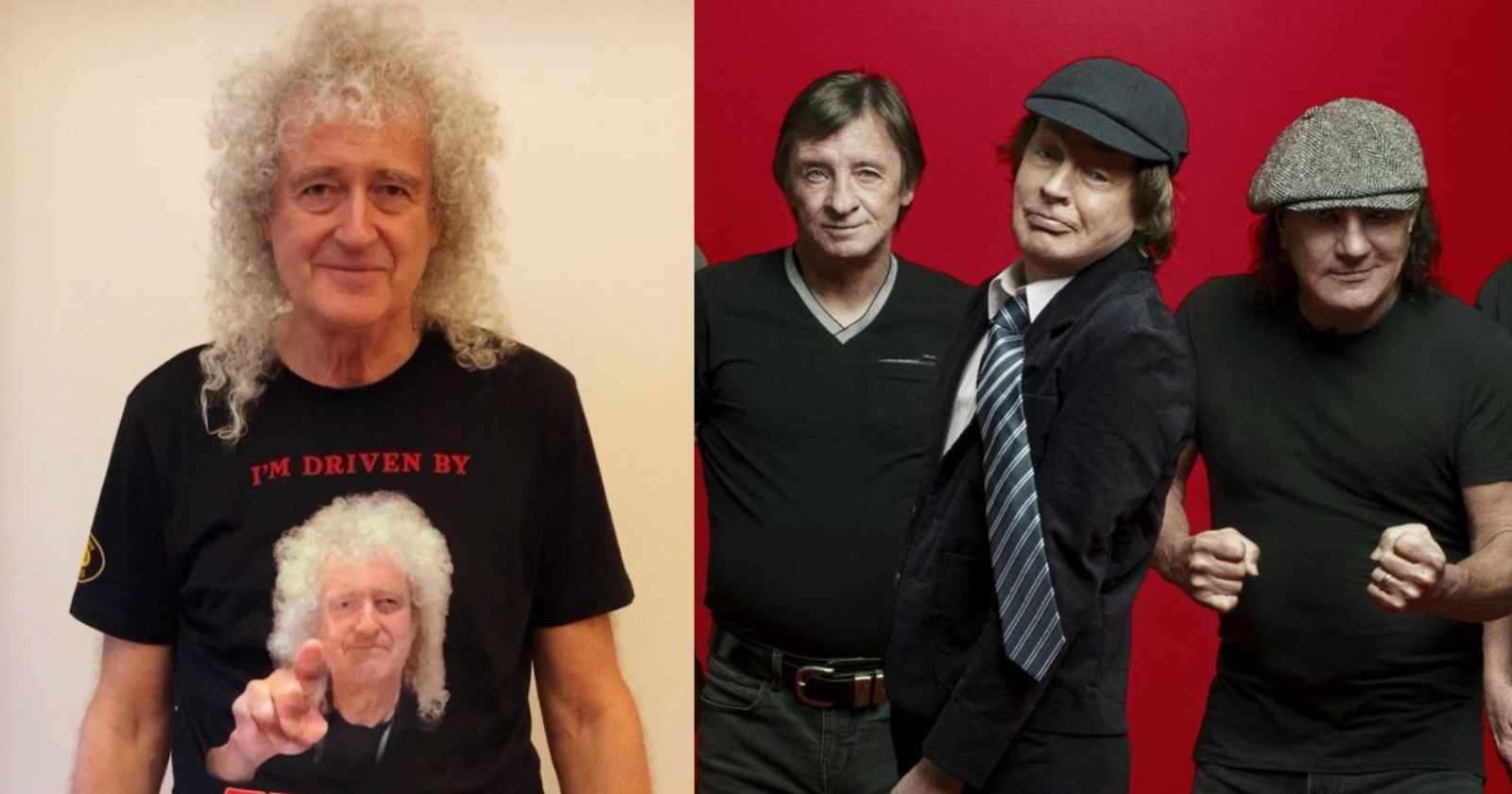 Queen guitarist since 1970 when the band was formed in London, Brian May is one of the most important members of the group and influenced millions of musicians. Over the decades he gave his opinion on many other groups and one of them were the Australian Hard Rock band AC/DC.

What is Brian May’s opinion on AC/DC

In an interview with Interview with NME back in 2012, Brian May was asked if he wasn’t a member of Queen, which other band he would like to be part of and he revealed:  “I’d have probably liked to be in AC/DC. But I’m the wrong sort of size and shape unfortunately. Because it’s different from Queen. Queen were very eclectic – that’s the word isn’t it? We just trampled over every boundary that there was but AC/DC are in a sense the opposite. They know their style and it’s incredibly pure and I have a great respect for that. And every single note they play is AC/DC completely. Maybe that would be it.”

Back in 2002 in an interview with BBC Radio show Desert Island Discs, Brian May chose the 8 songs he would take to a desert island and explained why he loves them so much. One of those songs was AC/DC classic “Highway To Hell”, released on Bon Scott’s latest album with the group before his death.

“Well I figure on this island there’s moments when I just need to get up and, and let it all explode out of me and do some Air Guitar. So I’ll go to the highest point in the island and scream and shout and wave the fist in the air and this will be the record which I need to have with me.”

The interviewer then asked May why he need to do Air Guitar (Since he is a guitarist) and the Queen member replied: “Oh, it, it’s fun really, I suppose. So it’s just a body thing (laughs). AC/DC to me are the purest form and there’s nothing like an AC/DC concert to sort of clear you out and bring you back to basics. I love it.”

He paid tribute to the AC/DC guitarist Malcolm Young in a Queen concert after the musician died in 2017:

For Brian May AC/DC is a therapy

Way back in 1998, the Queen guitarist was already praising in an interview with Guitar World the band: “AC/DC is complete therapy. You go to the show and you’re deaf for a week. It’s wonderful. I’m desperately sad that I had to miss a Black Sabbath reunion show recently. It was Black Sabbath and the Foo Fighters, who I love. And Pantera, who I also love. But unfortunately, I had to be someplace else.”

Born in London, England back July 19, 1947, May built his own electric guitar known as Red Special with his father. The instrument made his guitar sound unique. Some of his compositions for Queen are “We Will Rock You”, “Tie Your Mother Down”, “The Show Must Go On”, “I Want It All”, “Who Wants to Live Forever” and “Hammer To Fall” .

Back in 2020 the guitarist was elected by fans of the English magazine Total Guitar the best guitarist of all time. The second one on the list was Jimi Hendrix.