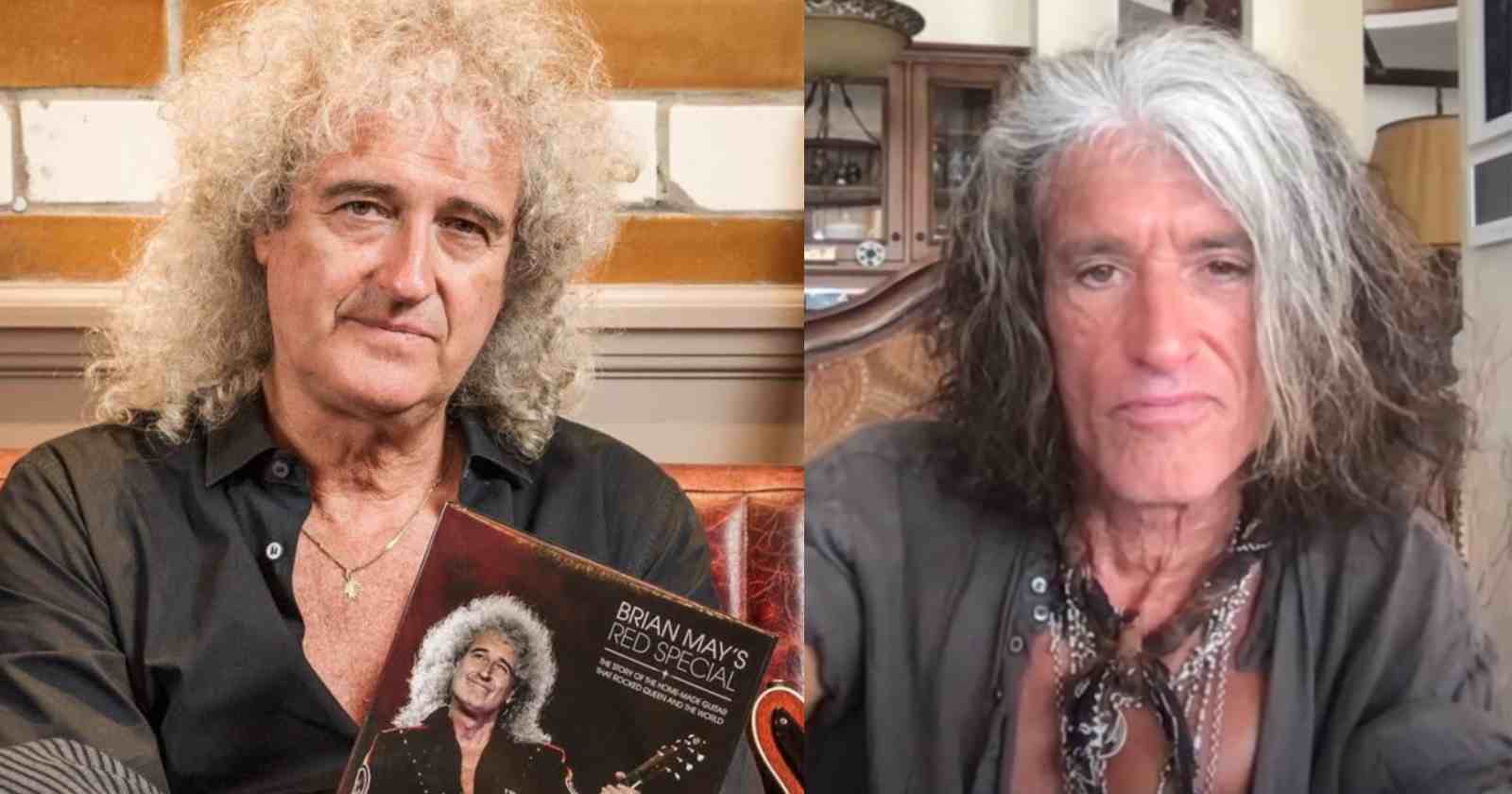 The legendary Queen guitarist Brian May witnessed the rise of many incredible bands and musicians over the decades on the Rock and Roll scene. During all his career he gave his opinion in interviews especially on many famous guitarists of his era and one of them was Aerosmith’s Joe Perry. Coincidentally, Queen and Aerosmith were formed in the same year, 1970, and both groups released their debut album also in the same year, 1973.

The American and the British group also played on the same bill when they were Mott The Hoople‘s opening act, something that made Steven Tyler and Freddie Mercury argue with their managers, because both bands thought they would be the only opening band that night.

What is Brian May’s opinion on Aerosmith’s Joe Perry:

At the Classic Rock Awards back in 2014 (Transcribed by Rock and Roll Garage), Brian May recalled the night when he and Joe Perry saw the vocalists of their bands, Tyler and Mercury, argue with their managers why they were booked with another band as Mott The Hoople’s opening act: “I’m gonna tell you a little story about how I first met this man. Picture 1974, Harrisburg Farm Arena, Pennsylvania. On the night of the show, Mott The Hoople is booked to play and two groups are booked to be the warm up.”

“Unfortunately is all fucked up, because they both thought they were the only act booked to be the warm up. One of them is an English group, which I was a part, you may remember, another one was an American group from New England. And what happens, this is a disaster, we both been booked, what the hell is gonna happen? A very young Freddie Mercury gets on the phone with the manager and he goes ‘What the hell! We’ve been double booked, this is gonna be a disaster, who’s gonna go on first? Obviously we have to go last!’

“A very young Steven Tyler gets on the phone to his manager and say ‘what the fuck is going on? We’ve been double booked! Obviously we have to go last!’ A very young Joe Perry says to me ‘Let’s have a drink?’ and it was a long discussion. So we had a long drink and I was introduced to the joys of Jack Daniel’s. For the first time and the last time in my whole career I went on that stage on the  borderline of incapable.”

“He didn’t, because he is a Rock God. I have so much to say about Joe Perry but I want to keep it succint. Joe Perry is just everything that a Rock artist as possibly could be. Because Aerosmith are everything that a Rock group could possibly be. Joe Perry plays from the heart, he plays with technique, he plays with anger, he puts his pain. He plays with danger and that has never changed over the years. All I can say is that I’m so proud to be presenting this award and to even be in the same room as Mr. Joe Perry!”

After the speech Joe Perry said that he didn’t recalled that particular story but he remembered the Jack Daniel’s part.

Aerosmith is the ‘real thing’ according to May

In an interview with Rolling Stone back in 2017, Brian May recalled that he took his kids to watch an Aerosmith concert and said that they really are the ‘real thing’:  “I took my kids to see Aerosmith not too long ago. Aerosmith are, in some ways, quite parallel to us. Everything is real and live and dangerous and there’s no safety net. I was just watching my kids’ faces and thinking, ‘I don’t have to apologize for this. This is the real thing.’ I feel that we are unquestionably the real thing. We are what we are and it won’t be perfect. But it will be something that you never quite saw before. It’ll be something of the moment.”

Another coincidence on the career of the two bands is that they also were inducted into the Rock and Roll Hall Fame in the same year, 2001. Aerosmith was inducted by Kid Rock and Queen by Dave Grohl and Taylor Hawkins from the Foo Fighters.