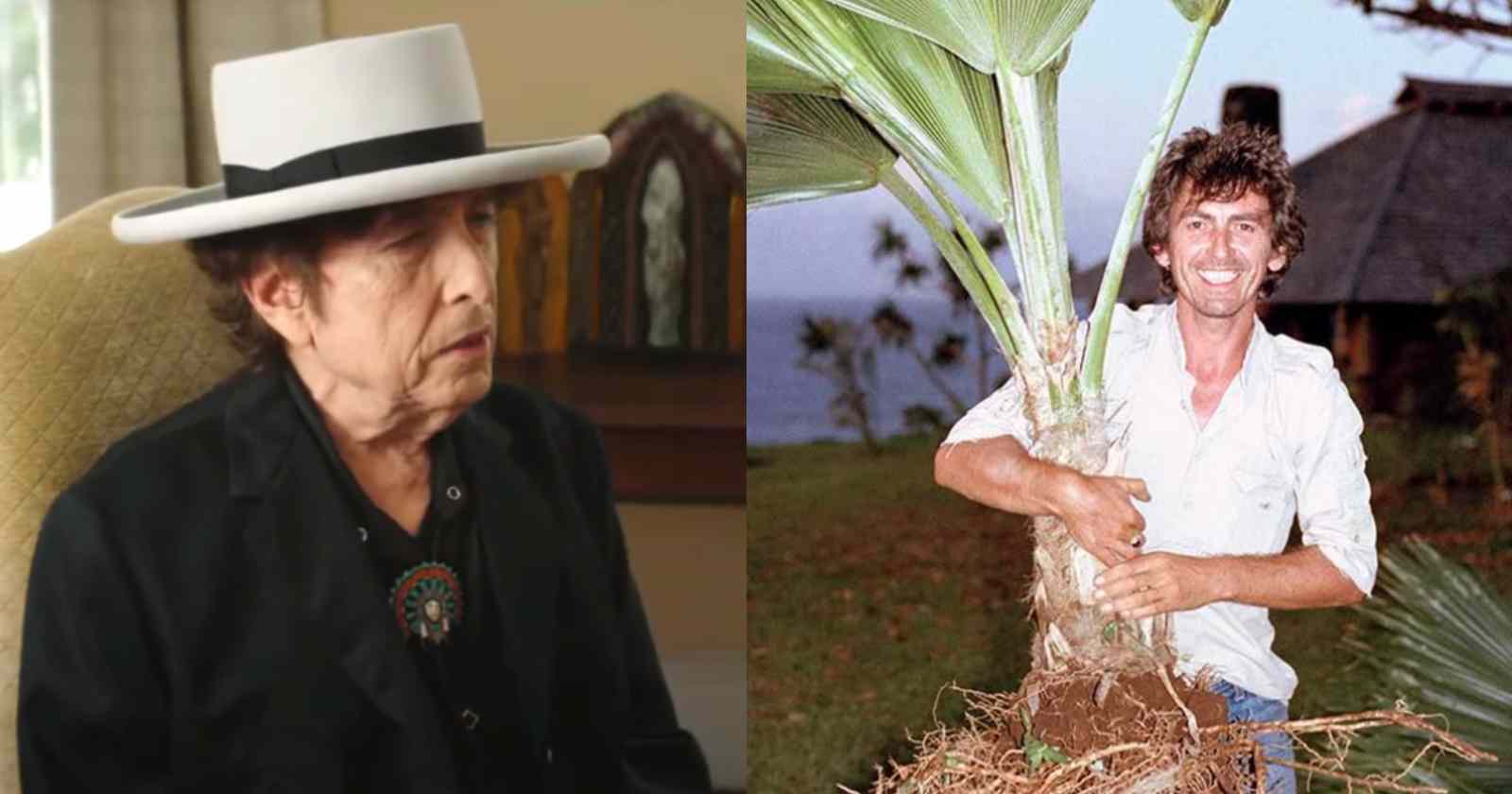 The legendary American singer, songwriter and guitarist Bob Dylan is considered one of the greatest musicians of all time. Besides his sucessful solo career he was also part of The Traveling Wilburys, the supergroup from the late 80s and early 90s that also had Tom Petty, Jeff Lynne, Roy Orbinson and George Harrison.

Over the decades Bob Dylan haven’t talked much with the press but in some occasions he talked about The Beatles guitarist.

What is Bob Dylan’s opinion on George Harrison

Back in 2007, Bob Dylan talked with Rolling Stone and said that George Harrison had to “fight” with his Beatles bandmates to get his songs recorded, because Paul McCartney and John Lennon had resistence in accepting songs that were not written by them. “George got stuck with being the Beatle that had to fight to get songs on records because of Lennon and McCartney. Well, who wouldn’t get stuck? If George had had his own group and was writing his own songs back then, he’d have been probably just as big as anybody.”

When asked by the interviewer what was the nature of their friendship, Bob Dylan said:  “We’d known each other since the old days, really. I knew the Beatles really early on, all of them.”

The musician covered The Beatles classic song “Something”, written by George Harrison in a concert at Madison Square Garden in 2002 as a tribute to his friend that had died a year before.

The Traveling Wilburys member Tom Petty revealed in an interview with Rolling Stone magazine back in 2002 that George Harrison and Bob Dylan loved each other and the Beatle quoted Dylan like scriptures: “George quoted Bob like people quote Scripture. Bob really adored George, too. George used to hang over the balcony videoing Bob while Bob wasn’t aware of it. Bob would be sitting at the piano playing, and George would tape it and listen to it all night.”

When asked if Harrison had his own Bob Dylan bootlegs, Tom Petty replied: “Yeah. One day George was hiding in the hedge at the house where we were recording. As everybody flew off, George would rise up out of the bushes with his video going. And he did that with Bob.”

“I think George frightened Bob. When the Wilburys started, George was so reverent of Bob. At the end of the first say, he said, ‘We know that you’re Bob Dylan and everything. But we’re going to just treat you and talk to you like we would anybody else.’ Bob went, ‘Well great. Believe it or not. I’m in awe of you guys. It’s the same for me.'”

“I said to George, ‘That is really amazing. How you said that to Bob.’ George goes, ‘I can say those sort of things. But you can’t.’ [laughs] George adored Bob Dylan, like ‘Dylan makes Shakespeare look like Billy Joel.’ George absolutely adored the Wilburys. That was his baby from the beginning. He went at it with such great enthusiasm. The rest of his life, he considered himself a Wilbury.”