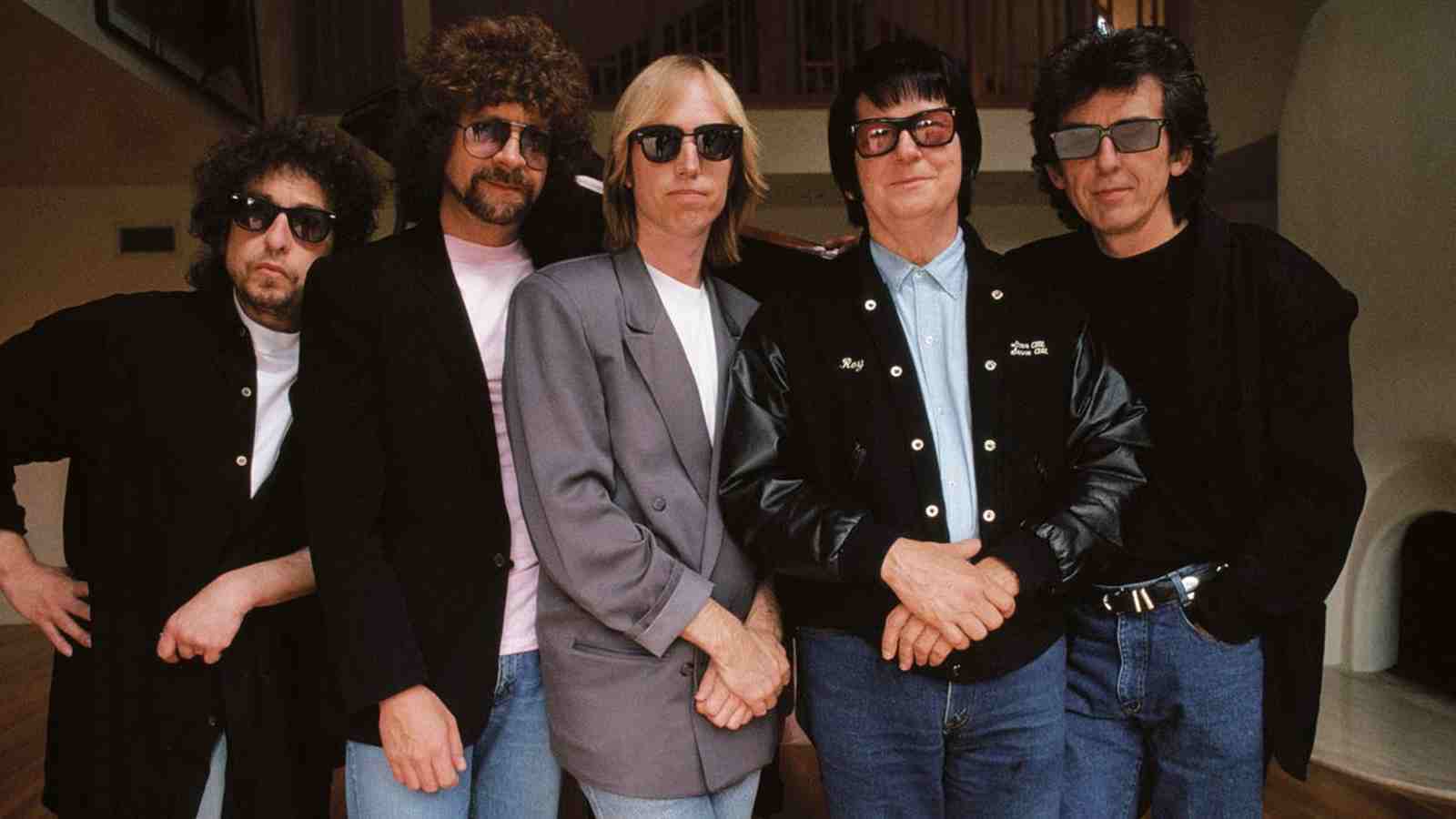 Besides the amazing work with The Heatbreakers, Tom Petty had also been in probably the biggest supergroup of rock history, The Traveling Wilburys. The British-American supergroup consisted of Bob Dylan, George Harrison, Jeff Lynne, Roy Orbison, Tom Petty and Jim Keltner. The band recorded two albums, the first in 1988 and the second in 1990, though Orbison died before the second was recorded.

The project’s received a lot of anticipation given the huge stars that were in it. The debut album Vol. 1 proved an enduring critical success, in 1989 and 1990 winning accolades such as a Grammy for Best Rock Performance by a Duo or Group.

With Tom Petty and Roy Orbinson vocals this uplifting track is one of the coolest ones from the supergroup’s recorsds. Unfortunately not much remembered because of some other major hits from the debut album.

“Handle With Care” by Traveling Wilburys

“Handle with Care” is the first track from the band’s 1988 album, Vol. 1, and the group’s most successful single. Writing credits are shared by all five band Traveling Wilburys members: George Harrison, Jeff Lynne, Roy Orbison, Tom Petty, and Bob Dylan.

Petty explained to Mojo magazine January 2010 what it was like co-writing a song with Bob Dylan. “There’s nobody I’ve ever met who knows more about the craft of how to put a song together than he does. I learned so much from just watching him work. He has an artist’s mind and can find in a line the key word and think how to embellish it to bring the line out.”

“I had never written more words than I needed, but he tended to write lots and lots of verses, then he’ll say, this verse is better than that, or this line. Slowly this great picture emerges. He was very good in The Traveling Wilbur’s: when somebody had a line, he could make it a lot better in big ways.”

The song is the final track on their 1990 studio Vol. 3. The song was also released in March 1991 as the second single from that album.

“Tweeter and the Monkey Man” by Traveling Wilburys

The songwriting credit goes officially to all members of the band, but the song is published by Bob Dylan’s Special Rider Music label, indicating that the main writer is Dylan, who is also the lead singer on the record. This is partially contradicted by George Harrison’s account of the song in “The True History of the Traveling Wilburys” documentary:

“Tweeter and the Monkey Man” was really [written by] Tom Petty and Bob [Dylan]. Well, Jeff [Lynne] and I were there too, but we were just sitting there around in the kitchen, and he was for some reason talking about all this stuff that didn’t make much sense to me, you know, it was that Americana kinda stuff and we got a tape cassette and put it on and then transcribed everything they were saying.

“End Of The Line” by Traveling Wilburys

“End of the Line” is the last track from their first album, Volume 1, released in 1989. Its riding-on-the-rails rhythm suggests its theme and the on-the-move nature of the group.

It features all the Wilburys (except Bob Dylan who was on tour at the time) as lead singers; George Harrison, Jeff Lynne, and Roy Orbison sing the choruses in turn, while Tom Petty sings the verses. The song then expands into a “freight train” rhythm to underscore its theme.

The music video for “End of the Line” was filmed after Roy Orbison’s death in December 1988. To honor the loss, a shot of a guitar sitting in a rocking chair next to a photo of Orbison was used when his vocals are heard.