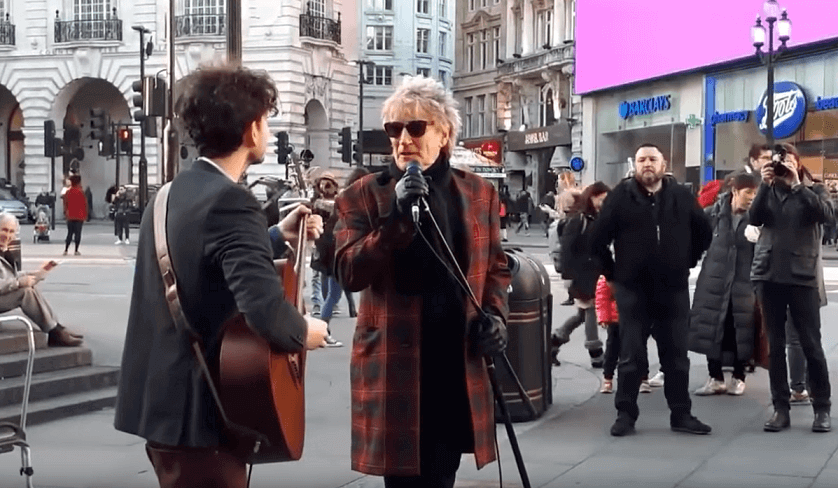 Rod Stewart surprised the crowd with impromptu street performance of the song “Handbags and Gladrags” at london’s piccadilly circus in the beggining of November.

Manfred Mann vocalist Mike D’Abo wrote this song about the futility of fashion (“Glad Rags” are stylish clothes) and the irrelevance of outward appearances in 1967. The same year it was recorded by Chris Farlowe, who took it to #33 in the UK.

D’Abo’s own version appeared on his solo album D’Abo, released in 1970. A then little known Rod Stewart covered it on his 1970 debut album An Old Raincoat Won’t Ever Let You Down, and the following year a recording by the American Jazz-Rock group Chase reached #84 on the American charts. Other versions followed, the most successful being one by The Stereophonics, which peaked at #4 in the UK.