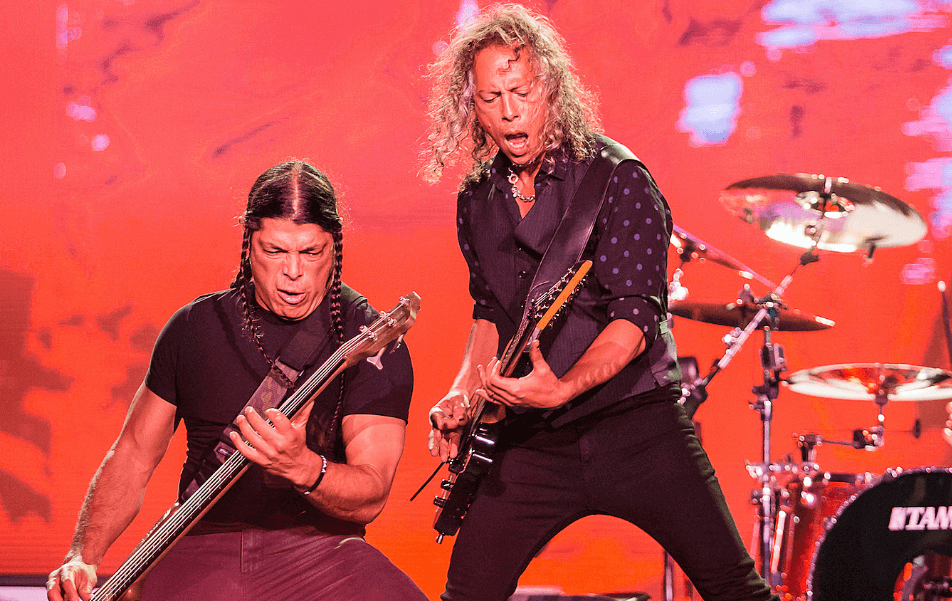 Kirk Hammett and Robert Trujillo played a few days ago in Manchester a cover of Oasis’ “Don’t Look Back In Anger” and now in Birmingham they paid tribute to hometown legends Black Sabbath during Metallica’s concert last night (Monday, October 30) at the Genting Arena.

Hammett and Trujillo covered “War Pigs” during their solo section and allowing the fans to sing in full support.

Metallica members Lars Ulrich and James Hetfield inducted Black Sabbath into the Rock And Roll Hall Of Fame in March 2006.

In a beautiful speech, Hetfield painted a picture of himself as a nine-year-old introvert who found salvation in the din of Tony Iommi & Co. “He was drawn to them… like a shy boy to his own loud voice. Those monstrous riffs lived inside him and spoke the feelings he could never put into words, sending chills of inspiration through him, from those gloomy lyrics and outlaw chords and all.”

The original title of “War Pigs” was “Walpurgis”, dealing with the witches’ sabbath. “Walpurgis is sort of like Christmas for Satanists. And to me, war was the big Satan”, said bassist and lyricist Geezer Butler. 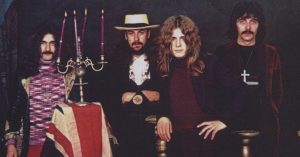 “It wasn’t about politics or government or anything. It was [about] evil. So I was saying ‘generals gathered in the masses / just like witches at black masses’ to make an analogy. But when we brought it to the record company, they thought ‘Walpurgis’ sounded too Satanic.

And that’s when we turned it into ‘War Pigs’. But we didn’t change the lyrics, because they were already finished.” Prior to it’s official release, the band often altered the lyrics significantly when performing it live.