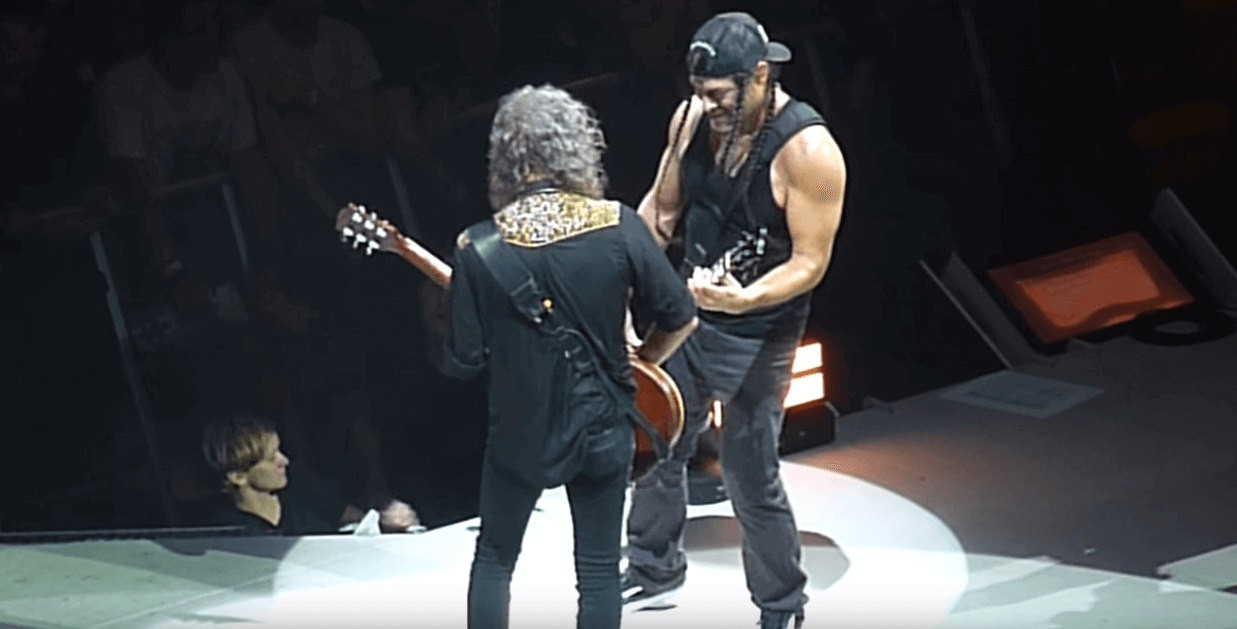 Metallica performed last night in Manchester Arena where a suicide bombing occurred in the arena’s foyer area, on Ariana Grande’s concert on 22 May 2017. Manchester Police confirmed that 23 adults and children were killed, including the bomber, and 250 were injured.

Since Manchester is Oasis’ hometown, following the Manchester Arena bombing, the song “Don’t Look Back In Anger” was used by the people in remembrance of the victims and to show the city’s spirit. The song was sung by students of Manchester’s Chetham’s music school on 23 May, and on 25 May it was spontaneously sung by the crowd gathered for a minute of silence in the city center.

See Kirk and Robert performing the song with the audience:

The arena has the highest seating capacity of any indoor venue in the United Kingdom, and second largest in the European Union with a capacity of 21,000 and is one of the world’s busiest indoor arenas, hosting music and sporting events such as boxing and swimming.

The arena was a key part of Manchester’s bids to host the Olympic Games in 1996 and 2000 and was eventually used for the 2002 Commonwealth Games.