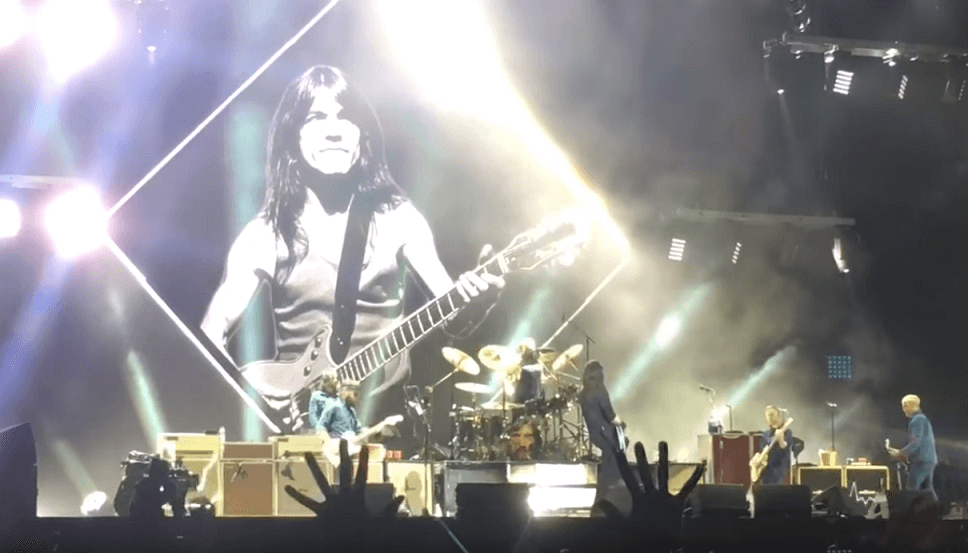 Foo Fighters, led by Dave Grohl, gave a beautiful tribute to AC / DC’s Malcolm Young on the show in Mexico City. In addition to playing the classic “Let There Be Rock”, the band kept a picture of Malcolm frozen on the big screen.

“37 years ago me and my friend Larry Hinkle went to watch a movie at the midnight session on a Friday in Washington, D.C. The year was 1980. We were 11 years old. The movie was “Let There Be Rock,” and it changed my life.”

“That movie, which featured a live AC / DC show in Paris in 1979 is all Rock And Roll live should be – Sweaty, loose, loud. A tireless performance of the perfect band. It was the first time I got out of control by music. The first time I wanted to be part of a band. I did not want to play my guitar anymore. I wanted to destroy her.”

“Thank you, Malcolm for the songs, and for the feeling, and for the years you’ve made me lose control of your Rock And Roll. I’ll do just that tonight, for you. Malcolm Young RIP – Dave ”