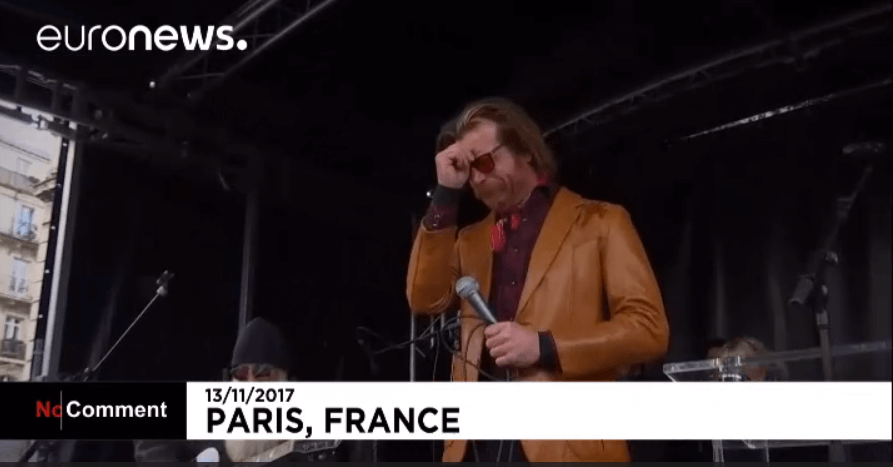 The members of Eagles of Death Metal played a short, surprise set in Paris last monday honoring the victims and survivors of the Bataclan terrorist attack two years ago.

Singer Jesse Hughes and guitarist Dave Catching performed a of Duran Duran’s “Save a Prayer” and their 2015 song, “I Love You All The Time.” Musicians such as Josh Homme and Elton John covered the song to raise money for victims’ families after terrorists opened fire and left 89 dead at Le Bataclan concert on November 13th, 2015.

“It is difficult to not to remember the people who were taken from us like our friend Nick Alexander and so many others,” Hughes said at the memorial, per NME. “We watched people give their lives for their friends and we were able to bear witness to that, and now we have a burden of responsibility to make certain that everyone knows that kind of love exists in this world.”

Last February, the Colin Hanks-directed HBO documentary Eagles of Death Metal: Nos Amis (Our Friends) detailed the horrific massacre with in-depth interviews from the Eagles of Death Metal and other close musicians. In 2016, Sting became the first performer to play the Bataclan since its reopening one year later.