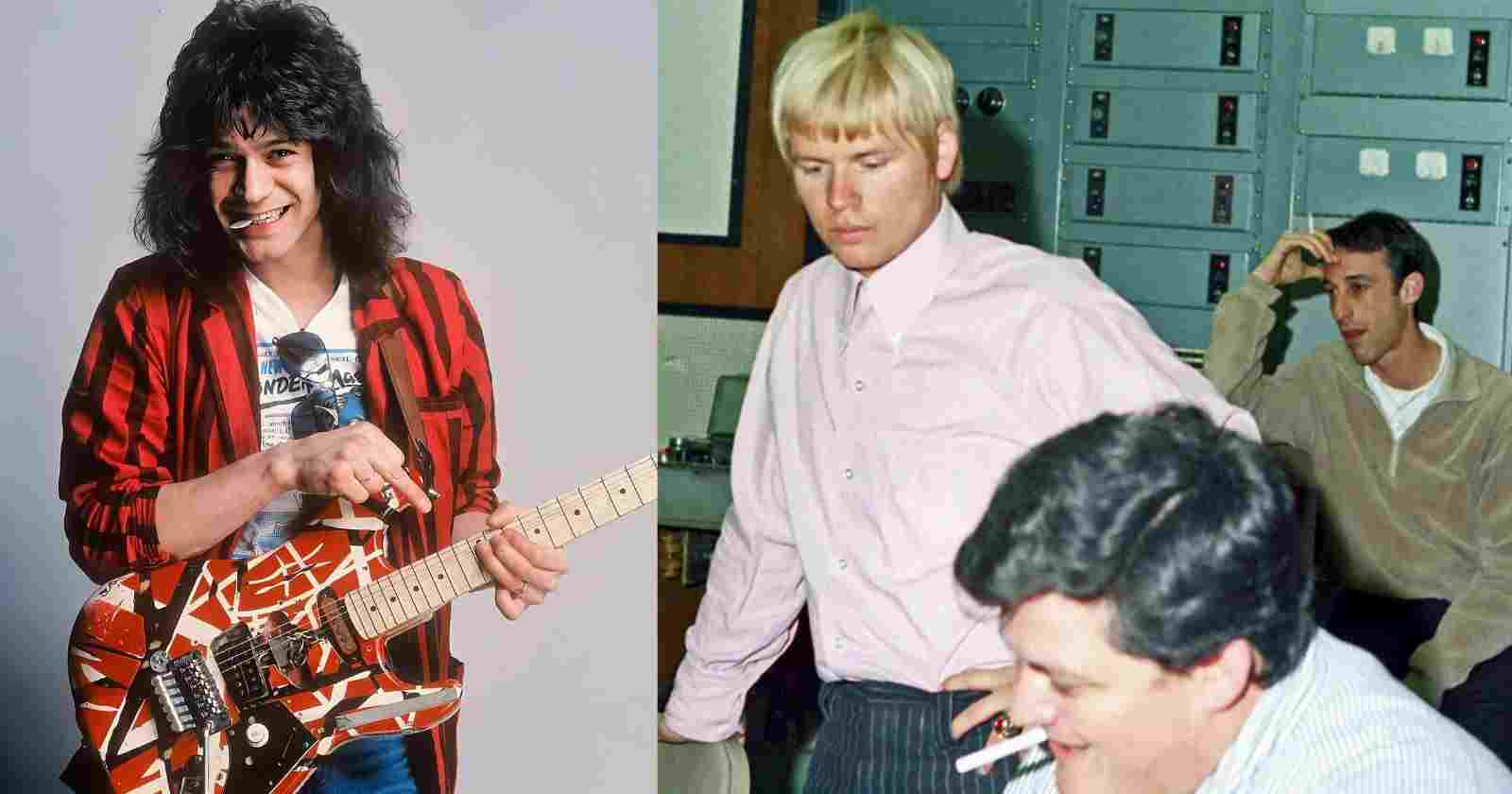 Van Halen first producer Ted Templeman recalled in an interview with Rolling Stone Eddie Van Halen‘s career beginning and all the struggles the band went through until they became a legendary group.

“They’d been turned down by everybody else. Gene Simmons had ’em and he took ’em back to New York, but they didn’t quite click, and it didn’t work out. So when I saw ’em, they didn’t have anything. They didn’t have a deal and they had no money. In fact, when we did the first sessions, Ed’s car door was wired shut with guitar wire, so it wouldn’t fly open.”

“He told me the day that he’d just had his first steroid shot. He was OK, and within two weeks, he was in the hospital. From then on, we would talk — but then pretty soon he couldn’t talk. He would send me texts every day. ‘Oh, God. The chemo’s terrible.’ Then it got down to the point where he would just send little hearts at the bottom of a text. ‘I love you, Ted,’ and that stuff. One time, he texted, ‘Ted, you were the first one who ever believed in me.’ He was all medicated, too, but he was always great.”

What was Ed’s personality like when you first met him?

“He was really, really shy. Once he got his own studio going, he got really creative. It was great to see all that happening.”

How was he the first time you got him in the studio?

“Here’s the big trick recording Ed: Just stick a mic in front of his amp because he already had a great sound, period. You didn’t have to do anything. Maybe a little EQ.” When we did that first demo, we laid down 30 songs in one day, because I wanted to hear everything. After doing that, I decided, “We’ve got to do a [proper] deal,” so we went right in the studio. After that, anytime the red light would go on, it made him a little nervous. He was a little uneasy.”

“But he never made a mistake ever. He played perfectly. He almost always played his solos live in almost every song. He’d be playing the chords and he’d knock the solo right down and he’d go right through. We never overdubbed the solos. It was pretty amazing.”

“He said his favorite band, the one that turned him on to rock music, was the Dave Clark Five. He said he and Al used to play “Glad All Over” all the time. And he liked Eric. When I was producing a Clapton album, he would call the studio and say, “Is Eric really there?” I’d go, “Yeah.” “Can I say hello to him?” “Yeah.” He’d get on the phone. I think he may have come down to meet him, but he might have been too bashful. He was shy.”

Why did he have a hard time opening up to people?

“He was very self-conscious, going back to when he was in school. He only spoke Dutch [at home when he was growing up], and he’d have trouble with English. So people gave him a rough time in school. Even when we were recording, I’d say, “Hi.” And he’d go, “Yeah.” He didn’t quite know “Hi” yet. But he could express himself once he started talking,” Van Halen ex-producer Ted Templeman said.