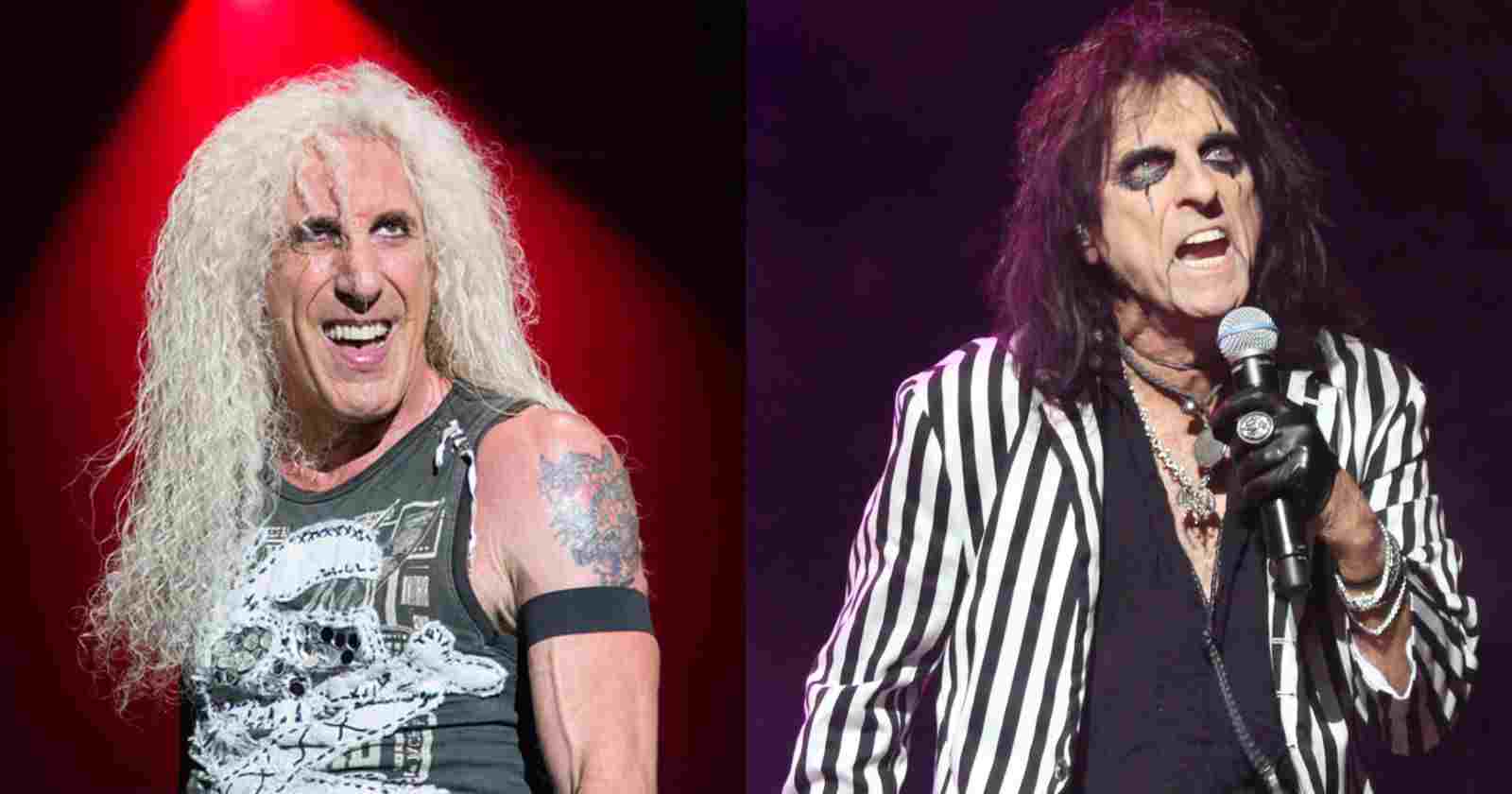 Twisted Sister vocalist Dee Snider gave his opinion about Alice Cooper in an interview with Q104.3 New York. The musician praised Cooper, saying that he was the first rockstar that he really felt it was speaking with him through the lyrics and sound before he became an artist.

“When I was a kid listening to him… Look, Zeppelin was a huge influence on me, and Queen, and some of these bands. I love these bands, but they didn’t really speak to me. The lyrics, ‘If there’s a bustle in your hedgerow, don’t be alarmed now…’ What the hell is he saying? And Freddie was singing about all these bizarro fairy fellas, a masterstroke, and all…”

“Tthen Alice shows up with, ‘I’m a boy and I’m a man, I’m 18 and I like it.’ And I’m, like, 18. and I’m like, ‘Alright, this guy is speaking English and I understand every word very clearly.’ I connected with Alice Cooper on that level. Then the more I listened to him, I said, ‘This guy, he gets me!’

“Every now and then, he’d do a show tune, ‘Gutter Cats Vs. The Jets,’ where they did the theme song, he made some reference to ‘Bye Bye Birdie’ at the end of a song called ‘Desperado.’ He says, ‘Suffer,’ and I knew he was referring to a line. He gets me, he likes musicals! So I said, ‘We’re gonna be best friends.’ But as it turns out, when Twisted broke, Alice was in the doldrums of his career.”

“He was just coming off his addiction to crack, he was an alcoholic, he was a cocaine head, and he became a crack fiend for a while. Which was sort of quiet until this documentary came out. He was not cool anymore in 1984. He was not the flavor of the month, and I was still just screaming, ‘This guy is my hero, my biggest influence, blah-blah-blah…’

“One day I get a dozen black roses backstage at a concert from Alice Cooper, thanking me for everything I’m saying about him and how much I was just praising him. And then he came down to a show, and we met, and we became friends.

“And he’s just an amazing, likable guy, he’s been through hell and back, lived to tell the tale. He’s a really decent person on top of everything else. And I like to think at the end of the day, I’ve also become a decent person.”