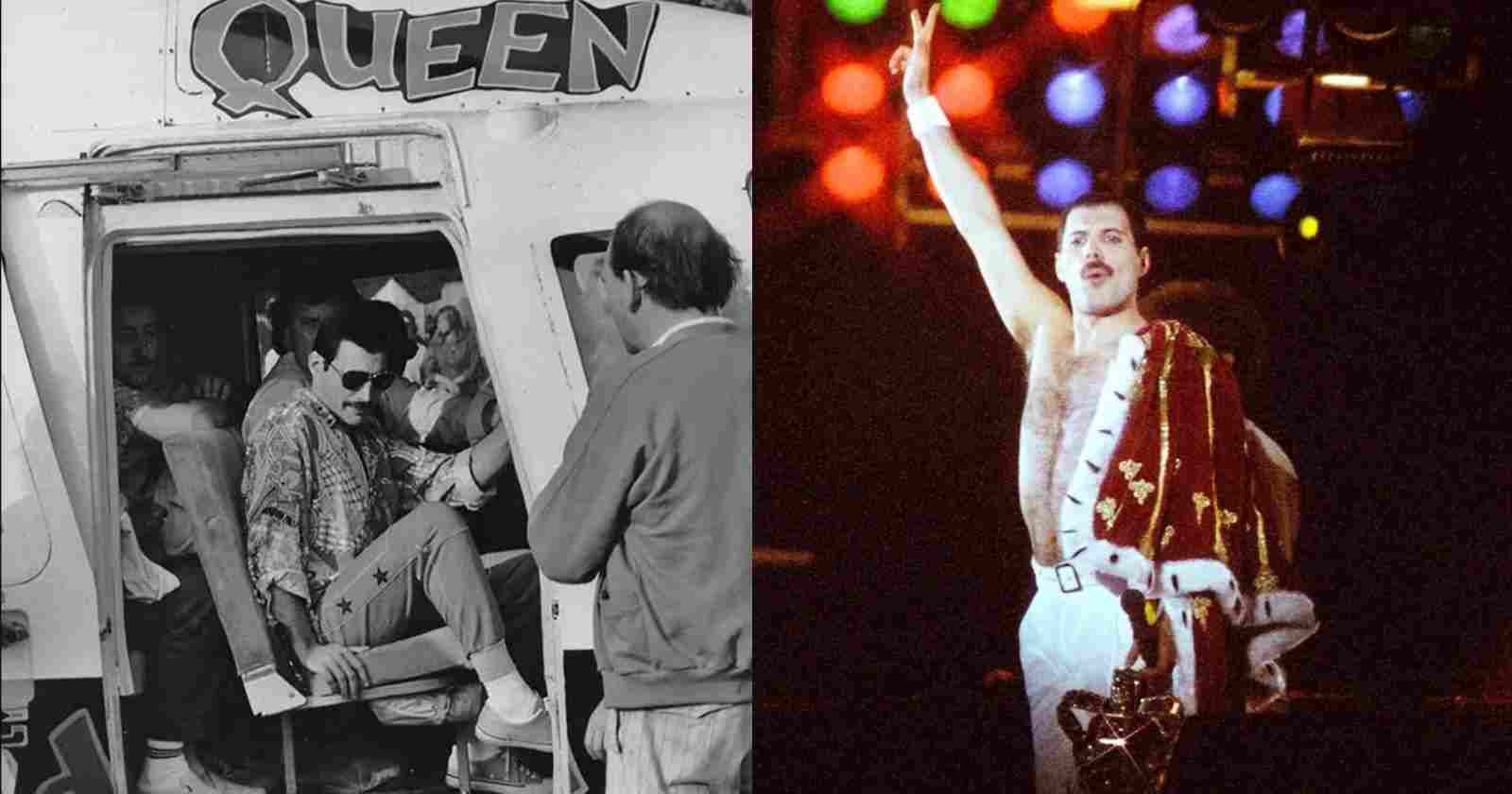 Freddie Mercury is considered by many the best singer of all time. Unfortunately he left us too soon in 1991 at the age of 45. However, his last live concert with Queen was 6 years before in August 9, 1986 at Knebworth House in Hertfordshire. The fans paid £14.50 to £16 for the tickets and could see they playing many classic songs of the album Kind Of Magic, besides the opening acts Big Country and Status Quo.

The setlist of Queen’s last concert with Freddie Mercury:

Watch the video of the last concert Freddie Mercury did with Queen:

Loudwire interviewed some fans that were at the concert that day, many of them lamenting that the performance was not officially filmed:

Henry Lytton-Cobbold went to the concert at the age of 20, said: “Can you believe that on Freddie Mercury’s last concert, the great showman, no one actually pressed record? There’s a Dutch bootleg of somebody filming a screen at the back of the audience for the whole show. So there’s a record of it, but no proper film.”

The band’s roadie, Peter Hince also talked about what happened in the backstage that day, recalling that John Deacon smashed his bass into his amp:

Besides that, a 21-year-old fan of the band was stabbed in the crowd and the paramedics weren’t able to save his life. The news was shared with the band only after the show.

And what’s more, despite a mammoth applause and satisfying ending with the encore of God Save the Queen, the concert was later remembered for something very different. Brian May stated in interviews over the years that he didn’t knew it would be Freddie’s last concert.