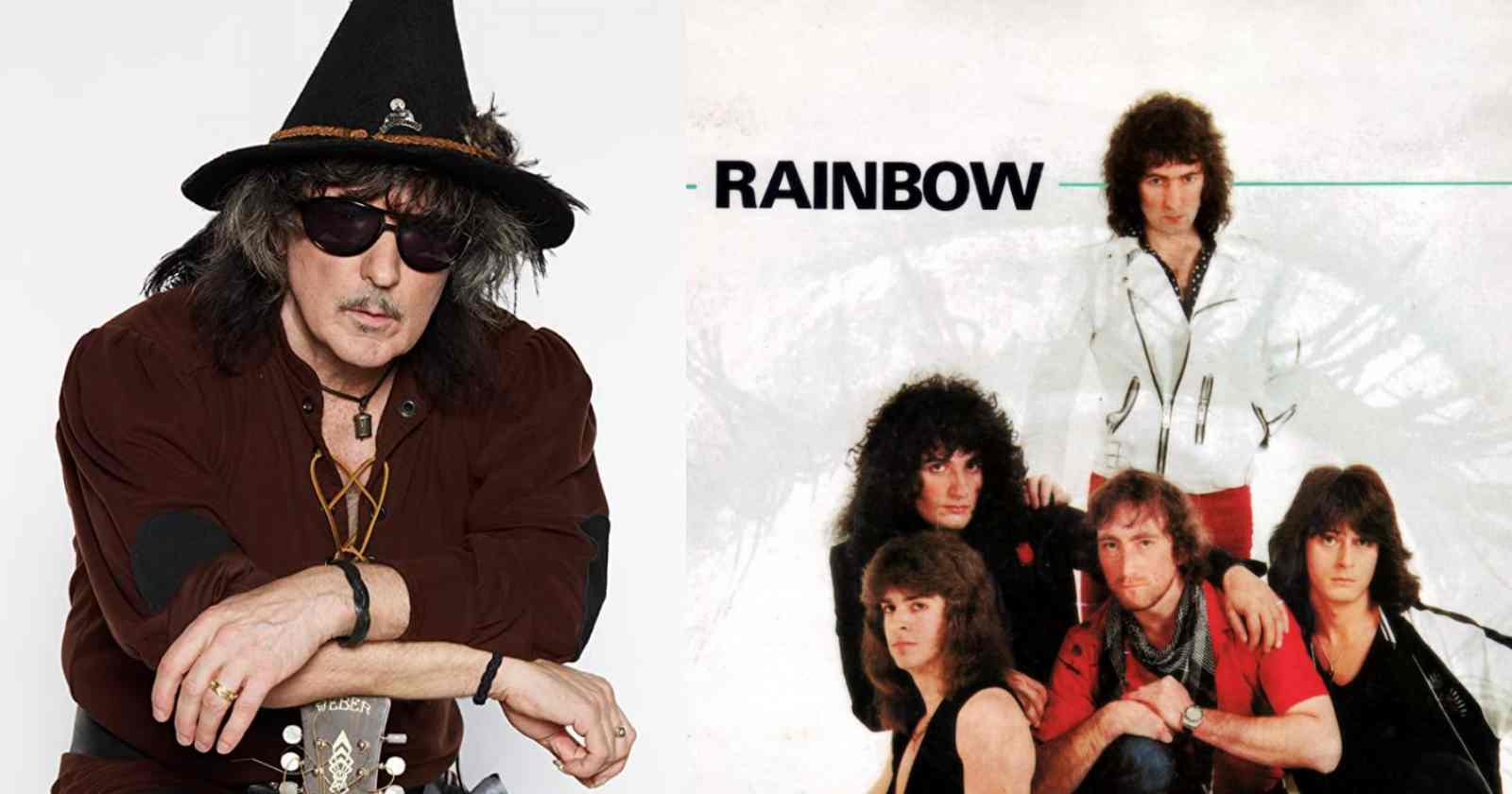 The legendary British guitarist Ritchie Blackmore first achieved fame as a member of Deep Purple but also had success with his own band, Rainbow. He formed the group in 1975 and over the years had famous members like Ronnie James Dio, Cozy Powell, Don Airey, Jimmy Bain, Roger Glover, Graham Bonnet, Joe Lynn Turner and Bob Daisley.

The band started with a Heavy Metal and Hard Rock sound and then progressed to a more commercial Rock and Roll sound with vocalists Graham Bonnet and Joe Lynn Turner.

In an interview for the documentary “Ritchie Blackmore Story” (2015), Blackmore revealed which is in his opinion the ultimate Rainbow song and explained the reason why.

The ultimate Rainbow song according to Ritchie Blackmore

(Transcribed by Rock and Roll Garage): “I think I wrote with Joe. One of my favorite tunes which is ‘Street Of Dreams’. That to me was the ultimate Rainbow song. I love that song. Come on the jukebox and I go: ‘I’m proud of that’.”

“Because it was exactly where I wanted to go. The fact that I could kind of write something that was poppy was something new for me. I like that groove. I just don’t wanna play ‘Crash, crash, crash’ for the sake of it. (So) I’ve got a hear a melody, (the) melody was always at the bottom of, for me muscially, where I was going,” Ritchie Blackmore said.

In an interview with The Quietus back in 2017, Blackmore talked about which Rainbow line-up was his favorite one and the era with Joe Lynn Turner was one of them. “I liked right in the beginning, with Ronnie Dio and myself for the first year. I also liked the American era [in the 1980s] of songs like ‘Stone Cold’ and ‘Street of Dreams’. Around the Long Live Rock ’n’ Roll era [in 1978], it was getting very tense,” Ritchie Blackmore said.

Blackmore also said in a conversation with Classic Rock back in 1995 that Turner was the best vocalist Rainbow ever had. “Joe was the best singer we had in Rainbow, without a doubt. Him singing things like: Can’t Let You Go, Street Of Dreams, he was brilliant. So on his ballads no one could touch him, and his was the voice I was looking for. And when we broke up and I had to do the Purple thing. I shouldn’t have really done that. But I did it because it was basically easy money,” Ritchie Blackmore said.

Credited to Ritchie Blackmore and Joe Lynn Turner, “Street Of Dreams” was one of Rainbow’s biggest hits. It peaked at number 52 at the UK Singles chart and number 60 at the US Billboard Hot 100.

It was featured on the band’s last album with Turner on vocals “Bent Out of Shape” (1983). That record also had famous tracks like “Can’t Let You Go” and “Snowman”.

With 8 studio albums released, the band have sold an estimated amount of 30 million records worldwide. Even though Rainbow is a very influential band, they still weren’t inducted into the Rock and Roll Hall Of Fame.

The origin of Def Leppard’s “Gunter, Gleiben, Glauchen, Globen”
The 9 bands Frank Zappa said that were not Progressive Rock
To Top