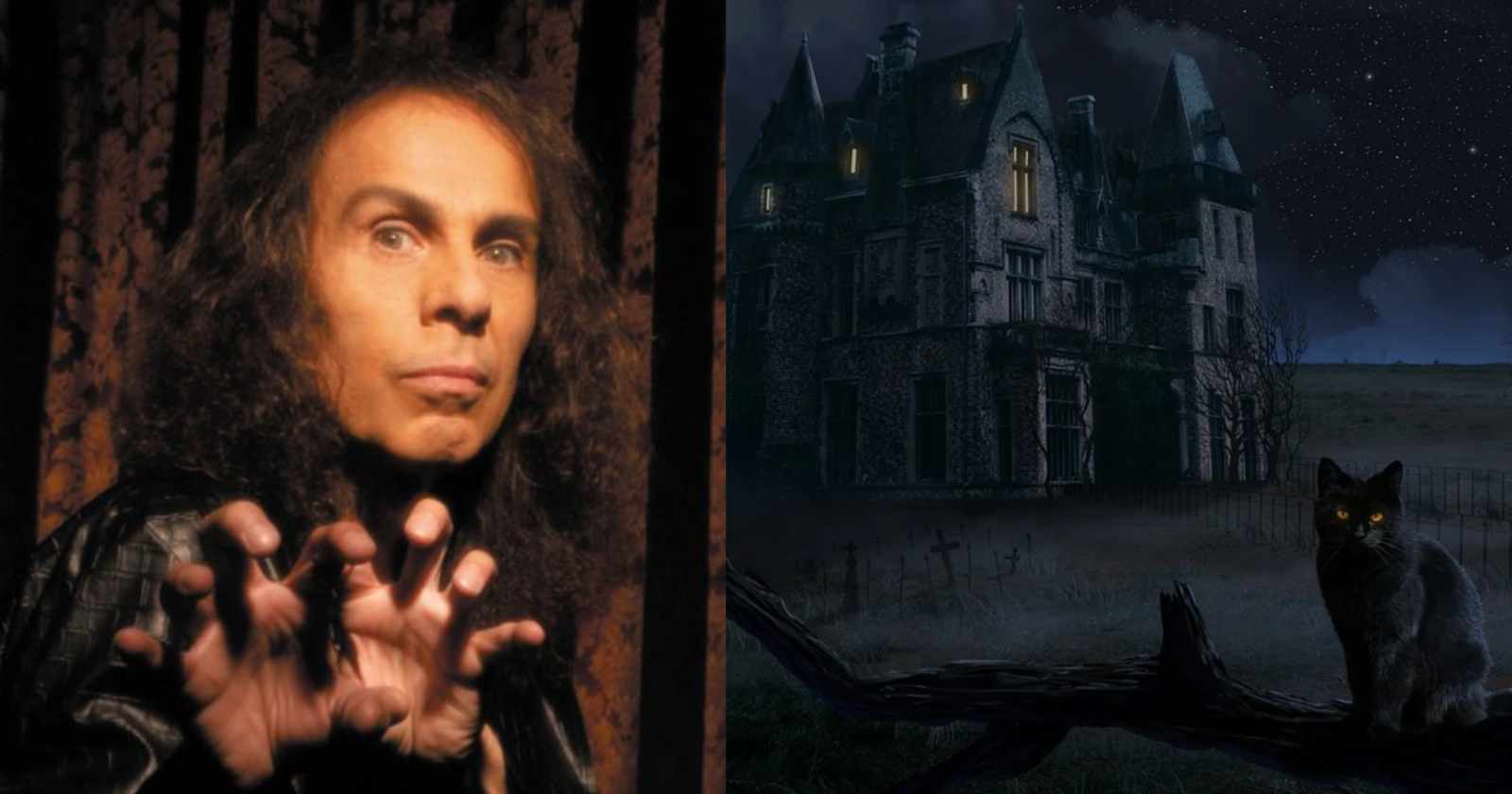 Heavy Metal music was often linked in the 80s with the Devil and called ‘satanic music’ by conservative people. Singer Ronnie James Dio explored that image on his solo career especially with the mascot Murray, a devil figure that was on all his album covers and on Dio’s debut record “Holy Diver” he was fighting a priest. But before his solo days when he still was a member of Rainbow he had some strange experiences after guitarist Ritchie Blackmore, who is very interested in spirits and conducts séances, tried to comunicate with some entities.

The supernatural experiences that Ronnie James Dio had

In an interview with Steve Newton back in 1985, Ronnie James Dio was asked if he was interested in the occult and he said that he wasn’t but he learned that you should try to open the door for spirits: “I have no interest in black magic whatsoever. I’ve always been a practitioner of white magic, which is for good. I know anything you’d want to know about the occult because I’ve studied it for a long time. Ignorance leads you down the wrong path. I don’t want to be ignorant about it”.

“I learned long ago that you don’t meddle with spirits. You don’t meddle with good ones, you don’t meddle with bad ones, because once you open the door and let them in they never go away. So you can’t say, “Well your time’s up, bye!” You know, you’re opening up something horrible there when that happens, so my advice to anyone is just to stay away from any kind of black magic. White magic is fine, it’s for the good. And that’s the only thing I’ve ever been interested in.”

In an interview in Sweden back in 2001, Dio recalled when Rainbow summoned a spirit that was hauting the studio they were recording the famous “Long Live Rock N’ Roll” (1978) album and things wen’t wrong. “Well we had some séances because we had some problems in the studio.”

“We were in France in a studio called Chateau, we would go into the studio and the tape machine would be running and no-one would be there. So we had one song – ‘Gates of Babylon’ – and we couldn’t finish; we just couldn’t finish it no matter how we tried.”

“The tape would break, the machine would stop, we’d get close to it but just couldn’t finish it. One day we had a séance in the studio and contacted the spirit who said he was Baal. His opening line was always, ‘I am Baal, I create chaos. You will never leave here.’ That was what he always said. So after a while you got kind of, ‘Oh Baal again. Hey Baal, how you doing mate?’”

Things started to get creepier according to Ronnie James Dio

Dio continued saying that after a while the band wasn’t afraid anymore of the spirit until he started to take glasses and pushing them all the way through the other side of a table and coming back to where it was before. The musician also said that sometimes the glass would be smashed against the wall and the piano would be playing when there was no one around.

According to the vocalist the band eventually went to a local priest for an exorcism and he “He threw us out! He said, ‘I won’t go to that place, ; that place is horrible.’ We said, ‘We know!’ He wouldn’t come. We found a big cross, we had a cross made and we put it up in the studio. The next time we had a séance Baal said, ‘I am Baal, I create chaos. You will never leave here. What’s that stupid thing doing on the wall?’

“We said, ‘Do you believe in Christ?’ He said, ‘Ha, Christ, he was only a man, I’m not afraid of anything.’ So we knew we had some troubles here.”

Rainbow eventually managed to finish the song and as they were leaving the place in a winding stone stairway from the sleeping areas to the cars to leave the place Dio’s wife was in front of him and she had box in her hand and she suddenly pitched right off the stairs and fell to the bottom of the stairs, luckly the box broke her fall. His wife felt like someone pushed her at that moment and the band conclued that was probably the spirit.

Dio revealed that he only did a séance again some time after still in Rainbow in a old castle in Newcastle and Baal showed up again. “It never goes away. It’s not limited to boundaries of countries. You know spiritual things have no limits at all. But it’s what YOU believe. It’s what’s believed inside of you. I think that particular spirit that called itself Baal was just a lower astral, nothing more than that.”

“It swore too much, it used wrong parts of speech for it to be anything strong. It certainly wasn’t Baal. If it were Baal you wouldn’t be talking to me today, we’d be all gone.”