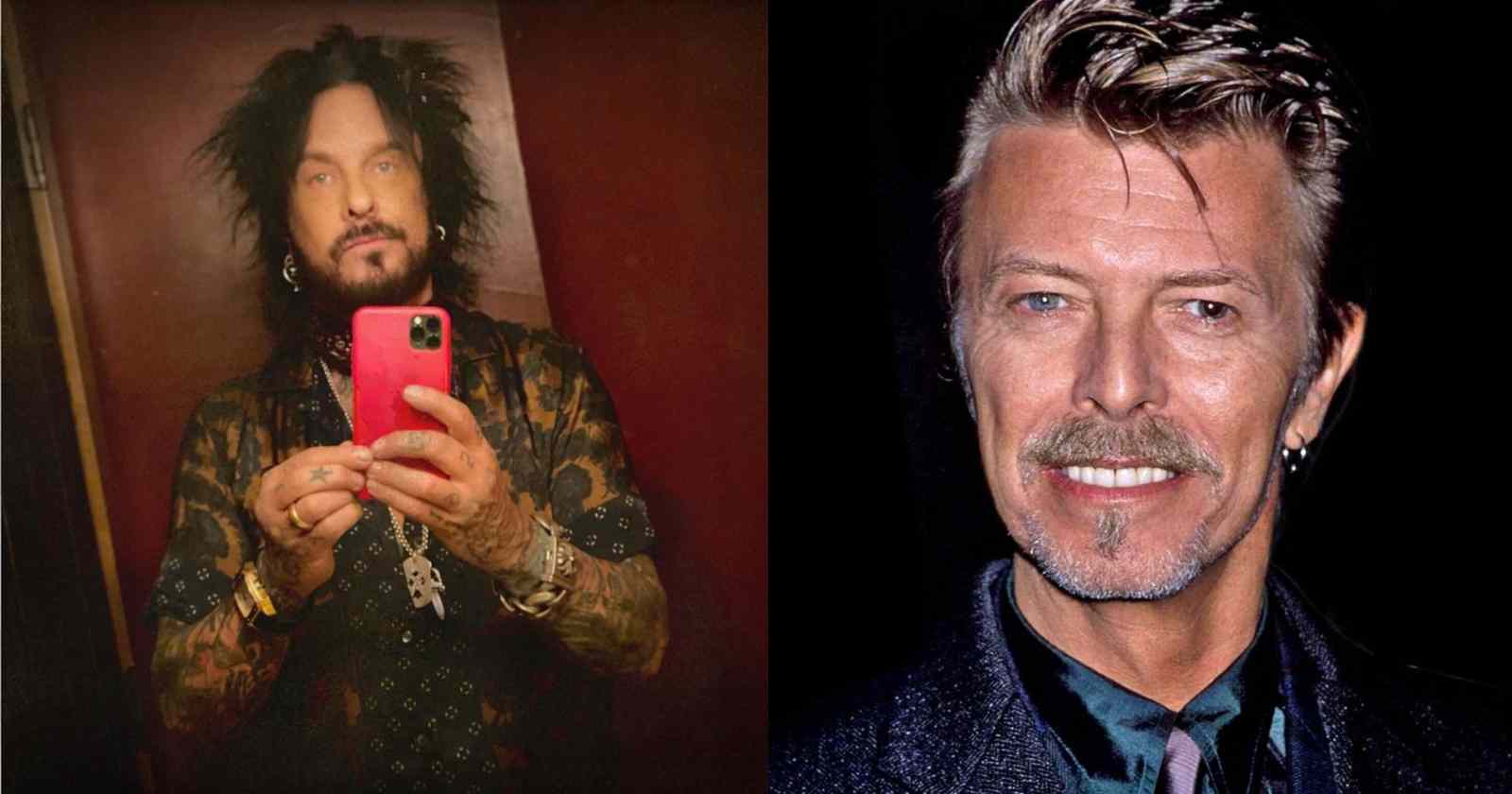 Th late David Bowie was often compared to a chameleon during all his career due to his ability to change not only his visual but the kind of music he was making with his band. That characteristic made Bowie an inspiration for musicians from many different music genres, including Nikki Sixx, the bassist and main lyricist of Mötley Crüe that recalled in an interview with BBC Radio 2 back in 2019 (Transcribed by Rock and Roll Garage) the funny moment when he saw his idol face to face.

“David Bowie had a huge influence on me, not only musically but visually and the evolutionary process of his creativity, which you know, a lot of people probably don’t connect the dots between Mötley Crüe and Bowie, maybe a little bit. But if you look at every single one of our logos, the way we sounded and the way we looked, every single album changed. The record company hated, they were like ‘Why are you changing your logo?’ and we said ‘Well, it’s our second record, we should have a second logo.”

“A third record, third logo and so on.’ A lot of people don’t know this, maybe the deep, deep fans know this, that ‘Diamond Dogs’ is my favorite record and it begins with ‘Future Legend’, if you listen to ‘In The Beginning’, before the song ‘Shout At The Devil’, on the Shout At The Devil’ album, you can kind of see what I was doing. I took that idea of cutting, coming, in our case, out of this apocalyptic city and poetically opening up this idea of you know ‘Where we were going’.

“I did meet David Bowie once. So I was on Sunset Bouelvard and this silver Mercedes like pulled out of this alley right in front of me, like almost hit me, or I almost ran into the car and I looked and it was Bowie. I stared at him and he stared at me like I was just a pedestrian, maybe he though ‘Oh, this guy is kind of weird looking, reminds me of somebody I know’ and I froze.”

“So I wanted it to go up and kind of (knock) and ‘Hey David, it’s me, it’s Nikki, you know’. But I had this fear that he would be like ‘Who are you?’ or ‘What is a Mötley Crüe?’. You know what I mean? I had a real fan moment where I didn’t wanted to wreck it”.

One of the best-selling artists of all time, David Bowie made history with a career that had a wide musical range, just like Nikki Sixx said. The musician had differente eras playing Glam Rock, Pop, Electronic and Experimental music. During his lifetime, his record sales, estimated at over 100 million records worldwide,

He was inducted into the Rock and Roll Hall of Fame back in 1996 by The Talking Heads leader David Byrne, who said in his speech: “When David Bowie came along, Rock and Roll needed a shot in the arm”.

The musician died at the age of 69 in 2016, victim of liver cancer at his Lafayette Street home in New York City, after an 18 months struggle.