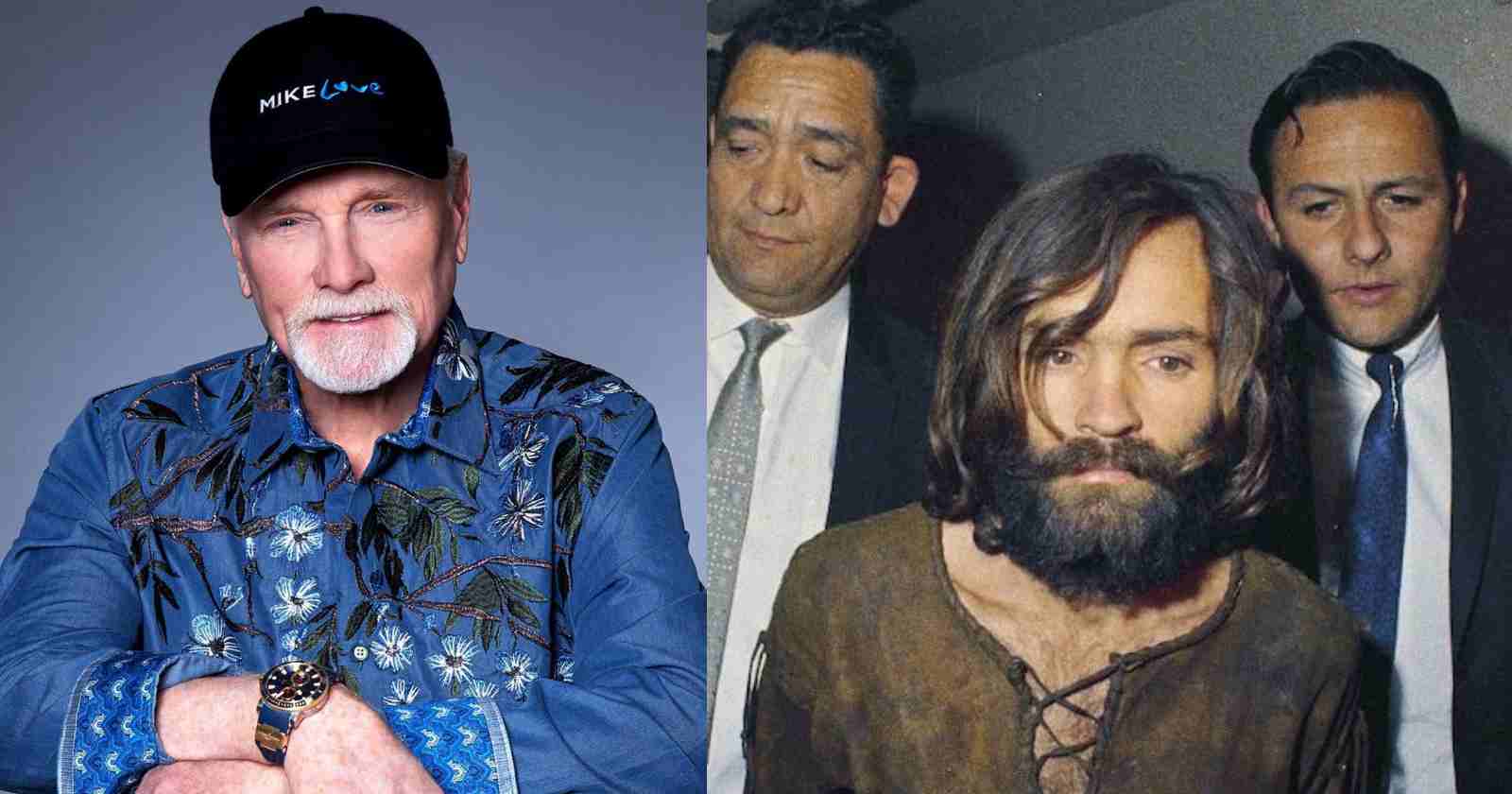 In the summer of 1968, one year before Charles Manson planned seven brutal muders, including the one from Sharon Tate, The Beach Boys drummer Dennis Wilson met members of the “Manson Family” a became a friend of them. That relationship even led the band to record “Never Learn Not To Love”, an altered version of the song “Cease To Exist”, written by Manson.

In an interview with in an interview with Opie Radio back in 2016 (Transcribed by Rock and Roll Garage), The Beach Boys singer and Dennis Wilson’s cousin, Mike Love recalled the strange story of how he first met manson back in the late 60s.

Asked if the killer ever tried to speak him while he was in jail, Mike Love said that “thank God, no” but that they called his house when things were “getting grisly back in Southern California” at the time of the Manson family murders. “They called my house in Manthattan beach and said ‘prepare to die, pig’. Pig is what they wrote on the wall with the blood. They weren’t mad at me, they were mad at the world, I guess.”

“Charlie wanted to be a Rock star. He wrote songs with my cousin Dennis (Wilson) and when things didn’t work out, then he full of rage, he wanted to kill people. He tied to something called ‘Helter Skelter’, which was going to be a race war and they had to do something wacky to start it.”

The musician then continued recalling how Dennis Wilson first met Manson. His cousin and bandmate picked up two girls who were hitchhiking and they had a little party in his house. After that he went to tour with The Beach Boys and when: “He comes back from tour and his house is inhabited by Charles Manson, a dozen girls and a couple of other guys.”

“I said: ‘Dennis, why you are so uptight?’ He said ‘I was out in the ranch (Spahn ranch). I saw Charlie take an M16 a blow a ‘black cat”, meaning a human being in half and stuff him down a well at Spahn ranch. But Dennis never spoke a word about that to anybody else. (Just) myself and a couple of people.”

“We were invited to dinner at Dennis’ house. So Bruce Johnston and I left the studio at Brian’s house. It was a couple miles away and (we) drove over to dinner. (It was) a log cabin type-house. We’ve got there and Bruce and I were the only people with clothing on at dinner. So I thought that was kind of unusual. Anyway, after dinner they adjourned to a sort of a den and Charlie turned on the stroble light. Then (he) passed out what was said to be acid, which I have never done that.”

“So I declined and there was a lot of people sort of groping and doing whatever. That’s not my kind of thing. I am a little more shy than that. So I left, I went to the bathroom, it was really a hot day and I stepped in the shower, some girl comes behind me. Then behind her comes Charlie Manson opening the shower door and saying ‘You can’t do that'”.

“I said ‘What’s that, Charlie?’ and (he said) ‘You can’t leave the group’, with the Charlie Manson stare. That was pretty gnarly. He said that to me (Not to her) and then I got out of there. Bruce and I just left and went back to the studio.”

“So I’m driving down Sunset Boulevard and thinking: ‘Oh boy, Dennis you really got a weird one on your hands right now. So what happened was Dennis couldn’t confront him, really, because of what he had seen at the ranch. He just abandon the house. It was a rental house, he just got out of there,” Mike Love said.

Dennis Wilson died back in 1983 at the of 39 after drowing in the waters of Marina Del Rey in California. Manson died in prison at the age 83  in 2017.