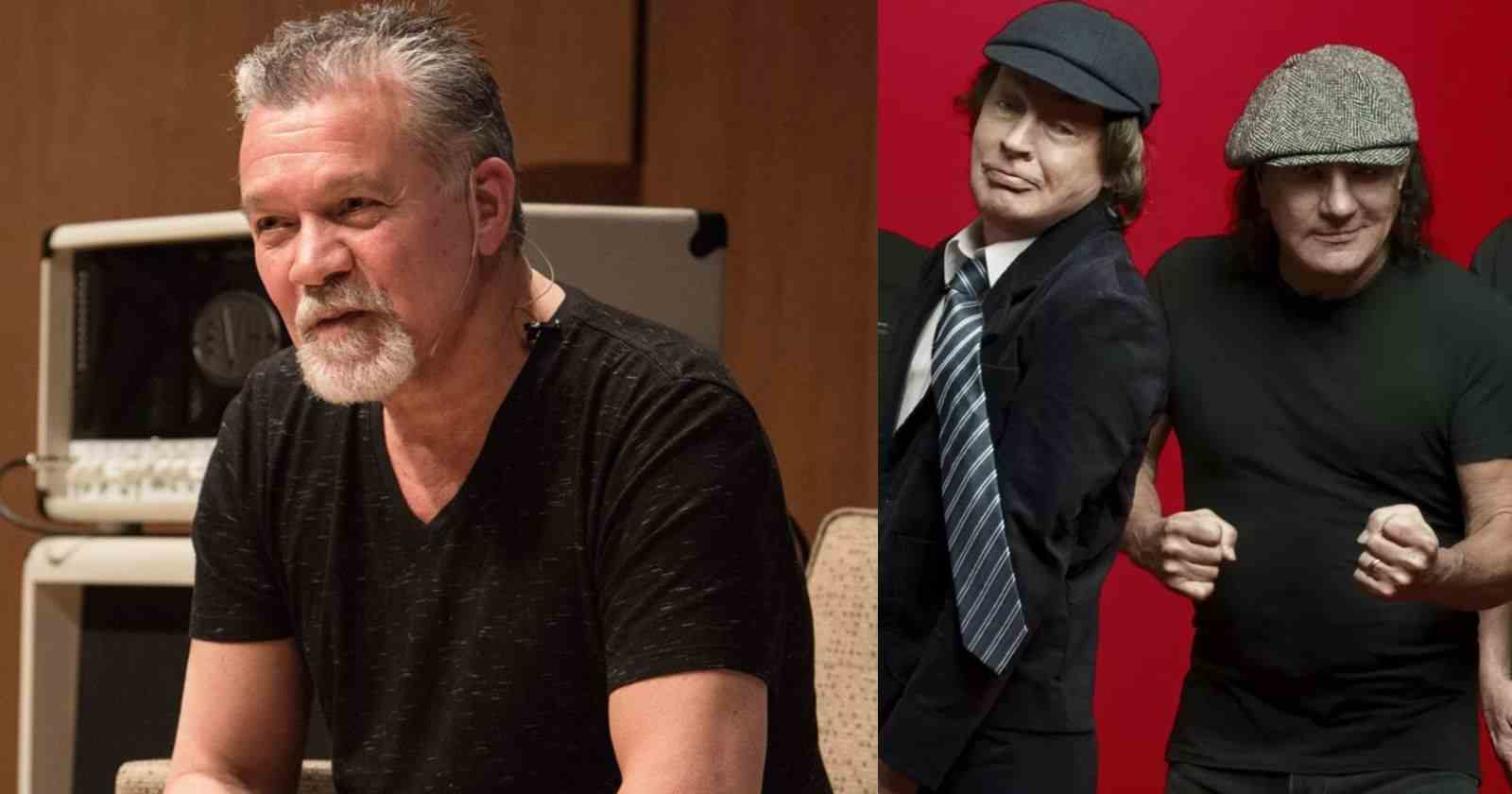 Van Halen was one of the biggest Hard Rock bands of all time and in an interview with Guitar World back in 2014, guitarist Eddie Van Halen said that one song of the band was inspired by another legendary Hard Rock band: AC/DC.

When the interviewer praised “Drop Dead Legs” from the 1984 album, the musician recalled that when he wrote the tune, he was inspired by AC/DC’s “Back In Black”.

Eddie Van Halen said about “Drop Dead Legs” being was inspired by AC/DC’s “Back In Black”:

The solos almost always go into a different place than the rest of the song. Sometimes you even change keys, like on Jump, Top Jimmy and Panama.

“I view solos as a song within a song. From day one that is just the way that I write things. I always start with some intro or theme and establish a riff. Then after the solo there’s some kind of breakdown section, that’s there in almost every song, or else it returns to the intro.”

The late Van Halen guitarist Eddie Van Halen died in October 2020 at the age of 65, victim of throat cancer and all the rock and roll community paid tribute, including AC/DC guitarist Angus Young that said: “Eddie was a guitar wonder, his playing pure wizardry. To the world of music he was a special gift. To those of us fortunate enough to have met him, a very special person. He leaves a big hole in a lot of hearts. To the Van Halen family my heartfelt sympathies.”