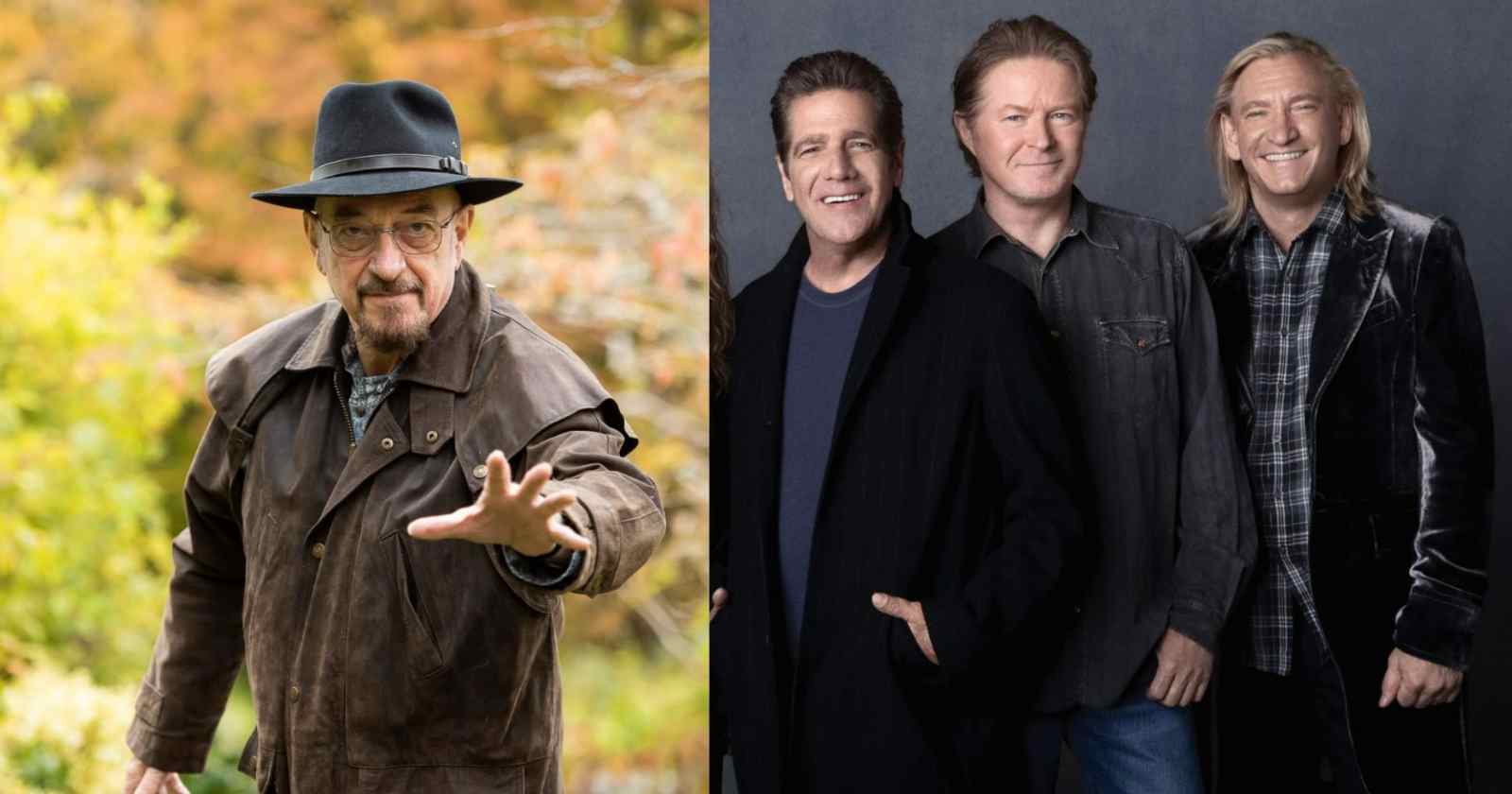 With millions of songs written and recorded over the decades it’s not hard for musicians to unconsciously compose songs that are similar to other track already released before. That’s the case between “We Used To Know”, released by Jethro Tull on their 1969 album “Stand Up” and the huge The Eagles hit “Hotel California” released on their album of the same name in 1976.

The legendary Jethro Tull frontman Ian Anderson talked in an interview with Steve Davis back in 2010 (Transcribed by Rock and Roll Garage) about the similarity between the two songs and what was his opinion on the Eagles hit.

The similarity between classic Eagles song and a Jethro Tull track

“A lot of people have mentioned to me the apparent similarity between ‘We Used To Know’ on the ‘Stand Up’ (1969) album and The Eagles ‘Hotel California’. I had never really drawn any comparison at all until many, many years later after ‘Hotel California’ came out. But then of course, Martin (Barre) and I did remember that I think it was in 71 or 72, The Eagles before they were rich and famous. I think they (had) just released their very first single called ‘Take It Easy’, I think that was called. And they were like almost a Country band. They were a kind of pleasent enough, kind of cheerful, Funky-Country sort of band.”

“They were an opening act for Jethro Tull, probably around the time or just before ‘Thick As A Brick’ album in 72. At that point I guess we were plaiyng ‘We Used To Know’ on stage. So it’s quite possible that The Eagles back in their dressing room when they come offstage, you know, when their packing up their guitars and doing wathever, they may have heard this permeating through the dressing room walls. And as is so easily done, you pick up on something subconsciously. It’s not a deliberate act of plagiarism. I mean, the rhythm is different, the melody is different. But is the progression of the chords. In some ways, in which elements of the melody relate to it that it’s certainly some similarities.”

“But I would just say that I’m flattered by the fact that a much better song than my song was written by a band who have gone on to be one of the great examples of American popular music of that era. ‘Hotel California’ is a great tune. A much better job that I would have made of it. If they had indeed taken that chord progression (and say) ‘Let’s do something with it’, then they made a good job of it. Good song. But I’m far from being in anyway miffed about it.”

“I’m actually very flattered if they took something that I came up. And for all I know, I may have lifted the same chord progression from somebody else without thinking about it. Or necessarily consciously doing it. I’m sure I’ve done that on more than one occasion in my life. It’s all too easy to do. There is only 12 notes in the musical scale. If you keep hiting the piano long enough, as they say, you will write Beethoven’s Ninth Symphony, if you stick at it long enough or ‘Hotel California'” (laughs).

The Ex-Eagles guitarist Don Felder was the one who wrote the music for “Hotel California”. He told Guitar World in 2013 that he composed the idea of the song when he was at a rental beach house in Malibu. “I remember sitting in the living room on a spectacular July day with the doors wide open. And I had a bathing suit on. (I) was sitting on this couch, soaking wet, thinking the world is a wonderful place to be. I had this acoustic 12-string and started tinkling around with it. Those ‘Hotel California’ chords just kind of oozed out.”