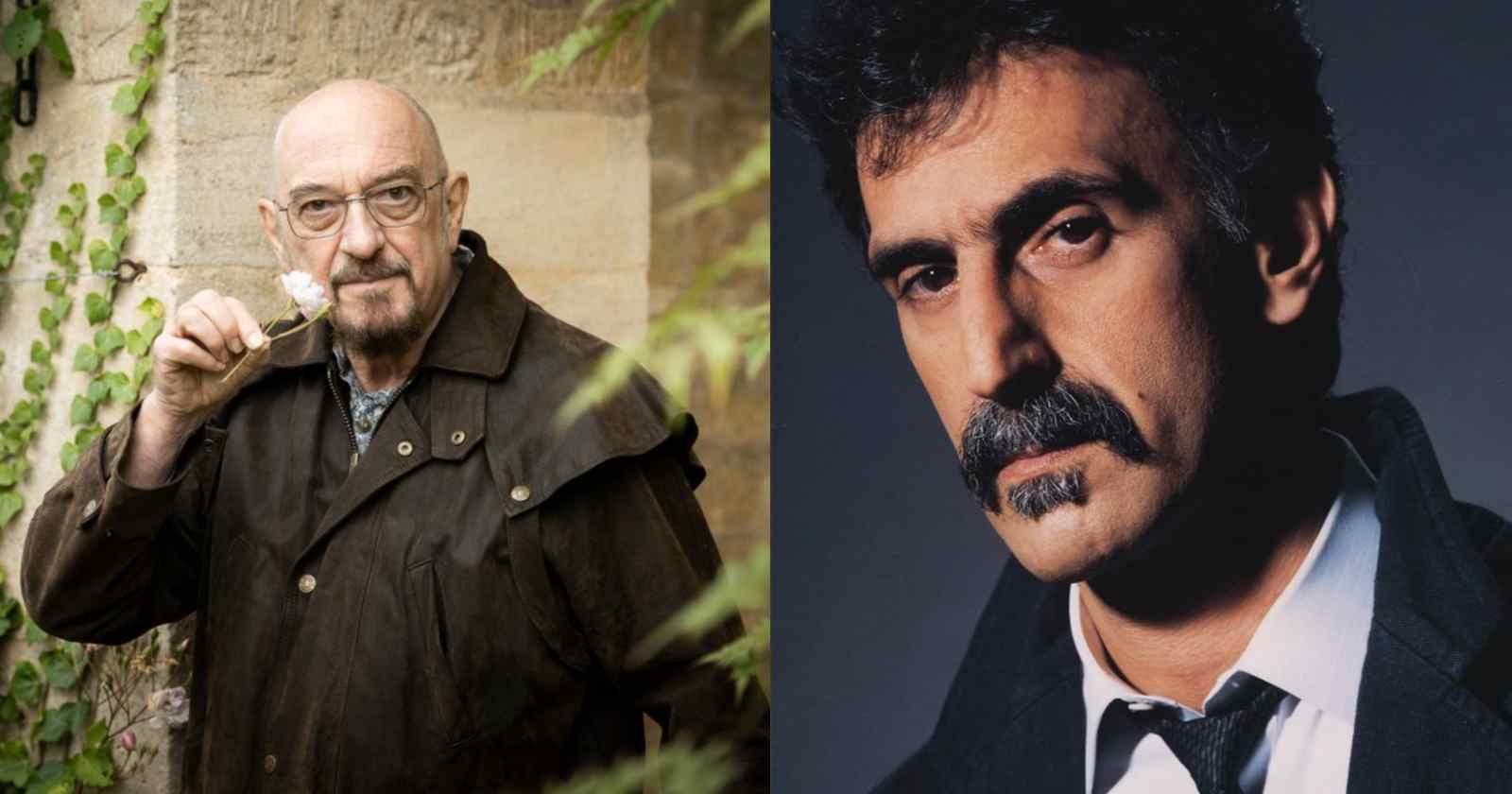 Images from Jethro Tull's website and the album "Jazz From Hell"

The American guitarist and singer Frank Zappa was an important part of Rock and Roll history and unfortunately died too soon at the age of 52 back in 1993. Jethro Tull leader Ian Anderson was a fan of his work and Zappa also liked his albums but they never had the opportunity to meet each other over the years.

In the early 90s when Zappa was battling cancer, the American musician wanted to speak with Ian Anderson but as he explained in an radio interview back in 2016 (Transcribed by Rock and Roll Garage) he never returned that call and later regreted that decision.

“Sadly I never got to meet Frank Zappa, we nearly did. And I actually read that he didn’t like Jethro Tull at all back then in the 70s. He rather resented the fact that us British bands Led Zeppelin, Jethro Tull, Deep Purple and so on. We were going over there (United States) and making tons of money. Seemingly while he was struggling to run his band.”

“So he was rather unkind to some of us in the press, which was a shame because I was a big Frank Zappa fan at that point. I was in fear of taking up the invitation to call him shortly before he died. I’ve got a message from one of his musicians that I knew, that said ‘Frank wants to speak to you, he wants you to call him.’ I thought ‘How do you speak to a dying man? You know, picking up the phone talking to someone for the very first time in what turned out to be the last weeks of his life.”

“It was something that I couldn’t really do. So I called three times and each time I hung up before the phone answered, in fear of just not knowing what to say and I feel so bad about that today. I really, really would love to have spoken to Frank, Even if it was to only hear his abuse (laughs), raging down the telephone, whatever he might have said.”

“But this was one of the great albums ‘Over-Nite Sensation’ (1973). ‘Camarillo Brillo’ was the name of the track and uniquely for Frank. He managed to capture these things in a humorous way. But his musicality was absolutely supreme and arrangements are fantastic. Hi singing, which is kind of throwaway gravelly thing is just perfect for the unique delivery that he had. I for one remember him very, very fondly, indeed and sorry Frank, I didn’t hang on untill you picked up the phone.”

Frank Zappa was inducted into the Rock and Roll Hall of Fame in 1995, 2 years after his death. Velvet Underground’s Lou Reed was the one responsible to induct the late musician and said: “Frank was a force for reason and honesty”.

During his lifetime, Zappa released 62 albums. Since his death back in 1994, the Family Trust of the artist has released 57 posthumous albums as until 2021, making a total of 119 albums/album sets.
Very  productive and prolific, Zappa was admired for his compositional complexity but many critics said his work didn’t had emotional depth. He had more commercial success outside the United States, particularly in Europe
Continue Reading
You may also like...
Related Topics:articles, CLASSIC ROCK, Featured, frank zappa, ian anderson, interviews, jethro tull, progressive rock