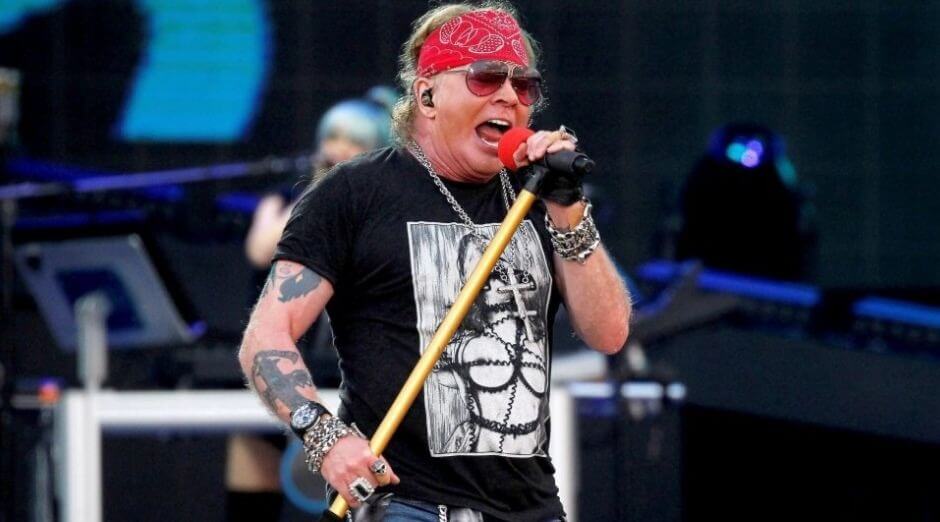 Guns N’ Roses singer Axl Rose is considered one of the most important vocalists from the 80’s and 90’s. He revealed in an interview back in 2018 with Atlas Magazine his favorite singer and band of all time.

The best band and singer of all time according to Axl Rose:

According to Express UK, Axl also praised the late Queen vocalist saying his songs helped him during his childhood: “If I hadn’t had Freddie Mercury’s lyrics to hold on to as a kid I don’t know where I would be. It taught me about all forms of music… it would open my mind. I never really had a bigger teacher in my whole life,” Axl Rose said.

The Guns N’ Roses frontman had the chance to pay tribute to the late Freddie Mercury in an incredible performance of “Bohemian Rhapsody” alongside Brian May, Roger Taylor, John Deacon and Elton John at the Freddie Mercury Tribute Concert back in 1992, in Wembley stadium, England.

Back in 1989 he praised Queen in an interview with Rolling Stone, saying:

“I’ve always looked at things in a versatile sense because of Queen, ELO, Elton John, especially early Elton John, and groups like that. With Queen, I have my favorite: [1974’s] Queen II. Whenever their newest record would come out and have all these other kinds of music on it, at first I’’ only like this song or that song.”

“But after a period of time listening to it, it would open my mind up to so many different styles. I really appreciate them for that. That’s something I’ve always wanted to be able to achieve. It’s important to show people all forms of music, basically try to give people a broader point of view.”

“Satisfaction” cover that for Keith Richards it’s better than the original
Black Sabbath’s Ozzy, Iommi and Geezer recalls how they met each other
Advertisement
To Top