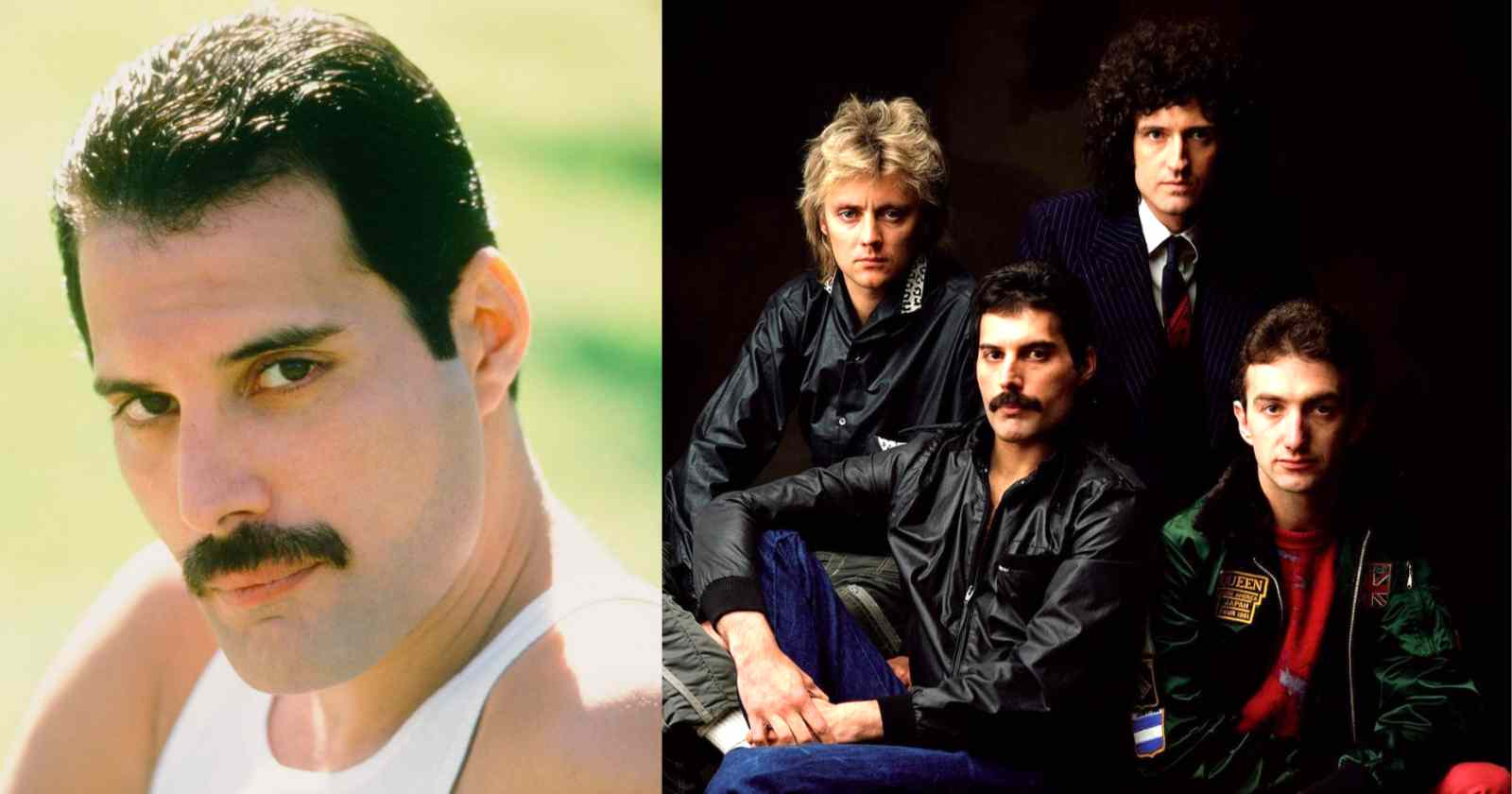 Considered one of the greatest singers of all time, the legendary Queen vocalist Freddie Mercury died too soon at the age of 45 back in 1991 but left an incredible discography that still is loved by millions of fans worldwide. To show a little bit more about Mercury’s musical taste, Queen’s official Spotify profile created a playlist with some of his favorite songs. Rock and Roll Garage tells the story of the ones that are from Queen and his solo career.

Queen “Somebody To Love”

Released in 1976 on the band’s fifth studio album “A Day At The Races”, “Somebody To Love” became one of the most famous songs of Queen’s discography. The ballad was written by Freddie Mercury and it’s often compared to their masterpiece “Bohemian Rhapsody”, due to the complex harmonies and music. At the time of it’s release, the track reached the number 2 in the United Kingdom and number 13 on the Billboard Hot 100 in the United States.

The singer talked about the song in an interview posted on the band’s official Youtube (Transcribed by Rock and Roll Garage): “We had the same three people singing on the big choir sections but I think it had a different kind of technical approach because there was this sort of Gospel way of singing, which I think was different to us. Sort of going to Aretha Franklin, sort of made them go a bit mad.”

“I just wanted to write something in that kind of thing. I was sort of incensed by the Gospel approach that she had on hear albums, the earlier albums. Although it might sound the same kind of approach on the harmonies, it is very different in the studio, because it’s like a different kind of… a different range,” Freddie Mercury said.

The album also had famous songs like “Tie Your Mother Down” and “Good Old-Fashioned Lover Boy”.

Heavily influenced by Elvis Presley, “Crazy Little Thing Called Love” was released on the band’s 1979 album “The Game” and became a constant song in the setlist of their concerts. At the time, the track peaked at number two in the UK Singles Chart and became a number one single on the Billboard Hot 100 in the United States. It was also written by Freddie.

In an interview with Absolute Radio back in 2011 (Transcribed by Rock and Roll Garage), Queen’s guitarist Brian May recalled the making of the song, saying: “It’s Freddie’s tribute to Elvis in a way. He was very fond of Elvis and of Cliff (Richards), I have to say also. Freddie wrote very quickly and rushed in, put it down with the boys. By the time I got there was almost done. I think that the sounds (Producer Reinhold) Mack managed to get, the elemental, very real sounds in the studio had a big contribution to make. It does sound very authentic, everything about it. It’s sort of like original Rock and Roll sound.”

That album also had hits like “Play the Game”, “Dragon Attack”, “Another One Bites the Dust” and “Save Me”.

Another song written by Freddie Mercury, “It’s A Hard Life” was part of the band’s 1984 album “The Works”. At the time of it’s release, the track reached number 6 in the UK Singles Chart.

Talking about the song for Queen’s “Greatest Video Hits 2” released in 2003, Brian May commented the song, saying (Transcribed by Rock and Roll Garage): “To my mind, this is one of the most beautiful songs that Freddie ever wrote. It’s straight from the heart and he opened up during the creation of it. I sat with him for hours and hours and hours just pouring out every word and trying to get the most out of it. It’s a very revealing thing about how relationships are and he was talking about his relationship.”

“But there’s everybody’s relationship in there, whatever kind of relationship it is. To me it’s one of his loveliest songs. On the face of it, I think I was mortified that he wanted to make this kind of video, because it’s totally distracting, obviously. But in Freddie’s mind, I’m not gonna say it’s a joke, it’s an ironical take.”

That album also had hits like “Radio Ga Ga”, “I Want to Break Free” and “Hammer to Fall”.

Written by Freddie and bassist John Deacon, “The Miracle” was the title-track of the band’s 1989 album. The creative official video of the song shows Freddie, John Deacon, Brian May and Roger Taylor playing on stage side by side with younger versions of themselves. That album also had classic songs like “I Want It All” and “Breakthru”.

In an interview for the promotion of the album back in 1989, the now retired Queen bassist John Deacon talked about the album, saying (Transcribed by Rock and Roll Garage): “Two or three weeks before we finished it was gonna be called ‘The Invisble Man’. But then we changed it to ‘The Miracle’. It’s a bit of a heavy title in a way. But it was from one song. I think the sentiment it’s quite nice in a way. Naive in some ways. But it’s reasonably genuine.”

Written by Dave Clark for his musical of the same name, “Time” was recorded by Freddie in 1986. Even though the Queen vocalist didn’t appear in the musical, the song was included on the soundtrack album. Also being released as separated single that reached number 32 on the UK Singles Chart.

Originally recorded by The Platters in 1955, “The Great Pretender” was covered by Freddie in 1987 and released as a single. Besides the singer, the track was recorded by Mike Moran (Synthesizers), Alan Jones (Bass) and Harold Fisher (Drums).

“Love Me Like There’s No Tomorrow” was featured on Mercury’s only solo album “Mr. Bad Guy” (1985). The track was also released as the final single of his solo record. It reached number 76 on the UK Singles Chart and stayed in the Top 100 for two weeks.

The album was made during the period Queen as on hiatus from recording.