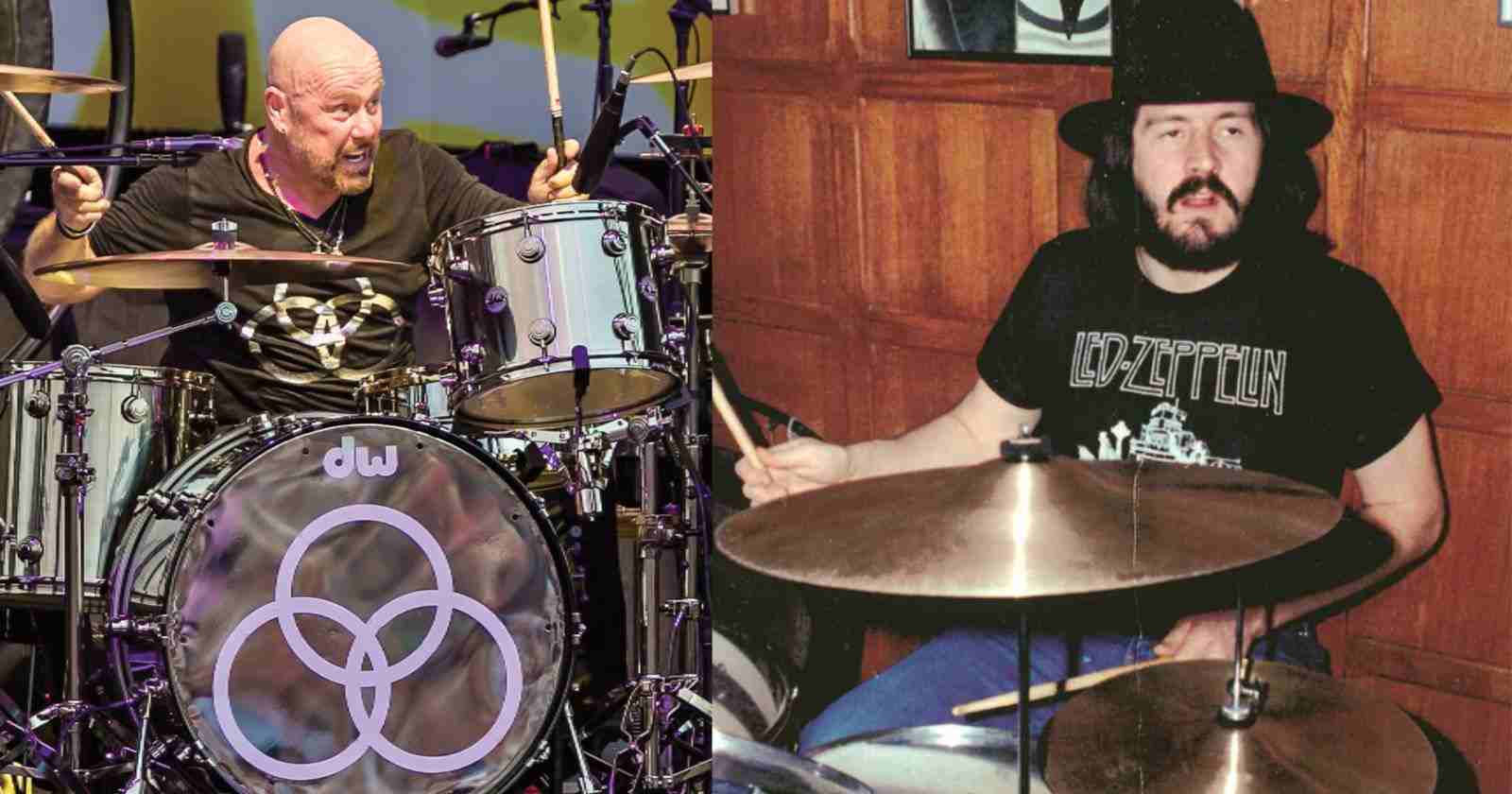 Drummer Jason Bonham, the son of the legendary Led Zeppelin drummer John Bonham, listed in an interview B102.7 radio back in 2012 the 5 favorite drummers and explained why they are so important to him.

The 5 drummers that Jason Bonham listed as his favorites

“Singing drummers are rare but he also sold 100 million albums worldwide as a solo artist and is known for one of the most distinctive drum sounds ever — celebrated in that Cadbury’s gorilla advert. My dad wasn’t a big Genesis fan but he did have Duke, which was one of their later albums. When Abacab came out I went straight out and bought it.”

“Dad was a huge jazz fan. He held his sticks up high — like his hero Buddy Rich. You can hear it in his snare drum work: he played a jazz kit in a rock band. When you listen to songs like ‘Moby Dick’ you can hear the influence. Joe Morello was equally as important as Buddy. If you listen to the solo on ‘Take Five’ you can hear where Dad picked up his skills.”

“Stewart Copeland was subtle and tasteful, always on top of everything, ahead of the beat almost… We went to see them at the Birmingham Odeon. Dad trod on Sting’s foot by mistake and Sting said, ‘Don’t step on my blue suede shoes man.’ Dad said, ‘I’ll step on your head!’”

“He wasn’t technically flash but the pushing and pulling he did with the sound was amazing. He was more with the guitar than the bass, melodic and creative. Strangely, my mate Zak Starkey ended up in his seat. My dad was good mates with [his father] Ringo. Zak’s a phenomenal player, a real influence and inspiration on me. I was envious when he got to play with The Who. When I finally got to play the Zep reunion he was the first person to text me congratulations.”

“Many drummers have told me how good my dad was. In the end I had to go back and listen to him objectively. Dad was technically amazing but he had no training. It was all instinct: he just had a feel for what was needed and a sense of groove.

For him it was like a heartbeat. People don’t get his sense of groove, they assume it’s all power. When you think of a track like ‘When the Levee Breaks’ it’s quite a simple pattern, but so many drummers play it really badly because it’s about the feel.”

Jason John Bonham was born 15 July 1966 and is the son of Led Zeppelin drummer John Bonham. After his father’s death in September 1980, he played with Led Zeppelin on occasions, including the Ahmet Ertegun Tribute Concert at The O2 Arena in London in 2007.

Bonham could play drums skillfully at the age of five, and appeared with his father in the film The Song Remains the Same, drumming on a scaled-down kit. At 15, he joined his first band, Airrace. In 1985, he joined Virginia Wolf, making two albums and touring the US supporting the Firm.