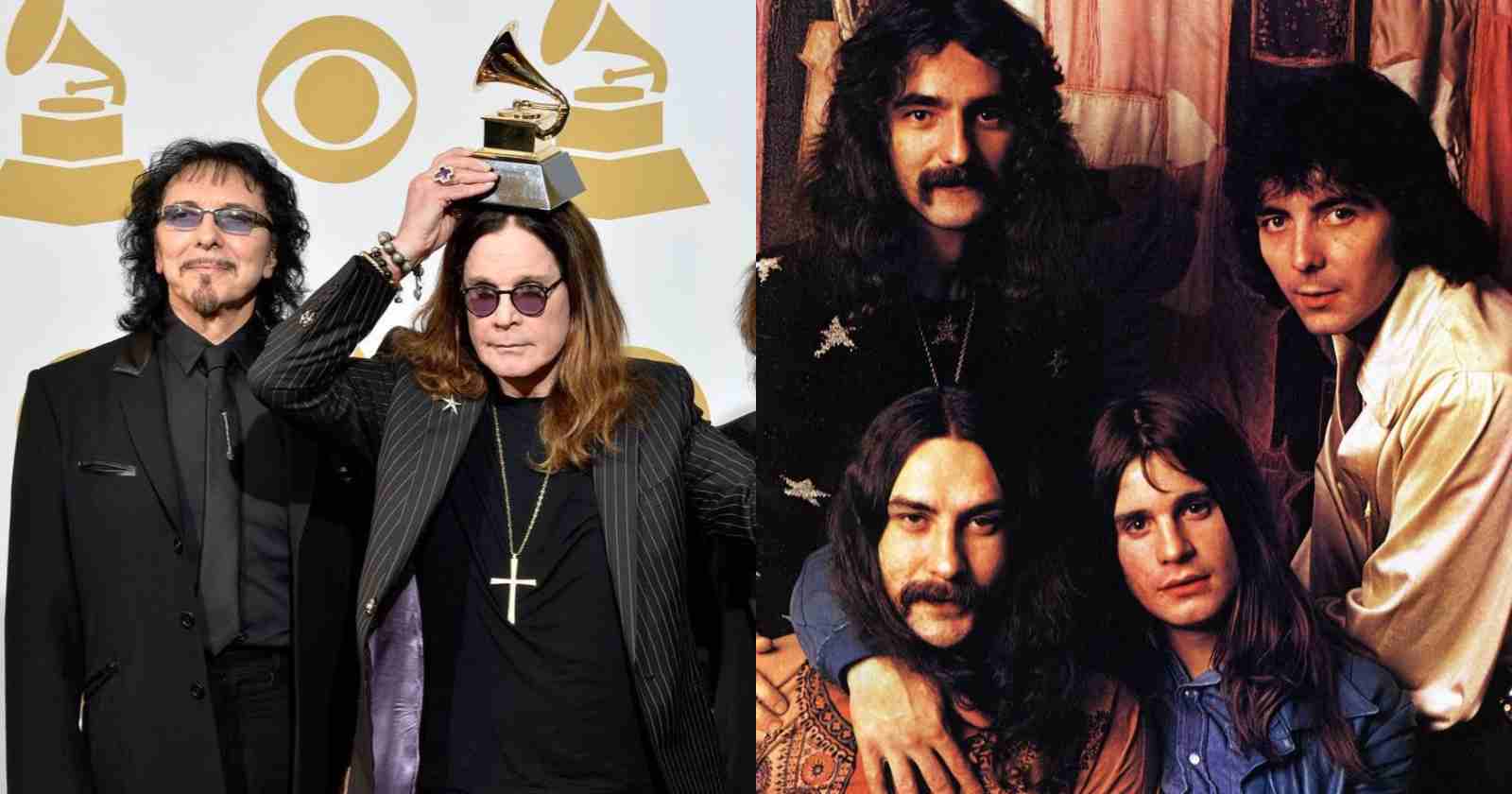 With their  debut album in 1970, Black Sabbath formed by Tony Iommi, Geezer Butler, Bill Ward and Ozzy Osbourne created Heavy Metal, a unique music genre that would become one of the most popular in the world. They have influenced countless bands that came after them and were crucial to help in the development of Rock and Roll music. But before they created that incredible sound, the members of the group were influenced by a variety of bands and artists.

In the band’s official website, their biography lists some of the musicians that influenced Iommi, Butler, Ward and Osbourne. Rock and Roll Garage selected what they have said about those artists that inspired them over the years and their connection with some of them.

The Romani-French jazz guitarist Django Reinhardt is one of the responsibles for the birth of Black Sabbath. Even though he died at the age of 43 in 1953, 17 years before the Heavy Metal band released their debut album, his music and life story was crucial for the band’s guitarist Tony Iommi.

During the last day of work in a sheet metal factory when he was young, Iommi accidentally lost part of his middle and ring fingers. He thought he could never play the guitar again. But as he recalled in his his autobiography “Iron Man: My Journey Through Heaven and Hell With Black Sabbath” (2011), his old boss gave him a record of Reinhardt and told him the story of the musician. Django didn’t use the fourth and fifth finger to play the guitar, because they were badly burned in an accident.

After hearing the album and the story, Iommi was convinced again that he could continue to play. That made him create homemade thimbles to his injured fingers to extend and protect them. He also changed his guitar tuning so that he could play easily. All those combinations made him create the heavy and spooky sound that shocked the world back in the 70s when Black Sabbath released their first albums.

“Django Reinhardt’s playing. I particularly related to him because he did the same thing. He only had two fingers. And that’s really what got me cracking on pushing myself to play,” Tony Iommi said in an interview wtih Steve Newton back in 1984.

Black Sabbath and the American experimental Rock artist Frank Zappa were huge friends. The musician was a big fan of the British group. Sabbath’s bassist and main lyricist Geezer Butler told Westword in an interview back in 2007 that he believed that the band became more successful and accepted by the music critics after Zappa praised them to the press.

“I think some of them got an inkling when Frank Zappa did this interview in one of the big English music papers. They were asking him what music he was listening to at the time and he said, ‘Black Sabbath.’”

“At the time, Frank Zappa was really well thought of critically. I thought he was joking! (Laughs.) But he thought ‘Supernaut’ was the best riff he’d ever heard. A lot of critics went, ‘Well, if Zappa likes Black Sabbath, maybe we should give them another listen.’ So that turned some of the people,” Geezer Butler.

One of Zappa’s favorite songs was “Supernaut” from the 1972 album “Vol.4” as he told Let It Rock in 1975. “(‘Supernaut’) I like it because I think it’s prototypical of a certain musical style. I think it’s well done. Also, I happen to like the guitar lick that’s being played in the background,” Zappa said.

He also liked “Iron Man”, track he described as a “work of art”. Zappa and Sabbath almost had the chance to jam on stage back in the 70s. However, a technical problem with his guitar prevented that from happening.

Black Sabbath’s drummer Bill Ward was heavily influenced by Jazz and he brought a lot of that inspiration to his drumming. The American Jazz pianist, organist, bandleader and composer Count Basie is one of his biggest influences alongside Glenn Miller as he revealed in an interview with Goldmine magazine back in 2010. “Count Basie, anything by Count Basie. Then I would have to go to Glenn Miller. Both Count Basie and Glenn Miller had a huge impact on me as a child,” Bill Ward said.

Basie formed the Count Basie Orchestra back in 1936. He led the group for almost five decades until his death in 1984 at the age of 79. He is often recalled for experimenting with the use of two “split” tenor saxophones. Also for riffing with a big band and emphasizinh the rhythm section.

Many musicians like Lester Young, Herschel Evans and Freddie Green became famous after working with Count.

One of the most famous R&B duos from the 60s, Sam & Dave were known for their powerful voices and melodies, that made them be considered one of the best live-acts from that decade. They released 5 studio albums from 1966 to 1975. Thos records had hits like “Hold On, I’m Comin'”, “Soul Man” and “Soothe Me”.

Ozzy Osbourne always shared his love for artists that appeared especially in the 60s. During that decade, Rock and Roll music evolved adding a lot of melody and depth into the songs. Requested by Rolling Stone magazine he listed back in 2008 the “20 best singers of all time” and most part of them have started their career in the 60s. Some of them were Neil Young, Aretha Franklin, Tina Turner,  and Stevie Wonder.