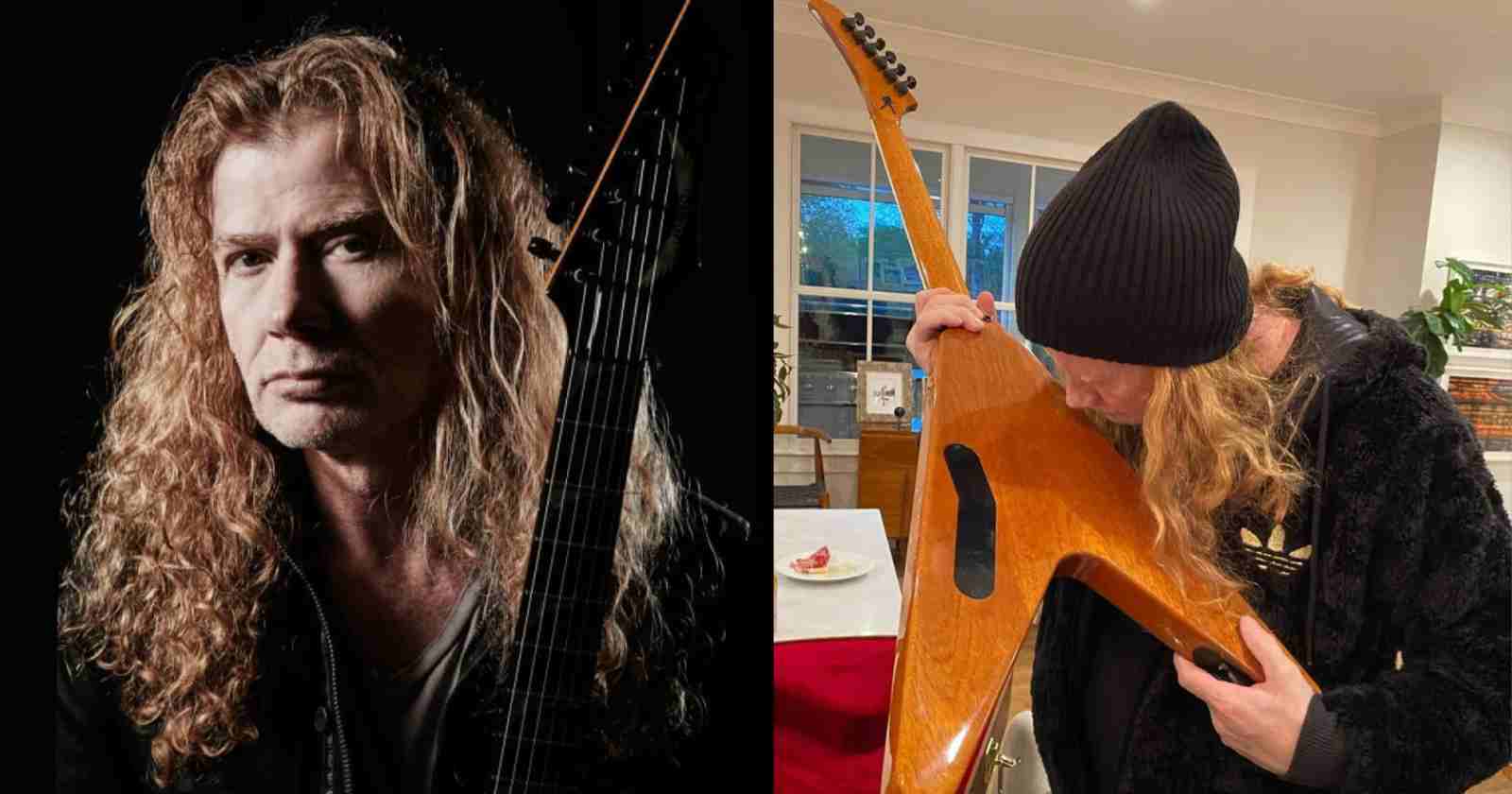 Dave Mustaine, the leader, guitarist and vocalist of the Thrash Metal band Megadeth, who was also a member of Metallica in the early days is synonymous with Heavy music but the 3 albums that he listed in an interview with Loudwire in 2022 were a little lighter than many fans could imagine. To show more about Mustaine’s love for the records and the bands he chose, Rock and Roll Garage gathered what the American musician said about them over the decades.

One of the biggest bands in history, The Beatles revolutionized Rock and Roll music in the 60s and many experts consider that they even were responsible to make the first Heavy Metal song: “Helter Skelter”, that is from their 1968 self-titled album also known as the “White Album”. Dave Mustaine listed this record as one of his favorites of all time and according to him is probably the best way to introduce someone to what The Beatles are.

In interview with Rolling Stone back in 2017, he recalled one of his first music books was from the Liverpool band: “One of the first music books I ever got was an anthology by the Beatles. So I learned so many brilliant chord progressions from those guys.”

One of the most famous Beatles records the “White Album” was released back in 1968 as a double record. It contains classic songs like “Back In The USSR”, “Ob-La-Di, Ob-La-Da”, “While My Guitar Gently Weeps”. Besides “Blackbird”, “Helter Skelter” and “Revolution 9”.

The heaviest band on the list, Led Zeppelin took Rock and Roll music into another level in the late 60s and during the 70s, paving the way for many Hard Rock bands that would later be inspired by them. In an interview with Kaaos TV back in 2018, Dave Mustaine said that Megadeth was more similar to Zeppelin than to bands like Motörhead or AC/DC, because they would always try do something different on every album, unlike Lemmy’s and Angus Young’s bands that practically maintained the same sound and approach on every record they released over the decades.

In a conversation with The Quietus back in 2016 he talked about some of his favorite albums of all time and one of them was “Led Zeppelin IV” and Mustaine recalled that one of the first bands that he learned how to play on guitar was Zeppelin. “As I got more and more into them, Jimmy Page increasingly became a hero of my mine to the point that he’s by far my biggest hero. If you listened to those records, and you were able to isolate all the guitar tracks, you’d probably say, ‘Wow, this track sounds awful. Wow, that track sounds awful too.’ Not the performance. But the tone of it. But he was such a master at what he did. They were able to blend those things and give it such a unique sound”.

Released in 1971, “Led Zeppelin IV” has the classics “Black Dog”, “Rock and Roll”, “Stairway To Heaven”, “Going To California” and “When The Levee Breaks”.

Elton John‘s music is a kind of sound very different from Thrash Metal but is a big inspiration for Dave Mustaine since he was young and heard his sisters listening to the British pianist. According to the guitarist Megadeth’s music is very inspired by melodies, something that according to him most Metal bands don’t use often. In a 1992 interview with Steve Rosen, Mustaine recalled some influences he had while growing up and one of them was Elton John: “We all listened to different stuff. My older sisters listened to R&B, soul, and Motown stuff. My younger sister listened to The Beatles, Elton John, Cat Stevens. So I’ve gotten a lot of the tonality and melody that I could use that I’m planning on using from them.”

One of the most famous Elton John albums, “Goodbye Yellow Brick Road” was released in 1973 and has classics like the title-track, “Candle In The Wind”, “Bennie and The Jets”, “Funeral For a Friend/Love Lies Bleeding” and “Jamaica Jerk-Off”.