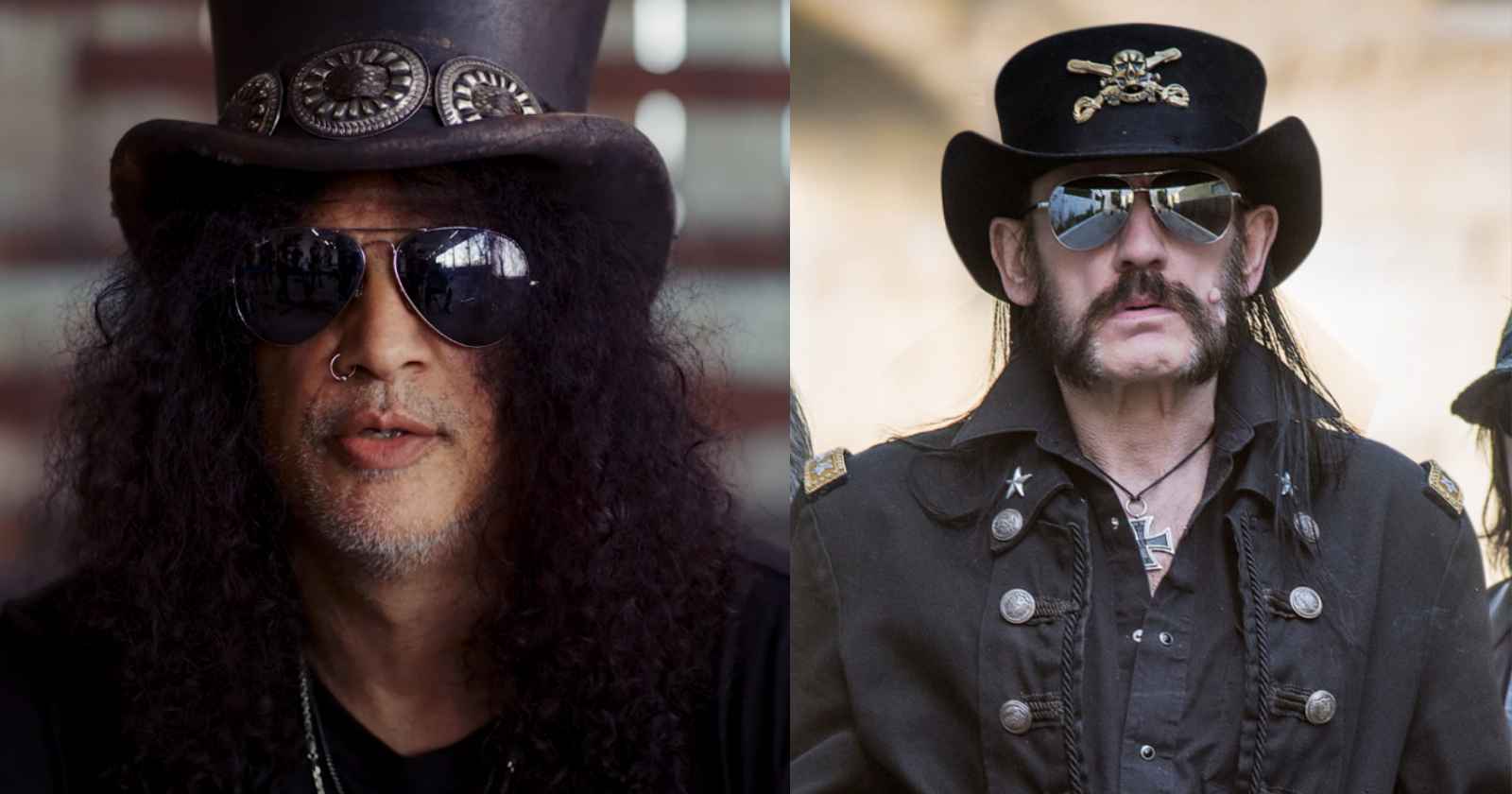 Formed by the late bassist and vocalist Lemmy Kilmister in 1975, Motörhead wasn’t one of the best-selling bands in history, but they became one of the most influential bands of all time. Their fast and heavy sound, combined with the always smart lyrics composed by Kilmister were crucial for many Hard Rock and Heavy Metal musicians who appeared in the following decades, including Slash.

The Guns N’ Roses guitarist revealed in an interview with Revolver back in 2021 (Transcribed by Rock and Roll Garage) the two Motörhead songs that are some of his favorites.

“We Are The Road Crew”

“Oh f*ck there is so many Motörhead (songs). I’ll just go like ‘We Are The Road Crew’. It was one of my favorite songs for the longest time. I actually named my band Road Crew after that time at the time,” Slash told Revolver.

Talking on BBC Radio 6’s show “The First Time With…” back in 2012, Slash revealed that “Ace Of Spades” (1980) was the first Motörhead record he ever had, from which the song “We Are The Road Crew” is part of.

The musician talked about the influence of that album, saying (Transcribed by Rock and Roll Garage): “‘Ace Of Spades’ was the first Motörhead album I remember getting. I think I got turned on by Izzy (Stradlin) from Guns N’ Roses. I (had) heard the song ‘Ace Of Spades” prior to that but I haven’t heard the whole record.”

“‘Killed By Death’ is probably one of my favorite Motörhead anthems. But if we sat here for a second we could go through Motörhead songs for hours,” Slash said to Revolver. The song was first released by Motörhead as a single in 1984 and was also featured on their famous album “No Remorse”.

As many famous Rock musicians, Slash also gave a speech at Lemmy’s funeral back in 2016, saying (Transcribed by Rock and Roll Garage): “Lemmy was somebody that I just feel so honored to have been friends with. I’ve met him at a time when Motörhead was one of my favorite bands. A couple of us from Guns N’ Roses in 87 were in London for the first time. (We) got invited down to the Motörhead studio to meet the band.”

“I was really f*cking intimidated. This guy who had this image of being very hardcore and we of course had this sort of hardcore image. I didn’t know exactly what to expect. I’ve walked in and was very graciously accepted by Lemmy and company. We have been friends ever since. He was just such a f*cking great example of what most of my peers all wanna be.”

“Somebody who was truly old school, had more integrity in one finger than a room fulled of rock and rollers. Straight up honest, 100% loyal. All these really fine attributes in a guy who had this sarcastic and enormous sense of humor. I just loved the guy a lot. I will miss him a lot,” Slash said.

The guitarist also said that the only thing that he was sad about getting sober was that he wouldn’t be able to drink with Lemmy anymore.