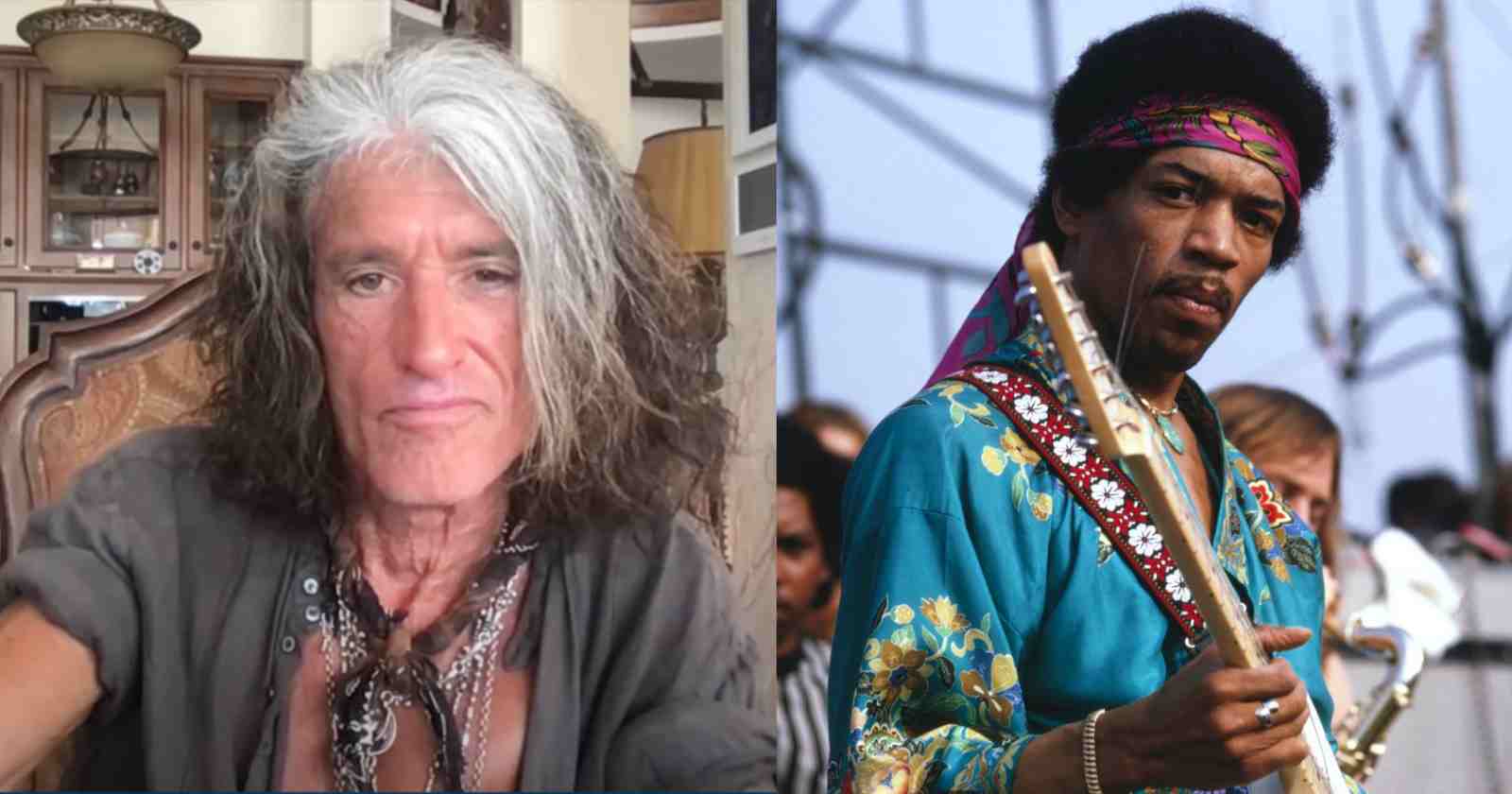 Jimi Hendrix had a short career with only 3 studio albums released, but he completely change the way the electric guitar was used in Rock and Roll music at the time. The musician showed that there were no limits on how to play and influenced countless generations of guitar players. One of them is the legendary Aerosmith guitarist Joe Perry that always praised Hendrix and even revealed which are some of his favorite songs from the musician. Rock and Roll Garage selected the two tracks that Perry said over the years that are some of his favorites from Jimi’s discography.

When listing some of his favorite songs in an interview with Guitar World back in 2013, Joe Perry included Jimi Hendrix’s “Fire” on the list and praised the musician, saying: “Such an amazing songwriter, and to have the guitar vocabulary to express what he did was simply incredible. I think the biggest crime is that he’s not still with us. There’s such absolutely furious energy going on in this song. He just snaps out those riffs.

“And he definitely knew when to stop in the studio. There’s some tremendous energy in the live versions. But he seemed to capture the essence of all the songs in the studio, which is a feat in itself,” Joe Perry said.

“Fire” was released on the first The Jimi Hendrix Experience “Are You Experienced” (1967). According to Noel Redding, the late bassist of the band, Hendrix had the idea for the song when he visited Noel’s house. It was a cold new year’s eve and Hendrix asked Noel’s mother if he could stand next to her fireplace to be warm.

Talking with Rolling Stone back in 2016, Joe Perry listed “Driving South” as one of his favorite songs of all time and said which is his favorite version of the track: “There’s a version from the BBC with the original Experience where he just cuts loose for six minutes. It really gives you an idea of his blues roots.”

The track is part of the posthumous 1998 Hendrix album “BBC Sessions”. It gathered recordings of various performances of the band on BBC radio shows like Saturday Club and Top Gear. There are three different versions of “Driving South” on the album, the one chosen by Perry is the longest one. The song was originally written by Curtis Knight, from who Hendrix was part of his backing band years before.

Talking with LA City Beat back in 2006, Perry was asked if Hendrix was an influence and he said: “Huge. Everything he did. Playing within the narrow confines of that blues rock thing, he expanded it beyond what anybody had done before or since. His whole persona was the instrument. Everything from his spaced-out lyrics to his blues playing.”

“He was unique. An amazing figure. It was a miracle that he grew up in a time when electric guitar was in its formative stages. He just took it right to the end,” Joe Perry said.

Over the decades, Perry played many Jimi Hendrix songs live and one of them was “Red House Blues”. He even had the chance to play that one on stage with the legendary Led Zeppelin guitarist Jimmy Page.

Megadeth releases new song “Soldier On!”
The 3 Beatles songs that Phil Collins said are some of his favorites
To Top