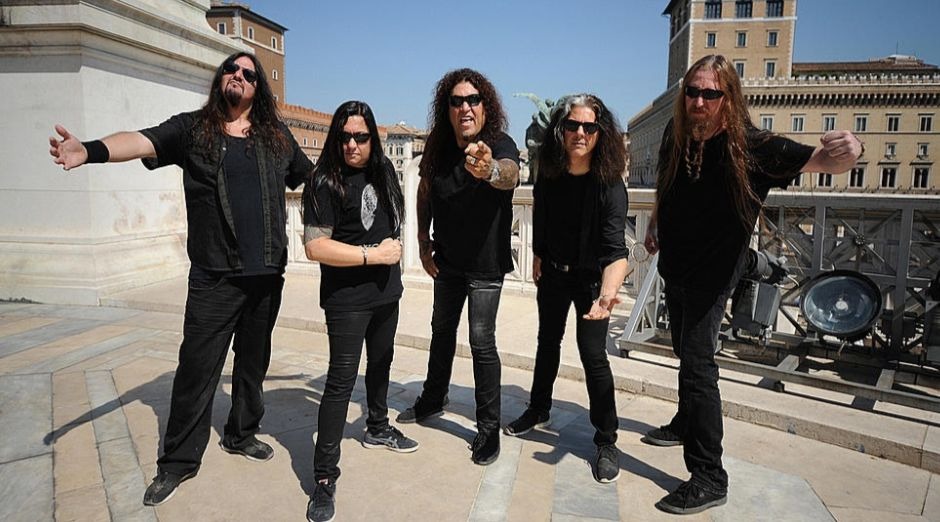 Testament guitarist Alex Skolnick revealed in an interview to No Guitar Is Safe how his bandmates might have contracted Covid-19. Singer Chuck Billy and bassist Steve DiGiorgio were infected during the band’s latest European tour. The band was on the road with Exodus and Death Angel. The other bands also had also crew members with the virus, along with Exodus guitarist Gary Holt, and Death Angel drummer Will Carroll.

“On the one hand, we’re very lucky because we completed our tour that began in February and lasted over a month and went into March.”

“Along the way, there was one show in northern Italy, in Milan. That got canceled about two days before the show. We didn’t really see the cancelation coming until it happened, even though we heard that it was a growing problem there.”

“The word ‘coronavirus,’ it was on everybody’s radar by the time we left for the tour. But it wasn’t anything we could have seen affecting us at that point; it was sort of limited to Asia, and then there would be reports, ‘Oh, Seattle has one person with it.'”

“[We thought,] ‘Okay, there’s gonna be nothing to worry about.’ Anyway, by the time we ended the tour, the final show had gotten canceled – it was in Hannover, Germany – because [German chancellor Angela] Merkel and the German government very smartly decided to ban all the large-crowd events.

“The show the night before, which ended up being our last show, was in Brussels, Belgium, that ended up being the last concert they had before shutting down the city. Zurich we had played the week before – they shut down about 48 hours after we played. So we really dodged a lot of bullets. But then by the time we got back, I was one of the lucky ones.”

“I had a cold, which happens sometimes after a month-long tour – you’re just giving it two hundred percent every night – so it felt normal. But then some of the others were sick as well, and they were talking about fevers and dry coughs.”

“And we ended up having two bandmembers test positive for the thing – that was Steve DiGiorgio, the bass player, and Chuck Billy, our vocalist.”

When asked if he had any idea on how his bandmates contracted the disease, he said:

“There’s a number of theories. I could have been a carrier and that cold I had might have just been the manifestation… I didn’t have a sore throat – I had sniffles. It just really felt like a typical cold – bad enough to be bedridden, but I wasn’t debilitated…”

“I felt pretty lucky. But a couple of our crew members ended up testing positive as well, so it’s possible that something happened being in Europe that was going around. But it’s also possible that they got it later in Europe, ’cause they stayed longer than we did – the crew members.”

“I flew from Hamburg to New York and I never got a severe illness. Gene Hoglan, our drummer, flew to San Diego; he didn’t get sick. Eric [Peterson, guitar], the same thing – he flew to Sacramento.”

“But of the people who went to San Francisco, it included all those who got sick. Gary Holt, a couple of the guys from Death Angel, some of our crew… So, I don’t know. It could be something that happened in San Francisco. It’s just so unpredictable.”