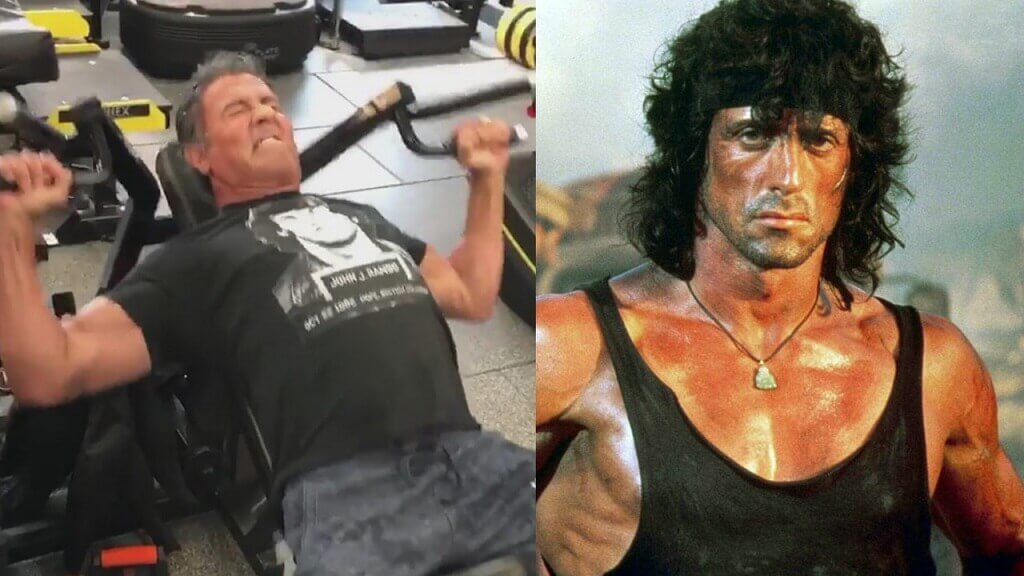 The eternal Rambo and Rocky Balboa, Sylvester Stallone posted in his Instagram a video in which he appears working out to the sound of the classic “Welcome To The Jungle” from Guns N ‘Roses.

Getting ready for Rambo, Totally immersed in it! 100%. welcome to the jungle. @slystalloneshop #rambo @athleanx #healthylifestyle #mexico #heart @bradsiskind @gunnarfitness

Rambo: Last Blood, the fifth movie from the action franchise, had its first details and characters revealed. The feature continues the story from Rambo 2008, which brought the character played by Sylvester Stallone back on the big screen.

According to the GWW, Rambo 5 will show the character facing a gang of people smugglers, originating in Mexico, but operating out of the country. The new characters include Robert Siedel, an American involved with the criminal group; Hugo, a henchman of the traffickers; Victor, a more calculating villain; and Gabrielle, a Mexican woman who seems to be bad at cutting her own hair.

“After trying to have a quiet life, Rambo joins a journalist to find and rescue a group of local girls who have been kidnapped by a sex-trafficking gang from Mexico.”

Although dealing with Mexican criminals, Rambo 5 is happening in the USA, being the first film, since the original, to happen in American territory.

The filming of Rambo 5 starts soon. The film is set to debut in 2019, yet with no specific date.