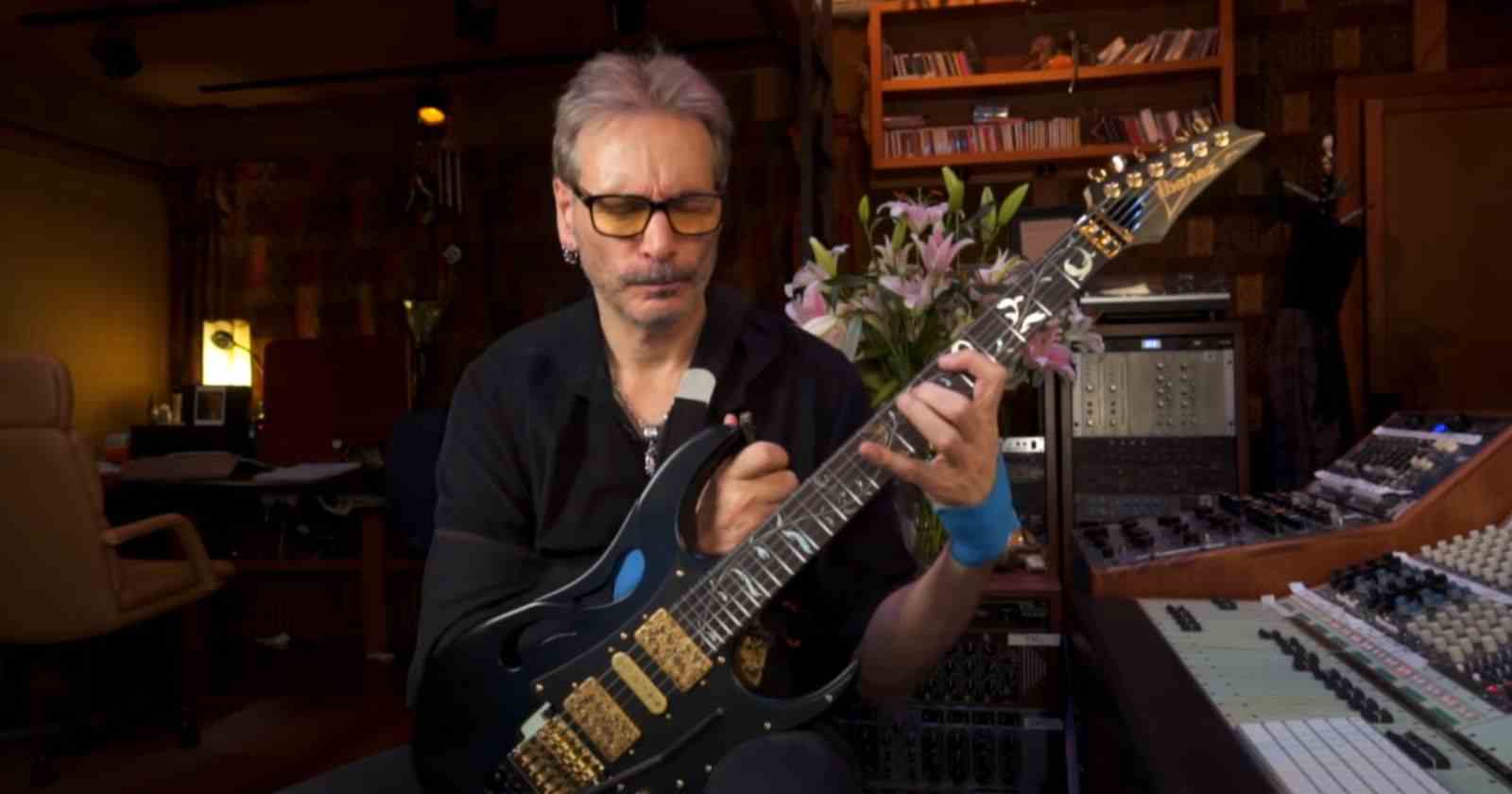 Virtuoso guitarist Steve Vai (Whitesnake, Alcatrazz) played with only one hand in a video to promote his new song “Knappsack”. The musician is recovering from a hand surgery he did after an injury he sustained while playing.

Watch Steve Vai playing “Knappsack” with only one hand:

Recently in an interview with Guitar Villains the musician talked about his injury, saying:

“I was doing this fun thing, and I had to put my thumb in this really weird position. And I had to kind of hold this chord really for a long time — I was meditating on it. And I knew it was a hard position, and I just kept sitting there and playing it and playing and playing, and 20 minutes later, I’d kind of come out, and I [felt pain in my hand]”.

“So I kind of sprained this, and then, all of a sudden, I developed trigger finger… My wife said, ‘Don’t show anybody,’ ’cause they did that operation and they cut in there, and the guy’s fooling around with everything in there, and it’s really bizarre. But it’s all fine — it’s something very simple that they can fix. But I won’t be able to play for a while.”

“Before [the trigger finger surgery] happened, my shoulder was screwed up and I couldn’t use this [picking] hand, so I was playing with one hand. So I did a little song with one hand, [and] I’m gonna work on trying to get that out.”