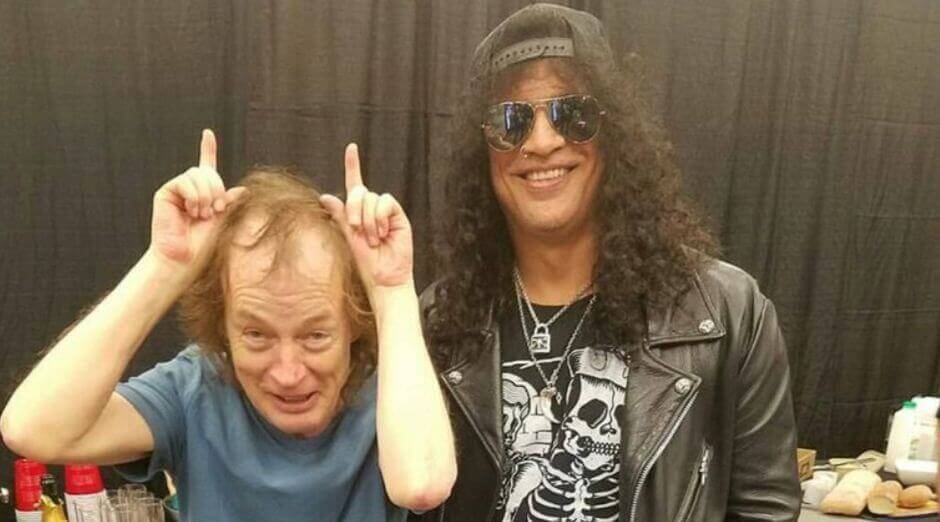 Guns N’ Roses‘ Slash recalled the first time he heard AC/DC‘s “Back In Black” album. Revealing he didn’t knew that Bon Scott died and was replaced by Brian Johnson at the time. The musician talked in an interview with Consequence Of Sound about the experience of hearing the songs for the first time.

Slash said about the first time he heard AC/DC’s “Back In Black” album:

“The first time I ever heard it was at my friend’s house. So this was 1980. This was a crucial point in rock ‘n’ roll at that time. Because all my favorite bands had either disbanded or members had died.”

“But I didn’t know Bon Scott had died [in 1980], I didn’t know they had a new singer or any of that. And then all of a sudden ‘Back in Black’ came out. It was like a battle cry for rock and roll and heavy metal at that time.”

“It was a killer record from start to finish – every song was good. The single ‘Back in Black’ was as good a single as a rock ‘n’ roll single gets. I think one of my favorite songs on the record was ‘Rock and Roll Ain’t Noise Pollution.'”

“And then, even to this day, one of my favorite guitar solos of all time is in ‘Hells Bells.’ So that particular record, it was pivotal for me. I just started playing guitar, and it was the first really great rock and roll band to come along in a little while. And, obviously, it was a big record for AC/DC and garnered them a place in history books that would go on forever and ever after that.”