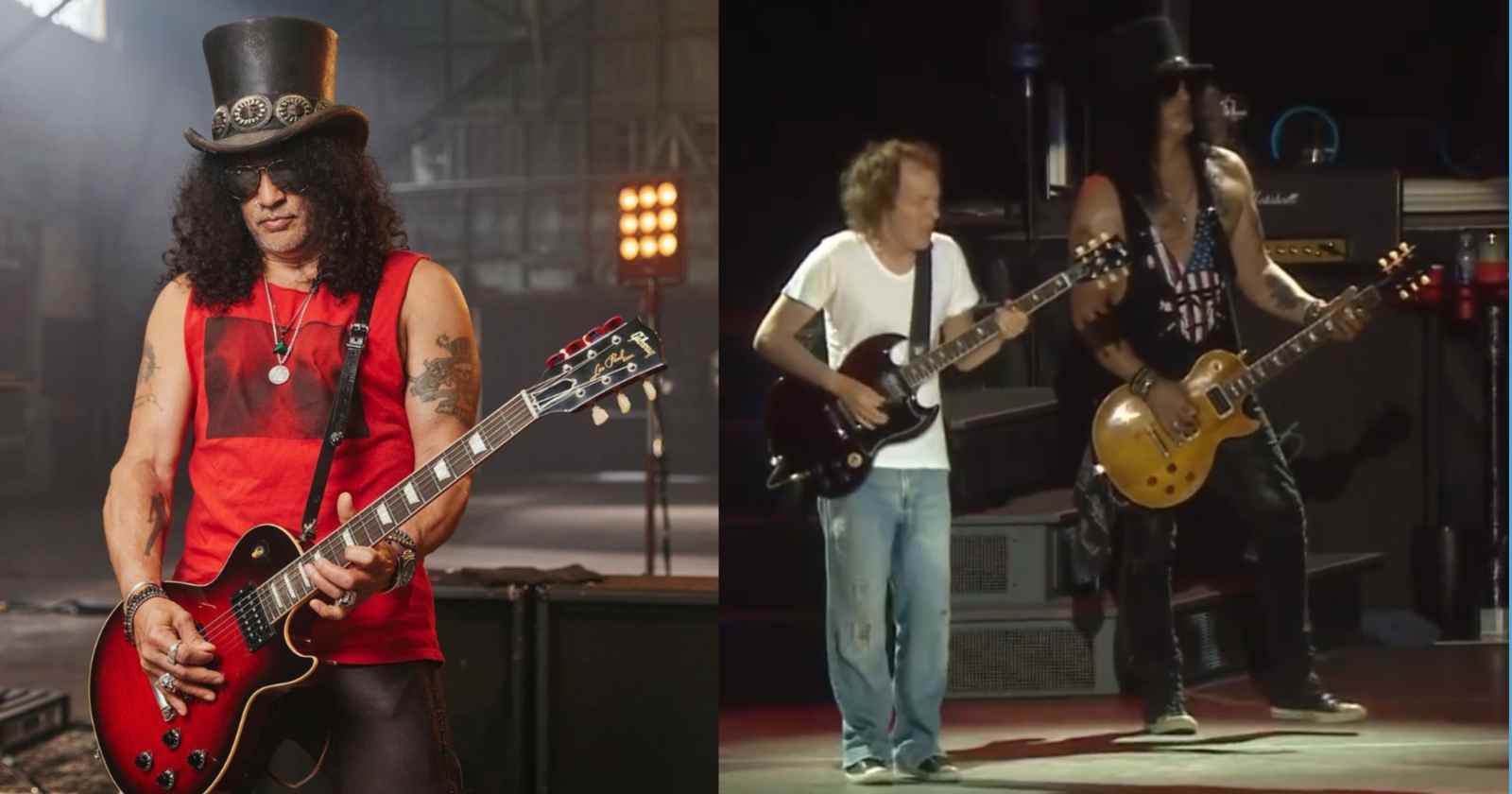 Legendary Guns N’ Roses and Velver Revolver guitarist Slash revealed in an interview with Australian Guitar which kind of music he is currently listening to. The list goes from 50s Rock and Roll to the latest AC/DC rercord “Power Up”. The musician is currently promoting “4”, solo record featuring Myles Kennedy & The Conspirators that was released in 2021.

Slash reveals which kind of music he is currently listening to

“There’s so much stuff that I’ve been listening to. I’ve been listening to old Stevie Wonder records a lot, and a lot of Sly Stone. Aerosmith’s Night In The Ruts record was in my car for like a week, and then the new AC/DC record [Power Up] was in there for what seemed like an exorbitant amount of time. And then y’know, other odds and ends, whatever.”

“And a lot of ‘50s stuff! That was what it was – I was listening to the ‘50s channel on on Sirius XM, and that was, like, ‘50s rock ’n’ roll songs, from top to bottom, all day long. I was really into it. If you’d ever asked me back in the day, if it wasn’t Chuck Berry, I wouldn’t know anything about ‘50s rock ’n’ roll. I wasn’t really that much of an enthusiast – but nowadays, I f***ing listen to everything. I was just listening to Eddie Cochran!”