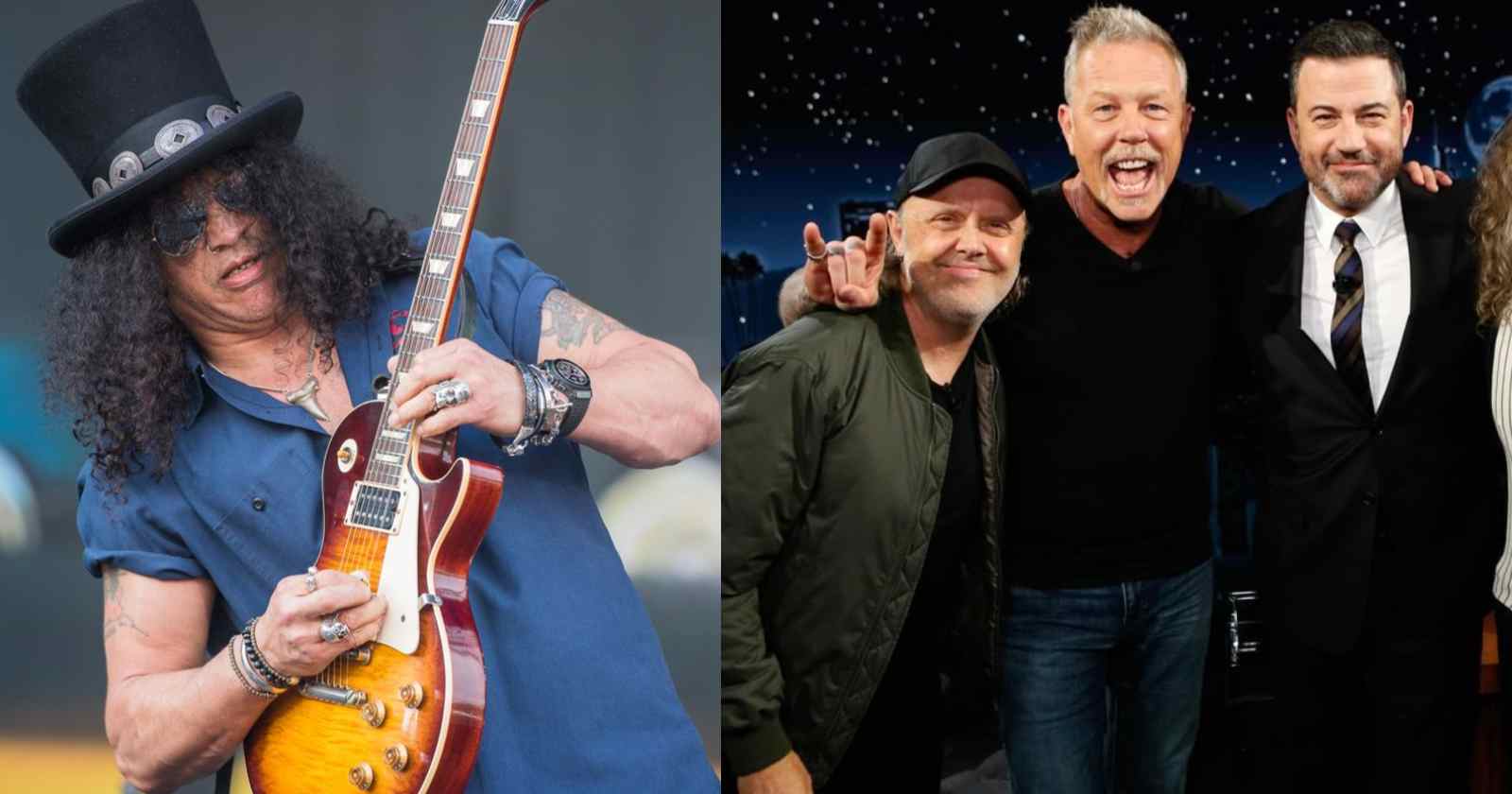 To celebrate the 30th anniversary of the release of Metallica‘s Black Album, Spin magazine asked musicians their opinion on the Thrash Metal band and the classic album. One of the musicians interviewed was Guns N’ Roses guitarist Slash who talked about the group and the record.

Slash gave his opinion on Metallica and the Black Album:

“I think any Metallica album is a given for a hard rock/metal record collection. They are the pinnacle of that style of music, and they were among the first bands to revolutionize that particular style and sound. But the Black Album crossed over in a way that made them a household name. They achieved that while maintaining their sonic integrity, songwriting and attitude.”

“They took their signature style and recorded an album that became universally accessible, but still fucking cool. That is no small feat and maybe something that artists like Metallica might not even want to do. But on this record, it happened for them. The legacy of the Black Album will live on forever.”