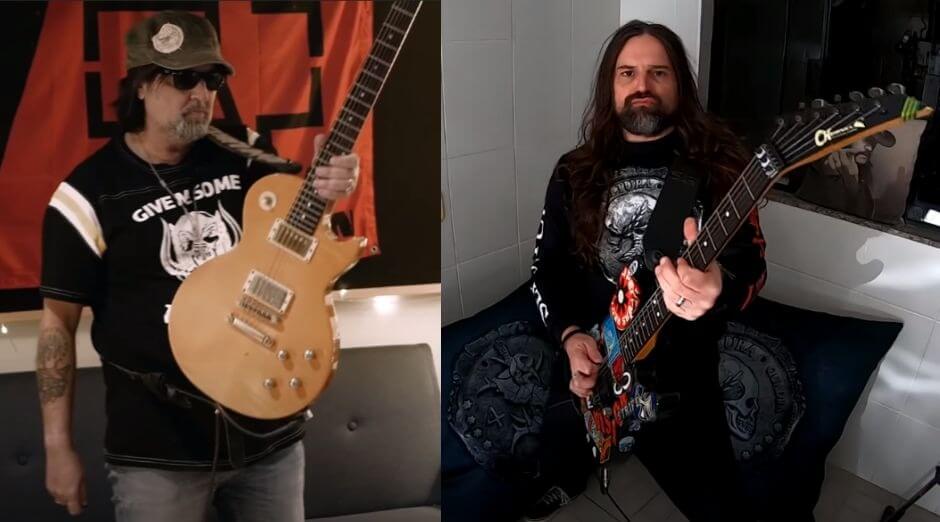 Brazilian Thrash Metal band Sepultura invited Motörhead‘s guitarist Phil Campbell to perform “Orgasmatron”. The classic song of Lemmy Kilmister‘s band that was re-recorded by them on the album Arise (1991). All musicians recorded the song from their homes. Every wednesday Sepultura releases special performances with guests on their Youtube Channel.

Orgasmatron is the seventh studio album by Motörhead, released 9 August 1986, on GWR, their first with the label. It is the only full Motörhead album to feature Pete Gill on the drums. Although he also played on the new tracks recorded for the previous 1984 compilation album, No Remorse.

After leaving Bronze Records on bad terms, Motörhead kept touring without the benefit of a record deal. In spite of being cited as a key influence for the thrash metal subgenre that was becoming popular with heavy metal fans in the mid-1980s.

The album’s working title was Ridin’ with the Driver and later changed to Orgasmatron; it was too late for Joe Petagno to change the cover art and the train design was used As well as alluding to the original name of the album. Petagno also commented on the concept behind the album cover on the Inferno 30th Anniversary bonus DVD: “Lemmy was living on a houseboat then. And collecting train models. He said, ‘You know, Joseph, I want a fucking train.’ It seemed weird to me…but, yet again it worked.” The preliminary sketch had the Orgasmatron train going in the opposite direction. But Petagno “decided to turn it so it was going out of the picture rather than coming into it. It gave me a lot of trouble, because [of] trying to fit the head in front of the train with this cow scoop. But it worked in the end.”

Brian May, Steve Vai, Zakk Wylde and Malmsteen play Queen together
Paul McCartney talks about his quarantine during the pandemic
Advertisement
To Top