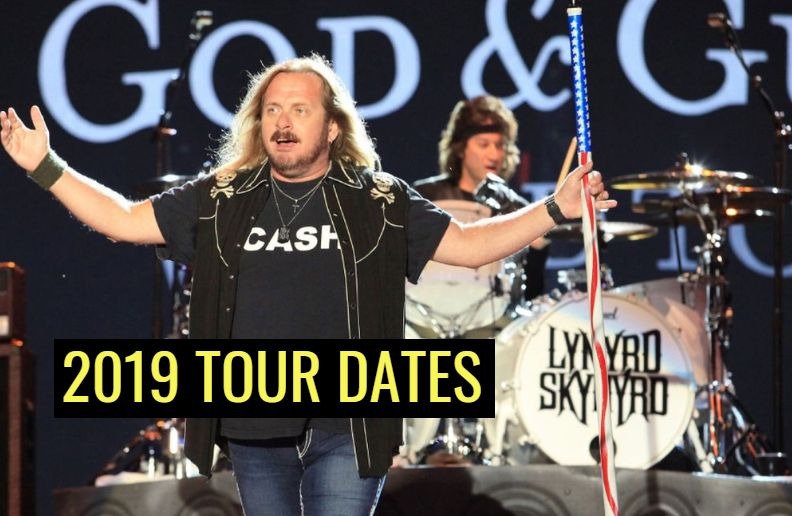 The southern rockers of Lynyrd Skynyrd are back in 2019 with their farewell tour that will start in January in Mexico and end in June in Germany.

Lynyrd Skynyrd is an American rock band best known for popularizing the Southern rock genre during the 1970s. With roots tracing to the formation of “My Backyard” in Jacksonville, Florida in 1964, the band was also known by names such as “The Noble Five” and “One Percent”, before finally deciding on “Lynyrd Skynyrd” in 1969. The band gained worldwide recognition for its live performances and signature songs “Sweet Home Alabama” and “Free Bird”.

At the peak of their success, band members Ronnie Van Zant and Steve Gaines, and backup singer Cassie Gaines, died in an airplane crash in 1977, putting an abrupt end to the 1970s era of the band.

The surviving band members re-formed in 1987 for a reunion tour with lead vocalist Johnny Van Zant, the younger brother of Ronnie Van Zant. Lynyrd Skynyrd continues to tour and record with co-founder Gary Rossington, Johnny Van Zant, and Rickey Medlocke, who first wrote and recorded with the band from 1971 to 1972 before his return in 1996.

Artimus Pyle remains active in music, but no longer tours or records with the band. Michael Cartellone has recorded and toured with the band since 1999.