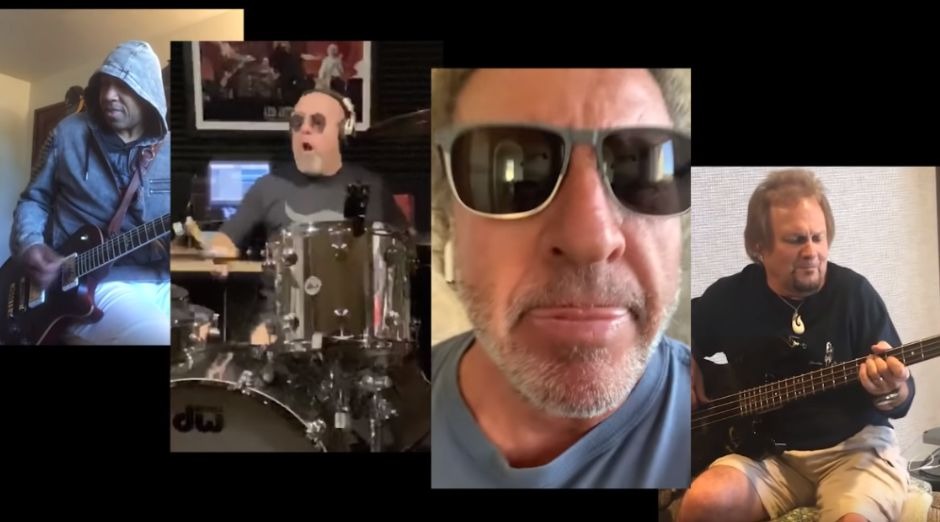 The legendary Sammy Hagar, and his band The Circle, continued the #CircleLockdownChallenge, where they perform separately while in quarantine. Last week, the group released a new track, “Funky Feng Shui”, as the first song of the challenge. Now, the song “Won’t Get Fooled Again”, by The Who was chosen by the band.

Hear Sammy Hagar & The Circle cover for The Who’s “Won’t Get Fooled Again”:

As many other bands, Sammy Hagar & The Circle also canceled some tour dates that were already scheduled in South America due to Coronavirus. The band that is formed by the Red Rocker, Michael Anthony (Bass), Vic Johnson (Guitar) and Jason Bonham (Drums) canceled dates in Chile and Brazil.

“Sammy Hagar & The Circle’s tour in South America has been canceled due to the increase in the outbreak of the new Coronavirus (COVID-19). The decision was made with local promoters in order to reduce potential risks resulting from the global health crisis . For reimbursement questions, look to the local promoters or authorized point of sale where you purchased your tickets. ”

“Hello to all South American fans. I’m making the official announcement that The Circle shows have been canceled. It’s official. You can go to the promoters’ websites for information on how to get your money back.”

“But I also want to say that no one is more disappointed than me and the band. We were looking forward to playing for you for the first time. I never played in South America, never in my life.”

“So I would like to apologize to you. With all this stuff about the new Coronavirus, we think about the safety of the fans, the band, mine, my family. We agreed with the local promoters that it was not the best time.”

“Events in many locations are being canceled. Giant events like Coachela were canceled. Airlines are canceling flights. We understand that it can get worse before it gets better.”

“As soon as possible we will be out there in South America with The Circle.”