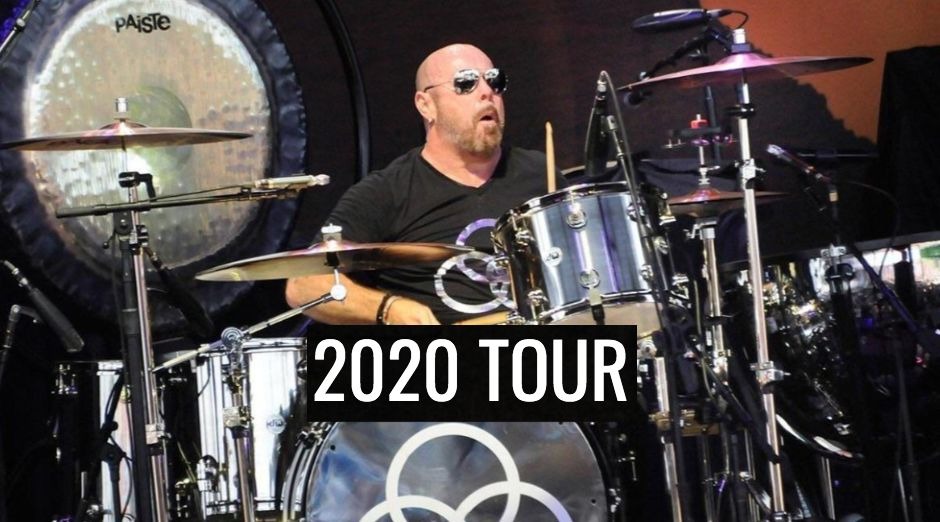 Jason Bonham was born in Dudley, in July 15, 1966. He is an English musician, son of the legendary Led Zeppelin drummer, John Bonham. He started playing at the age of four. And appeared with his father in the film The Song Remains The Same playing a miniature drums. At 17 he formed his first band, Airrace.

In addition, in 1987 Bonham joined ex-Zeppelin guitarist Jimmy Page to record the album Outrider. After that, in the following year, he showed up with the other members of Zeppelin for a “reunion” at Atlantic Records’ 40-year concert in New York. Also, John Paul Jones declared that Bonham’s performance was incredible that night.

His first solo album, The Disregard Of Timekeeping was released in 1989. the compact Wait For You, taken from the album, was a great success. After a cold reception to his second solo album, Bonham went on to work as a session musician, occasionally making cameos in other bands.

Also, in September 12, 2007, together with Jimmy Page, Robert Plant and John Paul Jones participated in a single performance for twenty thousand people in a show in honor of Ahmet Ertegün (died in 2006). He was the founder of the Led Zeppelin label, the Atlantic Records, the proceeds from the presentation went to an institution that grants educational grants.