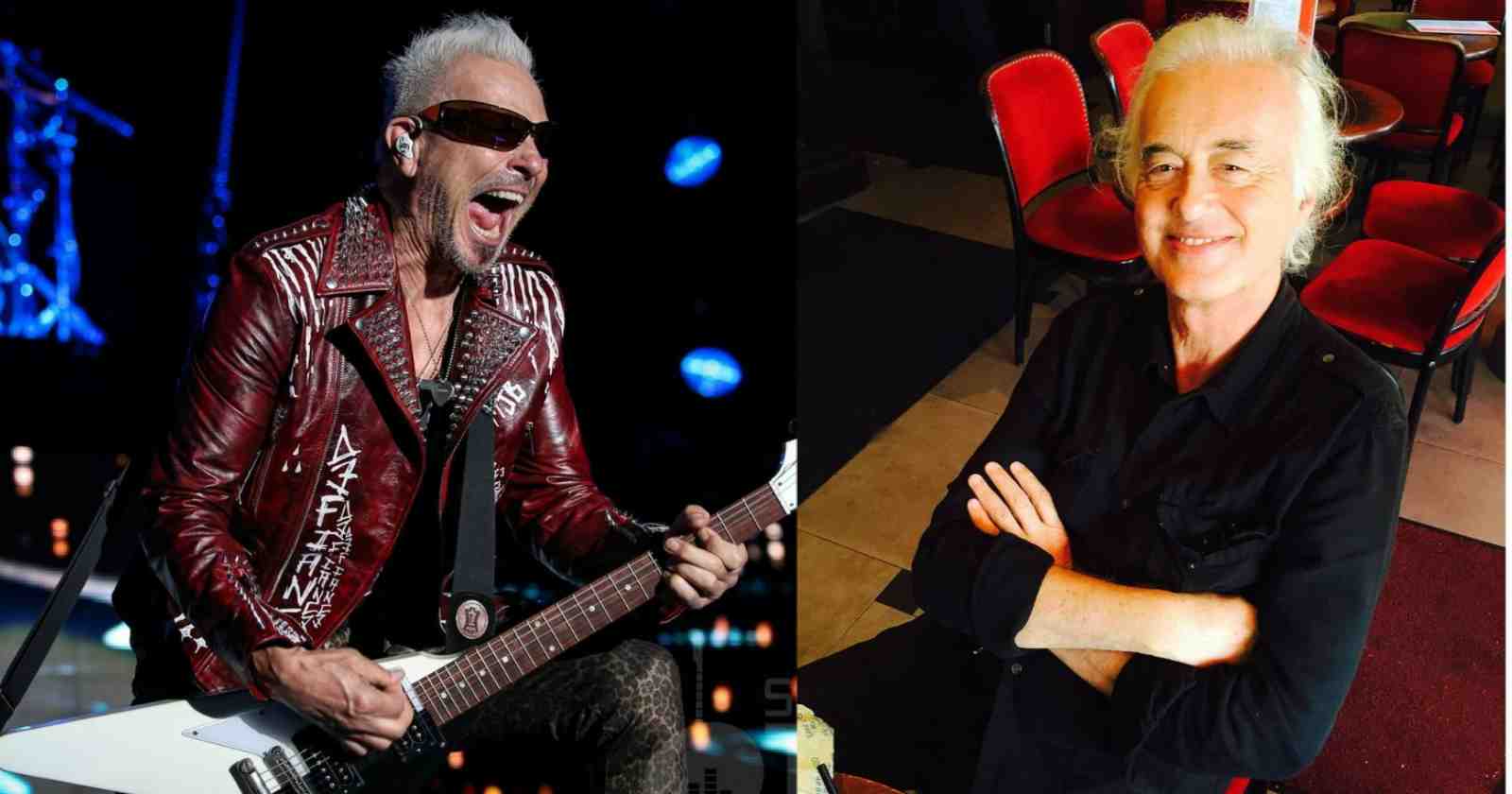 The legendary Scorpions guitarist Rudolf Schenker was asked in an interview with Metal Hammer about the most famous fan of his band that he ever met. When replying to that question he recalled when Led Zeppelin founder Jimmy Page went to see the band play and visited the backstage. Schenker also revealed the Zeppelin song that inspired “Still Loving You”.

“Having lived through the 70s, Led Zeppelin were one of the most inspirational groups to me, along with Black Sabbath and The Beatles. Jimmy Page once came to my dressing room at the Hammersmith Odeon. We had a really nice time. I was surprised he wanted to come see us. But I told him ‘Stairway To Heaven inspired Still Loving You’, because it’s such an unbelievable song and so creative.”

“I’ve met most of my idols and they’ve been great. The only one I never met was John Lennon. I met George Harrison in Tokyo, Ringo Starr when we were at an event with Michael Jackson in Munich at the Olympic stadium, Paul McCartney twice. So many nice people,” Rudolf Schenker told Metal Hammer.

First released on the classic Scorpions 1984 album “Love At First Sting”, the hit “Still Loving You” remains as one of their biggest hits and most known ballads. Some of the other famous songs of the record were “Rock You Like A Hurricane”, “Bad Boys Running Wild” and “Big City Nights”.

Formed in Hannover, Germany back in 1965 by Rudolf Schenker, Scorpions is one of the best-selling Hard Rock and Heavy Metal bands of all time with more than 100 million records sold worldwide.

Their nineteenth and most recent studio album “Rock Believer” was released in 2022. It was the first one to feature the ex-Motörhead drummer Mikkey Dee. The group’s current line-up also has bassist Paweł Mąciwoda, besides the three longtime members Klaus Meine, Rudolf Schenker and Matthias Jabs.