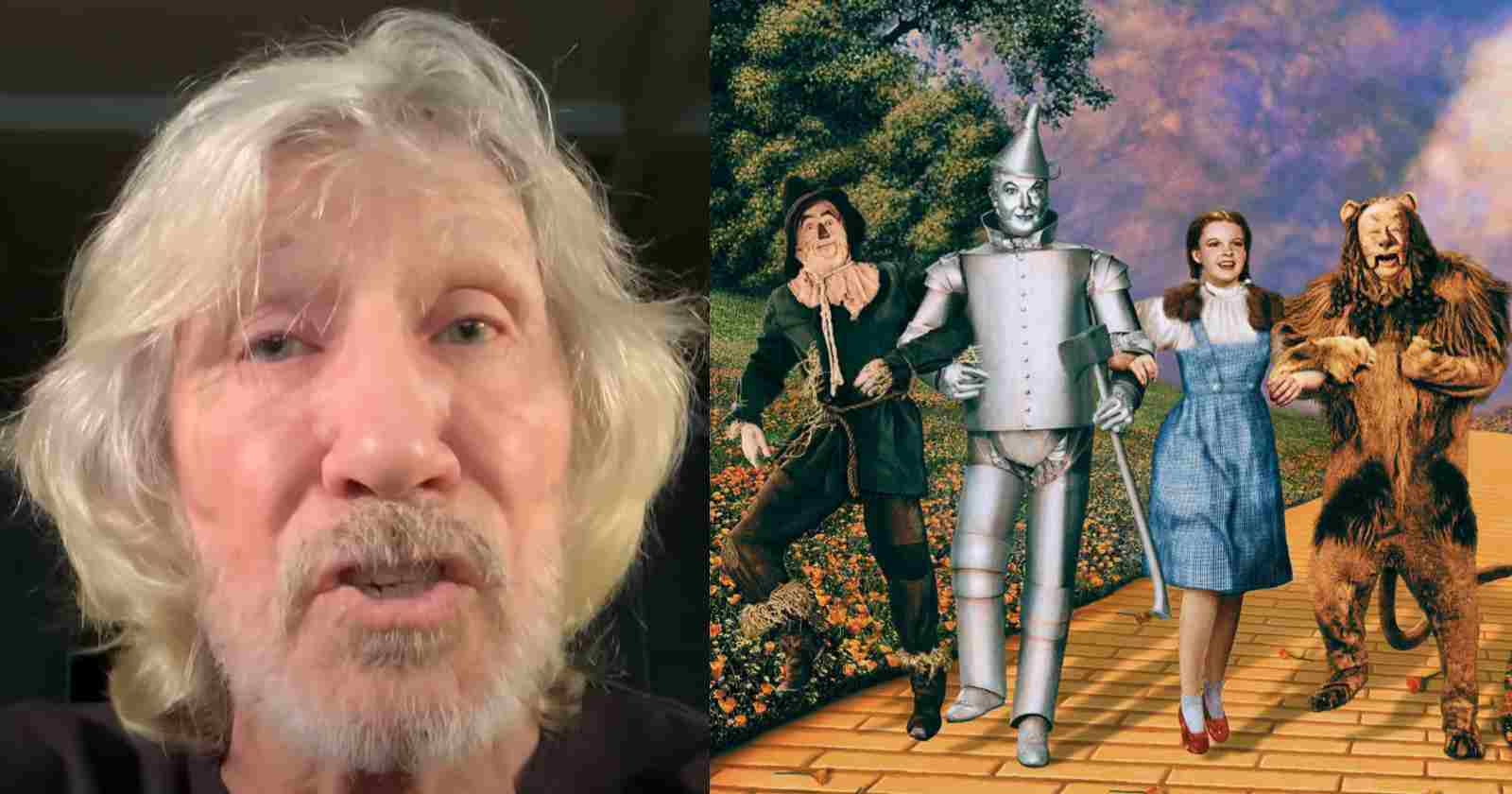 The ex-Pink Floyd bassist and singer Roger Waters talked in an interview with Joe Rogan (Transcribed by Ultimate Guitar) about the conspiracy theory that exists in the interview for years already that their classic 1973 “Dark Side Of The Moon” is in sync with the scenes of the classic Hollywood movie “The Wizard Of Oz” (1939).

Roger Waters about the Wizard Of Oz and Pink Floyd connection

“[Laughs] It’s bullshit. Of course it is. I mean, it may not be. It may be that if you do what they say – but has nothing to do with us, any of us. Nothing to do with anyone in Pink Floyd, or anyone who wrote or recorded any of the music. It’s something that somebody thinks. So, it’s a coincidence… And maybe it’s [with exaggerated awe] cosmic coincidence.”

“And I do like the story… The cop in Louisiana, following a bus, and it was weaving about the road a bit. And so he pulls it over – young motorcycle cop – puts the bike up on the stand, opens the door, nearly falls over, there’s so much smoke coming out through the bloody door.

“He goes in; he’s trying to find people with dope, because it’s just full of marijuana smoke. Eventually he gets to the back of the bus where there’s a private compartment. He opens the door – and there’s Willie Nelson. And the story is that Willie Nelson is [laughs] listening to ‘Dark Side of the Moon’ and watching ‘The Wizard of Oz’ on the TV. And I don’t believe it for a minute, but I like the story,” Roger Waters said.

Released in 1939, “The Wizard Of Oz” is one of the most famous fantasy movies of all time that became a huge inspiration for Pop culture over the decades. Director by Victor Fleming and starred by Judy Garland, the movie followed Dorothy Gale, who is taken away by a tornado to the magical city of Oz and goes on a trip with new friends to help her get back home.