How could imagine? Rod Stewart and Cindy Lauper will tour together next summer. The popstars will pass through 22 venues, starting the tour on June 25 at Los Angeles’ Hollywood Bowl and finishing on Sept. 1 at Seattle’s White River Ampitheater.

Check out the dates below:

Known for his rough, hoarse voice, Rod Stewart began to make his name in the late 1960s when he attended the Jeff Beck Group and then joined The Faces, starting his five-decade solo career in parallel. 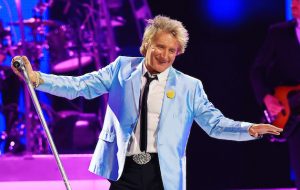 Over the course of his career, Rod has hit successes several times, most notably in the UK, where he reached number one with six albums and for 24 times was in the top 10 and six times in number 1 among the most performed songs , and 9 times # 1 worldwide. Rod Stewart has sold 265 million albums since the beginning of his career.

Cynthia Ann Stephanie Lauper-Thornton (New York, June 22, 1953), known worldwide as Cyndi Lauper, is an American Grammy, Emmy and Tony Award-winning singer, songwriter and actress. She is known for being the female legend of Rock’n’Roll, and one of the greatest artists of all time. She made her debut in the music scene in the early 1980s and was successful with the release of She’s So Unusual (1983), which won 6 platinum albums in the United States for sales of six million copies in the country. 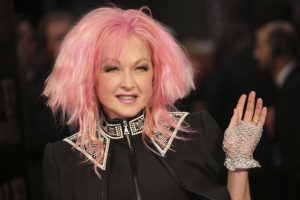 The album also entered the list of Rolling Stone Magazine’s “500 Best Albums of All Time” and is on display at the Rock And Roll Hall of Fame. The album made Cyndi the first woman to have four singles from the same album in the Top 10 of the Billboard charts. Cyndi Lauper has had a lot of recognition as well, for going through different musical genres, from blues to dance-pop, for his frequent change of visual and his powerful voice, for a pop singer.