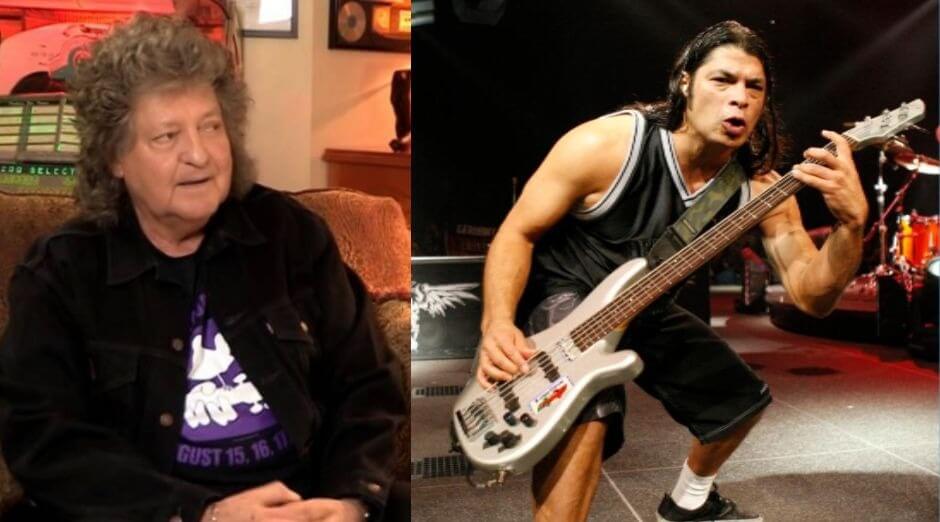 Metallica’s Rob Trujillo played with Ozzy Osbourne before joining the Thras Metal band. The musician recalled in an interview with The Vinyl Guide when he was told by Ozzy and Sharon to go in the studio and re-recorded Bob Daisley‘s bass of Osbourne’s classic solo albums.

Rob Trujillo says about being told by Ozzy and Sharon to re-record Bob Daisley’s bass:

“I was employed by Sharon and Ozzy at the time, so I just did what I was told to do, and I didn’t look into it too deep. In fact, I forget about it. I forget that even happened, and I wasn’t sure if there were other players playing on it too. So I didn’t put a lot of thought into that. I mean, at that time, I would’ve definitely tried to play as close to what he [Daisley] did. And definitely try to not bring me into that.

“For me, Bob Daisley is a tremendous player, and nobody can touch his style and his approach to writing bass or his technique. He’s a pick player who plays kind-of like Jaco [Pastorius]. He has a very strong attack and the feel of a finger player, and he’s really, really funky.

“So I have nothing but love and respect for him. I’m super stocked that, I think, at the end of the day – I’m not 100% sure. But I’m almost sure that his version of the music. I always knew they were always there. So it didn’t even matter.

“You were always gonna get Bob’s version of the music because that’s what you were gonna hear 98% of the time. It ends up coming out anyways as a kind of a remastered release as well. The thing that I had done was sort of a moment in that time over the years. Then, of course, Bob’s stuff lives on, and that’s what everybody ends up hearing in the long run,” Rob Trujillo said.

Playing along with Randy’s [Rhoads] guitar work, solos, that must’ve been quite an experience.

“Yeah. I mean, in that sense, Randy is one of my heroes. I had the good fortune of seeing him play at Guitar Center before he was playing with Ozzy. It was in the middle of the day, they were handing him guitars, there was nobody in there except me, and I was like – I don’t know how old I was, but I was just blown away.

“And I think I remember he was playing what would’ve been ‘Diary of a Madman,’ and I said to him, ‘Wow, those are beautiful chords’ I said something like, ‘Do you like John McLaughlin?’ I said something weird, and he was very quiet, it’s kind of like, ‘Don’t bother me right now’. Selfishly, I can say at least one of the rewards, if there was any reward for that – was hearing the outtake jams they were doing beyond what you heard on the original arrangements.

“All of a sudden, ‘Oh, the song goes another minute, and Randy’s still soloing?’ And there’d be some jokes, you can hear them talking. hat was, again, selfishly, that was really like, ‘Wow, I’m hearing this, and nobody else in the world is hearing this.’ That’s one thing I do remember, and then Lemmy coming in the studio and hanging out for the first time,” Rob Trujillo said.