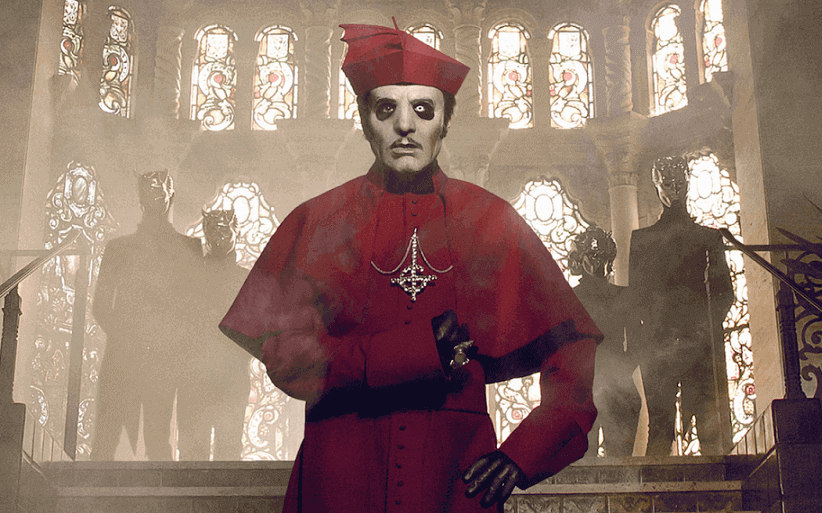 A group of religious people in Midland, Texas, are tried to expel Ghost with the power of prayer. The band played last Monday (19) at the Wagner Noel Performing Arts Center, and several people led by Pastor Larry Long gathered there over the course of the last weekend to pray.

In an interview with CBS 7 the minister stated:

“We are not here to protest. We are here simply to pray, to pray for protection so that the blood of Christ flows over our community. This type of band will bring spiritual influences to this area. We are concerned about this because we believe that the devil is real, just as we believe that God is real.”

“The fact that they describe themselves as a band to praise Satan is quite shocking, I think. And I think most [people in] our community would be surprised to know that. They cover their faces with masks that look like demons at their shows, and they talk about worshiping and giving glory to Satan.”

In a statement, the house that hosted Ghost defended the band, saying that the kind of music they make is a “shock rock” as Alice Cooper and Ozzy Osbourne have done for years.

Well, the prayer did not work very well, since the show happened.

See some videos of the show:

Woodstock Festival is close to happen again according to the creator
Jake E. Lee reveals how much he won for “Bark At The Moon”
Advertisement
To Top