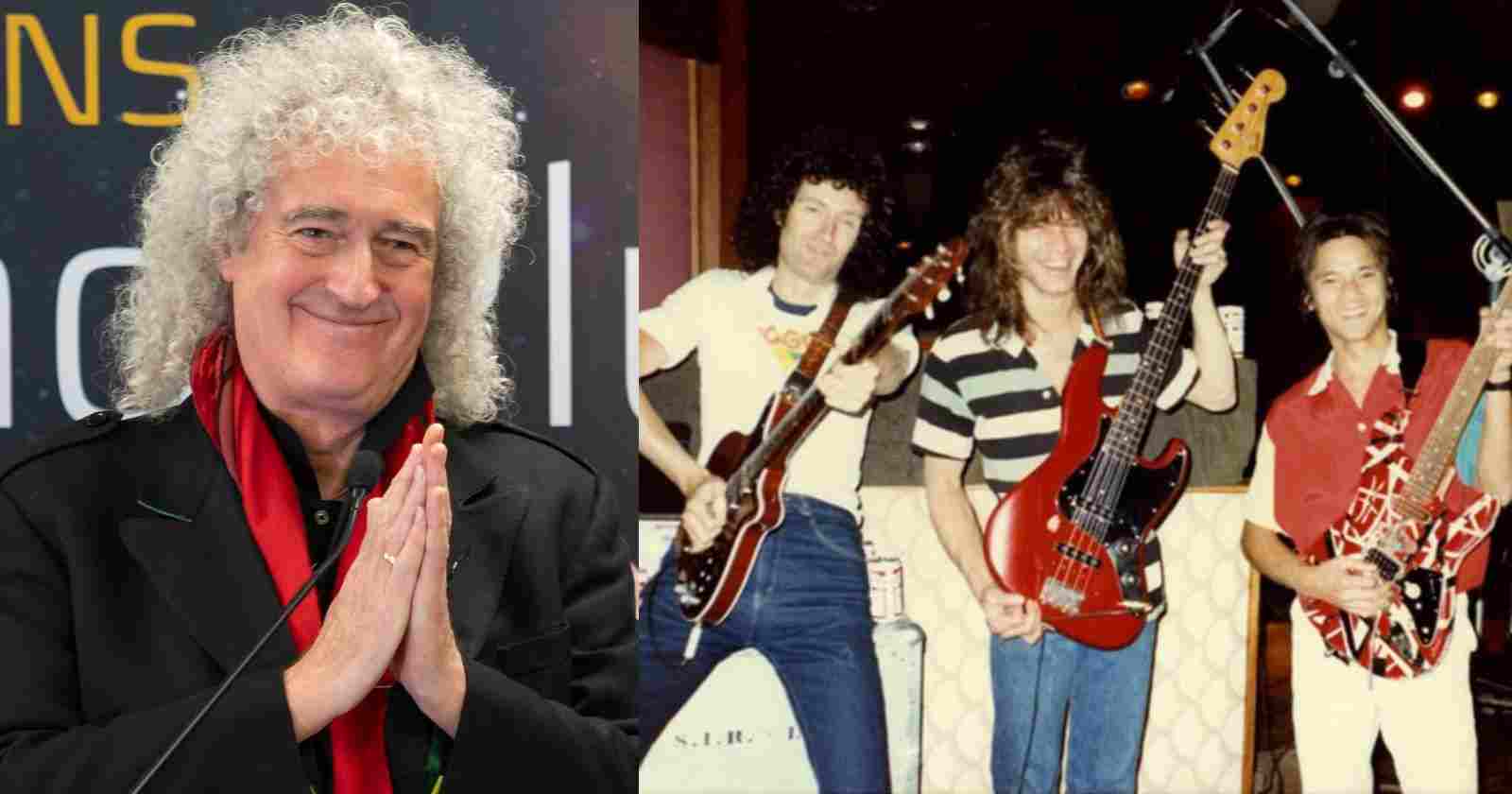 Queen guitarist Brian May recalled in an interview with Total Guitar when he played Eddie Van Halen‘s guitar “Frankenstrat” and Eddie played his “Red Special”. The musican also talked about the feeling he had when he first saw the late guitarist playing.

“I think of him as a boy back then. He was quite a bit younger than me. It was backstage in Munich when Van Halen were supporting Black Sabbath. I knew a little bit about Van Halen and luckily I got there to see them, because I was there to see Tony, and usually you’re late to a show if you’re just going to see your mate.”

“But I got there in time to see Van Halen and I was utterly blown away by Eddie. I just thought: I’ve never seen anything like this in my life. It was almost too much to take in. I remember thinking, ‘I don’t want to believe this.’ [Laughs] It was similar to watching Jimi Hendrix for the first time.“

With you and Eddie playing self-built guitars, did you compare notes?

“Yeah, we did. We talked about what he called ‘the brown sound.’ He said he’d been very influenced by the way my guitar sounded, the breadth of it, and the way it spoke. And he wanted that. He said, ‘I wanted that brown sound.’ And it’s a question of where you put the pickup, at what point under the strings – it’s technical talk.”

“Where do you put the pickup? He said none of the guitars he’d used had it in quite the right place, so he moved his pickup. His guitar looks very individual, but the thing that really made it so individual in sound is because he tuned where that pickup was – to like a hundredth of an inch – to get the right harmonics to make the brown sound.”

“And he had to have the right amp, of course. So we talked a little bit about that. But to be honest, it was more about, ‘What shall we play?'”

Did you swap guitars for fun?

How did the Frankenstein feel? The tremolo – did it feel alien and unusual to you?

“It didn’t feel familiar, no, because his tremolo is entirely different to mine, it’s loose and flops about. Mine is on the verge of being immobile, and wherever I put it, it stays. So that’s very different. I’m sure I could have got used to it after a while, but we just got on with playing basically,” Brian May said.