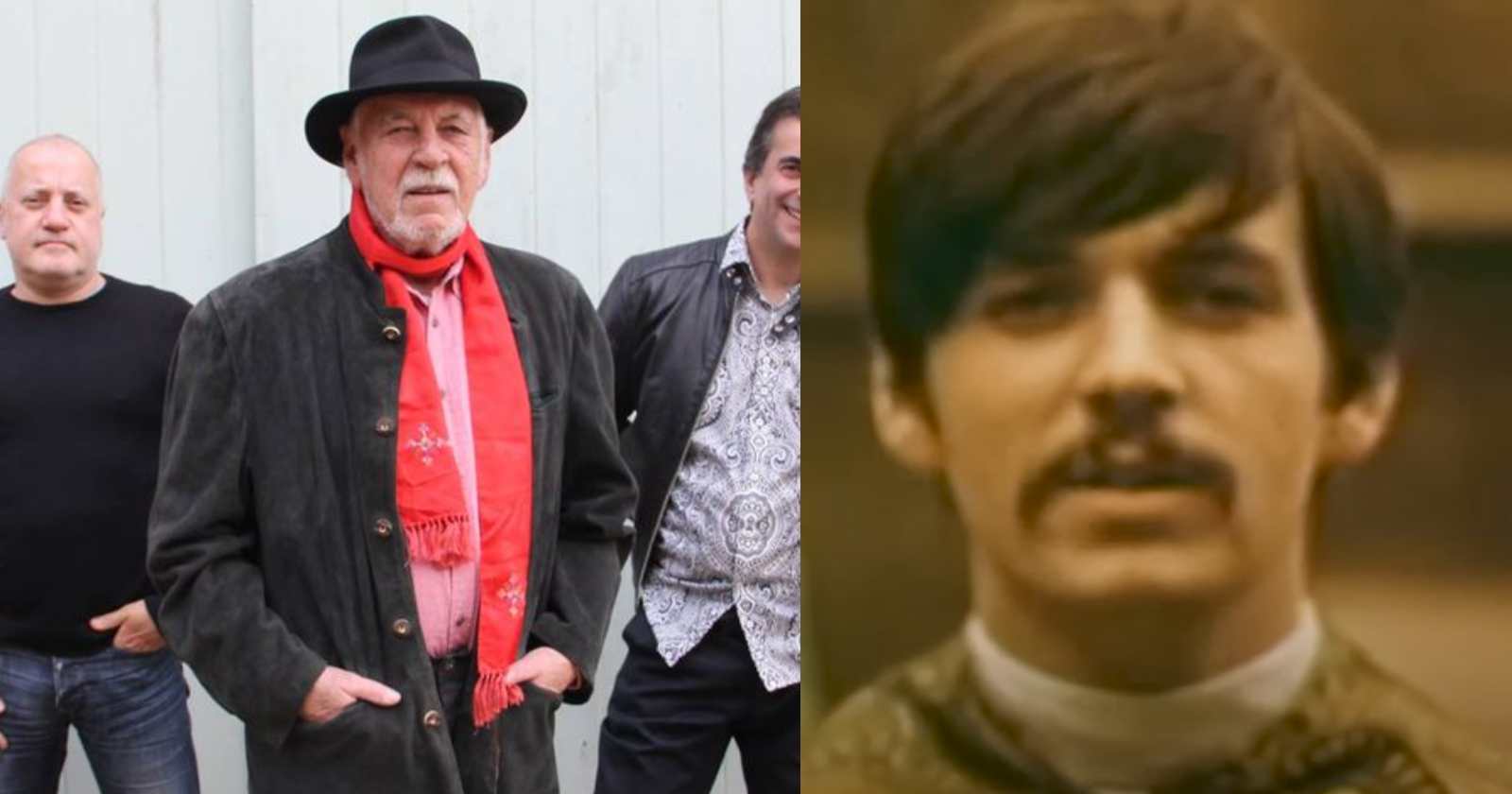 Gary Brooker, the legendary founder, singer and pianist of the important British Progressive Rock band Procum Harum died at the age of 76. The news was shared by the group’s website informing that he had been receiving treatment for cancer, but died peacefully back in February 19.

The band most famous song “A Whiter Shade Of Pale”, that Gary Brooker sang in it, released as a single in 1967 is often in lists of music magazines as one of the best of all time. Some of the other most recalled songs of the group are “Salty Dog”, “Conquistador” and “Homburg”.

Procul Harum talked about the death of Gary Brooker, saying:

“With the deepest regret we must announce the death on 19 February 2022 of Gary Brooker MBE, singer, pianist and composer of Procol Harum, and a brightly-shining, irreplaceable light in the music industry. Aged 76, he had been receiving treatment for cancer, but died peacefully at home.”

“From his earliest onstage duets with his musician father, through his youthful recording career with Southend’s The Paramounts, Gary exhibited and developed a highly-individual talent. His first single with Procol Harum, 1967’s A Whiter Shade of Pale, is widely regarded as defining ‘The Summer of Love’, yet it could scarcely have been more different from the characteristic records of that era.”

“Nor was it characteristic of his own writing. Over thirteen albums Procol Harum never sought to replicate it, preferring to forge a restlessly progressive path, committed to looking forward, and making each record a ‘unique entertainment’. Gary’s voice and piano were the single defining constant of Procol’s fifty-year international concert career. Without any stage antics or other gimmicks he was invariably the most watchable musician in the show (he played several other instruments in the studio).”

“Though sometimes regarded as ‘classical’, his roots were in the blues, Ray Charles and Little Richard. His voice was soulful, without vibrato, and his piano-playing robustly inventive. Blessed with hungry ears, he enjoyed and absorbed all kinds of musical styles, taking a Postmodernist’s delight in weaving unexpected threads into the fabric of his own compositions. Never prolific, he did not care to write to order, preferring to wait for inspiration to strike. His masterpiece, 1969’s A Salty Dog, derived its instantly-recognisable opening chord from a Swiss locomotive siren; yet as with all his finest pieces its harmonic structure evolves with intriguing, unpredictable logic, and carries its listeners on a thrilling emotional voyage.”

“His influence far exceeds his output. Procol’s long suite, 1968’s In Held ’Twas in I, is an acknowledged inspiration to many artists, not least The Who and Queen. Procol was the first rock band to perform live with its own choral and orchestral arrangements. Entirely self-taught, Brooker’s beguiling scores bristle with melodic interest, always serving the songs and never – as with so many later imitators – treating the contrasting resources as oppositional.”

“The last of some forty Procol gigs involving the world’s most renowned orchestras and concert-halls was at the London Palladium; its predecessor was a notable live BBC Radio presentation. It was intriguing, as Gary pointed out, how Procol Harum’s popularity, across the world, kept on growing. But music not written at the dictates of fashion has no cause to fall from favour.”

“Brooker was much in demand as a collaborator: he played, wrote and sang for Eric Clapton’s band and with Bill Wyman’s Rhythm Kings. He toured with Ringo’s All-Starrs, and contributed to solo projects for Paul McCartney and for George Harrison, who guested on one of Gary’s four solo albums. Gary played and sang at the Albert Hall in 2003’s Concert for George. He also accepted commissions – a Danish Royal Ballet score, a piece for massed brass bands in Switzerland – and sang by invitation in Sir Alan Parker’s Evita film.”

“Musical celebrities from Gary’s bulging address book flocked to play at his own all-star presentations, always raising money for charity (work recognised by his 2003 MBE). He also fundraised with ‘No Stiletto Shoes’, a high-energy side-band that delivered the music of his earliest influences with raucous commitment. His last charity project raised over a million pounds for the Royal Marsden Hospital with a single concert – days before 2020’s first Covid lockdown – at London’s O2 arena.”

“Gary’s charisma was by no means confined to the stage. He lit up any room he entered, and his kindness to a multilingual family of fans was legendary. He was notable for his individuality, integrity, and occasionally stubborn eccentricity. His mordant wit, and appetite for the ridiculous, made him a priceless raconteur (and his surreal inter-song banter made a fascinating contrast with the gravitas of Procol Harum’s performances).”

“But for all his other interests and skills – prize-winning angler, pub-owner, lyricist, painter, inventor – he was above all a devoted and loyal husband to Franky, whom he met in 1965 and married in 1968. Our thoughts must be with her, their families and friends at this extremely sad time,” Procul Harum’s statement said.