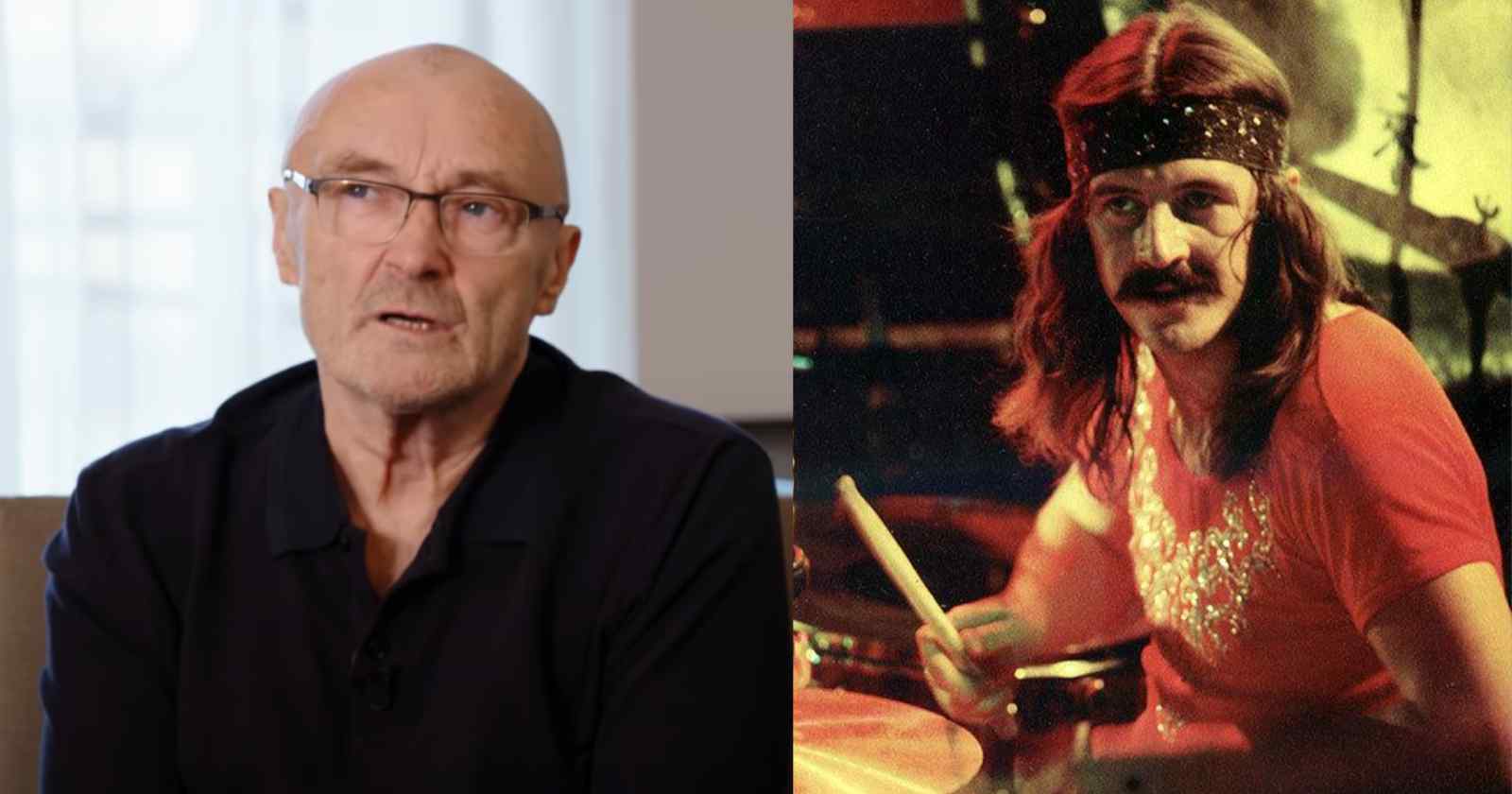 Born in Redditch, Worcestershire, England in 1948, John Bonham made history as the drummer of Led Zeppelin, one of the most successful bands of all time. The drummer who tragically lost his life at the age of 32 in 1980, still is a huge influence to Hard Rock and Heavy Metal drummers all over the world and was crucial for the success of his band. Over the decades many of his peers talked about his work and technique, one of them is the Genesis singer and drummer Phil Collins.

What is Phil Collins’ opinion on Led Zeppelin’s John Bonham

Phil Collins was lucky enough to see John Bonham before he was in Led Zeppelin as he recalled in a radio interview back in 2016 with BBC 6 Radio (Transcribed by Rock and Roll Garage). The musician talked about the 5 drummers he likes the most and one of them was Bonham.

“I saw John Bonham play at the Marquee Club with Tim Rose who was a American singer. He did this hit version of ‘Morning Dew’ and he was on tour and had this guy John Bonham on drums. I went to see Tim Rose. But when I saw Bonham I had never seen anything like it.”

“He had the best bass drum of anybody I’ve ever seen. I became a convert there. So I started to follow him wherever he was doing rude to be playing in a band. Next time I saw him was with Led Zeppelin, when they were still called The New Yardbirds. The early Led Zeppelin was something to behold because nobody was doing that,” Phil Collins said.

Curiously, as the drummer Jason Bonham, son of the late John Bonham, recalled in an interview with Steve Newton back in 2010, his father got angry once because he lost a drummer’s poll of Melody Maker magazine for Phil Collins.

Jason Bonham was only 14 when his father passed away and he said in the interview that he doesn’t remember taking many drum lessons from his old man. However, he remembers that shortly before his father’s death, John made Jason to play along to the Genesis song “Turn It on Again”.

“I think Phil Collins had just beaten him in the Melody Maker drummer’s poll. He came in and said, ‘Play this.’ (So) I went over it a few times. Then he said, ‘Yep, okay, that’s cool.’ I think it was probably his way of going, ‘Hey, what’s the big deal about that guy? My son can play that!’” Jason Bonham said recalling his father.

Led Zeppelin came to an end after John Bonham’s tragic death in 1980 but the remaining members John Paul Jones, Jimmy Page and Robert Plant reunited at Live Aid in 1985 for a good cause. To perform the Zeppelin classics at the charity concert they recruited the Genesis drummer and singer Phil Collins. They performed the songs “Rock and Roll”, “Whole Lotta Love” and “Stairway To Heaven”.

However, the guitarist Jimmy Page wasn’t happy with the performance of Phil Collins on the drums as he revealed in an interview with The Times in 2021. (It was) “not very clever” (To reunite and have Phil Collins). “The drummer couldn’t get the beginning of ‘Rock and Roll’. So we were in real trouble with that,” Jimmy Page said.

What Collins said about that Live Aid concert with Led Zeppelin

In 2020, Phil Collins recalled that moment in an interview with Classic Rock. The musician said that at the time he was playing on Robert Plant’s solo records and he helped Zeppelin to be part of Live Aid. “By the time I got there, me and Robert and Jimmy playing together had become The Second Coming Of Led Zeppelin. John Paul Jones was there too. Jimmy says: ‘We need to rehearse.’ And I said: ‘Can’t we just go on stage and have a play?'”

“So I didn’t rehearse when I got there. But I listened to Stairway To Heaven on Concorde. I arrived and went to the caravans, and Robert said: ‘Jimmy Page is belligerent.’ Page says: ‘We’ve been rehearsing!’ And I said: ‘I saw your first gig in London, I know the stuff!’ He says: ‘Alright, how does it go, then?'”

“So I sort of… [mimes the Stairway To Heaven drum part], and Page says: ‘No, it doesn’t! It doesn’t go like that!’ So I had a word with [co-drummer] Tony Thompson. Cos I’ve played as two drummers a lot and it can be a train wreck. I say: ‘Let’s stay out of each other’s way and play simple.’

“Thompson, rest his soul, had rehearsed for a week, and I’m about to steal his thunder – the famous drummer’s arrived! – and he kind of did what he wanted to do. Robert wasn’t match-fit. And if I could have walked off, I would have done. Cos I wasn’t needed and I felt like a spare part,” Phil Collins said.